‘Meme City’ By Tropa Magica, The New Single From The Upcoming Album 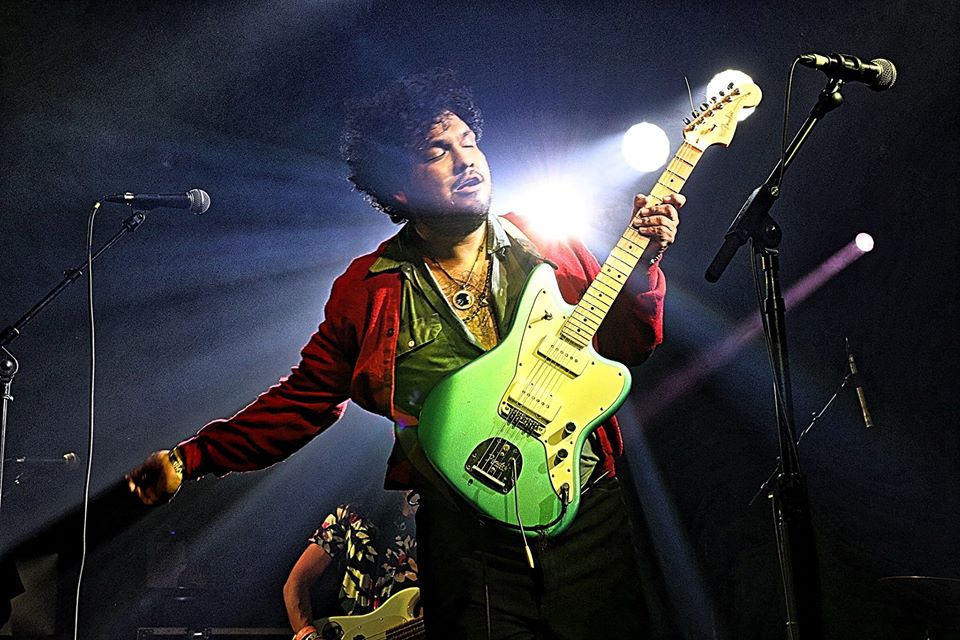 Psychedelic Cumbia punk band Tropa Magica, led by the Pacheco brothers, is about to release a new LP, ‘Tripiando Al Infinito En Mi Recamara’ (‘Tripping To Infinity In My Bedroom’) which will be a follow up to their 2018 self-titled album, and to a series of single, such as ‘Feels Like Tijuana’, that was embracing the group’s Mexican roots with a Café Tacvba taste, and ‘Chalino y Sus 7 Balazos,’ a devilish Cumbia surf party. But we will soon have a little taste of the new material with the opening track, ‘Meme City.’

I had the chance to listen to ‘Meme City,’ a very groovy song opening with a psychedelic Pink Floyd-esque soundscape, atmospheric vibrant guitar, UFO sounds, and engaging beats. It’s quite different from what Tropa Magica had released before, but soon the song transforms itself into a joyous synth-driven surf-guitar dancefloor filled with layered vocal harmonies and a ‘70s hallucinogenic haze. It’s the perfect track for your long summer nights, which opens with this line ‘I can see the stars in LED lights, I can now get high and it’s not a crime’ while some of the lyrics involve an invitation to ‘smoke my weed.’

I have seen Tropa Magica at local gigs and festivals several times, they were also opening for FIDLAR a few years ago at the House of Blues, and these past years, they played Desert Daze and the giant Tropicalia festival. Their sets always were a joyful toe-tapping trip with infectious bass lines, hypnotic grooves, ferocious vocal assaults, while each of their songs sounded like a reinvented patchwork of sounds, blending East LA rhythms with indie rock while echoing of a million of fiestas. Did I also say they were a riot?

The single ‘Meme City’ will be out this Tuesday, June 30th, listen to a snippet below: