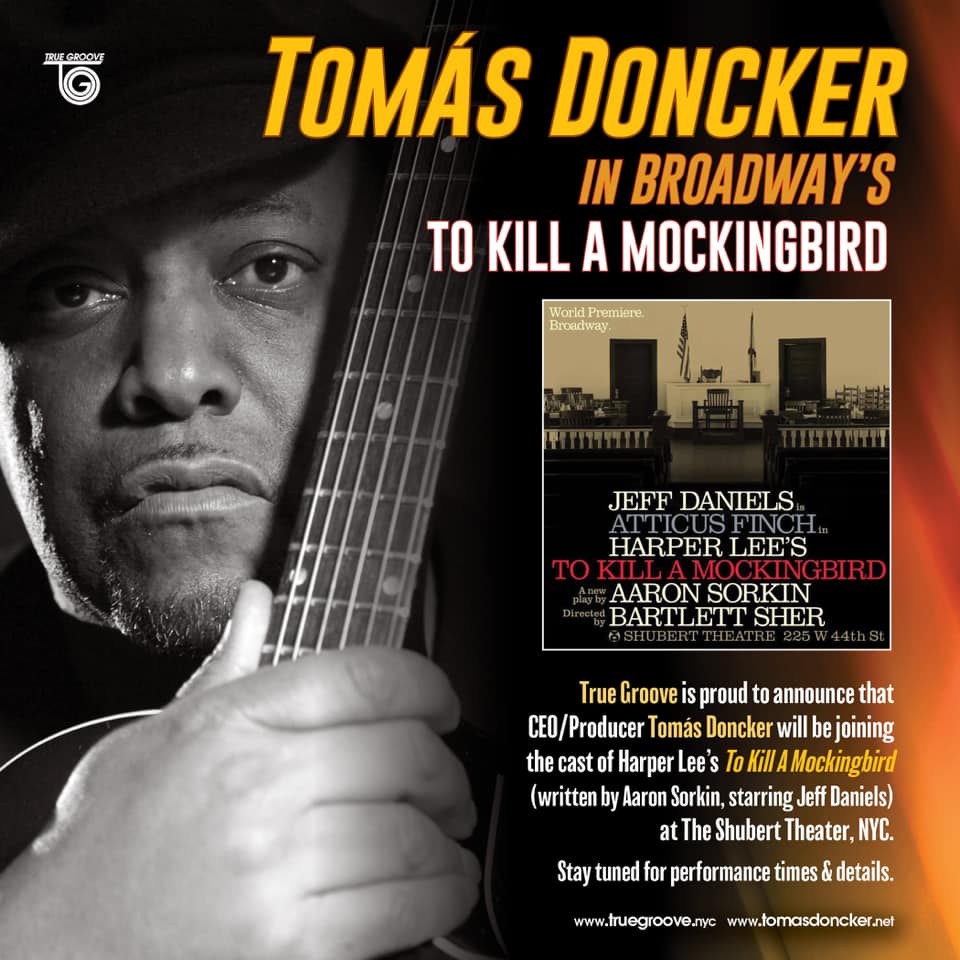 “To Kill A Mockingbird,” the Scott Rudin production of the Aaron Sorkin adaptation of Harper Lee’s beloved classic novel, hasn’t had an empty seat since it opened. It is the highest grossing American play in Broadway history, as Sorkin, daringly, updates the entire concept of race, crime, and punishment, for a modern audience. Whether this means Dill (the third wheel friend, based upon Truman Capote), being clearly homosexual, or the black maid, Calpurnia, a counterpart to the imbued in racial hatred, and also racial condescension, 1930s South,  and Jeff Daniels (soon to be) award winning Atticus Finch as less godlike goodness, and more difficult humanity, than the original. it is the same only clearer in the 21st Centuries moral update, and is to the middle of this production, that Tomas Doncker joins the cast.

Tomas Doncker began his career as a teenage guitarist in some of the great No Wave bands of the early 1980s, before becoming an in demand session player. After releasing a solo album he decided that the natural next step was to form a record label, True Groove Records, and lead the house band, the True Groove Allstars. It was as the CEO of True Groove that he produced Marla Mase’s family saga “The Pill” for a sold out run at La Mama two years ago, as well as working on many off Broadway (sometime so far off, it took him to Texas) productions.

Tomas is currently working with Pulitzer Prize winning  New York State  Poet Laureate Yusef Komunyakaa on the Black Magnolia Project, adding another layer to the constant responsibilities of the label. “I realized it would be difficult to find the time it would take for me to join the cast at Shubert Theatre, but especially in a day and age when black rights, immigrant rights, and basic human rights, are under attack from the Government on down, it would be irresponsible of me not to accept the challenge of appearing in the Broadway play. Fortunately, I have partners in True Groove, Marla Mase and James Dellatacoma, who both realize its significance and are capable of helping keep the company rolling. True Groove was formed five years ago, and even last year, when I was touring Finland, it would have been impossible to find the time. Fortunately, the stars aligned and I’m both humbled and honored to be involved with this groundbreaking production at this moment in history.”

The exact date when Doncker opens has not been announced yet, and while more tickets have been recently released, once it wins the Tony, not a foregone conclusion but a distinct possibility, you’ll need to sell your house to buy a ticket… and it might be worth it.