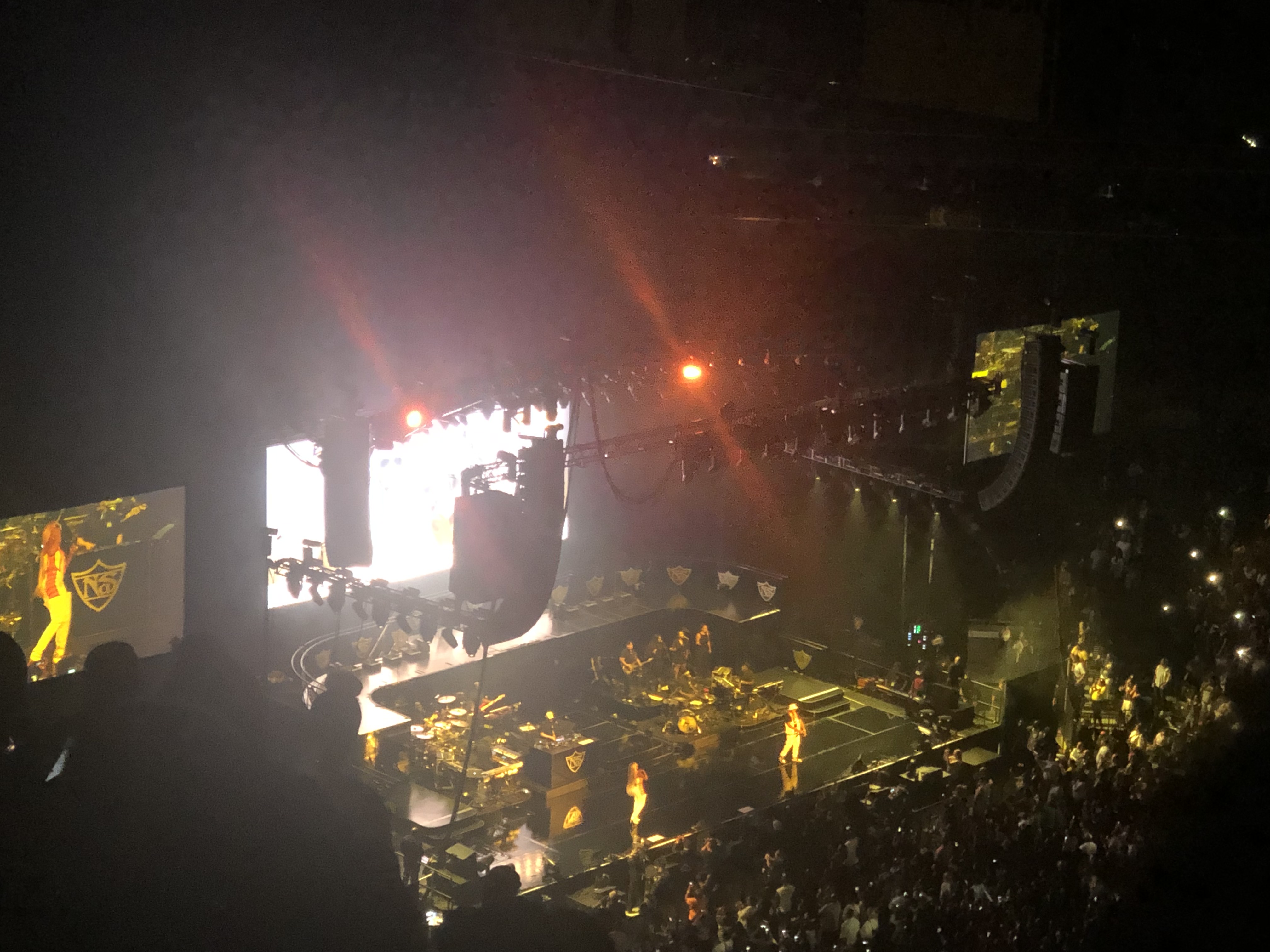 “This is my home, this is my town,” Crown Heights born  Nas bellowed some twenty minutes into his blistering set at Barclays Center last night. I always considered him a Queens boys(after all, it was the Queensbridge Projects that inspired Illmatic), but if a performance in Brooklyn brings out the best in him, that’s fine as well. Nas came out with Mary J. Blige to perform two new songs, neither of them all that, then Mary disappeared and for the next twenty minutes Nas re-established himself as one of the greatest rappers of all time. With a live drummer, two turntables, a keyboardist and a synth behind him, Escobar barreled his way through “It Ain’t Hard to Tell,” “Halftime,” “N.Y. State of Mind,” “Life’s a Bitch,” “The World Is Yours,” “One Love,” “Hate Me Now,” “I Can,” “Nastradamus,” and “Got Ur Self a Gun” in as dexterous and nimble a piece of rapping as I have ever heard. The sound was crap, the drums a muffled blah, the beats veering towards Nas as though he might have to duck to get out of the way, and it just didn’t matter.

This is why some people are royalty, this is why sometimes a great musician can work through everything in the world. Though after years of indifferent albums, peoples patience with Nas might be on the wane (his seven song Kanye West produced album last was the worst of West’s work last summer, Pusha T was vastly superior), f they had seen him last night at Barclay Center they’d have changed their minds. Nas changed my mind. I didn’t consider him a has been (and The Lost Tapes 2 earlier this year was fine), and  I considered him somebody who had slipped out of the conversation and 25 years after Illmatic, Nas was still just the story of Illmatic. But on stage, Nas’s confidence, his work ethic, the way he brims through his words, as though he takes half of the braggadocio associated with hip hop and then adds a clear eyed vision of life for poor black people raised in the project, for a mix different and better than anyone elses.. When put together, the hooks remain standard bearers but there is a depth of emotional catechisms that keep on exploding. The rest of his set staggered back a bit (and, the only misstep I could hear was closer “One Mic,”  simply wrong to end his portion of the evening (though he would join Mary J Blige for a couple of songs). Having said that, Nas is such a gifted guy, he comes across as neither arrogant nor a blowhard, but a complete professional whose skills are the envy of everybody in the industry. And by the time he reaches “Oochie Wally”,” a sex symbol and a fun guy.

Mary J. Blige, on the other hand, while having a whale of a time, and keeping singlemindedly to the biggest songs on her terrific catalog, was good but seriously hurt by the acoustics (which killed every single melody line dead in its tracks). The last time I saw Mary J was in late 2016 at MSG (here) and I wrote: “Mary J, reeling from Trump’s win and a divorce from her husband and manager, could have gone either moribund or angry and she went angry: the sense of betrayal that was always part of her 411 came out not as mourning but a charged up r&b flavored party. Yes, we got lectured some, but not that much by Mary J Oprah redux fashion, instead we got old school live and dangerous takes on some of her greatest material.” It was a Mary J we had never seen before, though, to be fair, so was Mary basking in her songs and how they were turning grown ups into overjoyed teens.

Yet, between the sound, and the rushed quality, it wasn’t a great performance. Good, sure, but it failed to push any boundaries, and while I am all for a victory lap, for both performers, if the sound is hurting you (and if you have the crap seats I had), you needed something more from even Mary J (Grade:B)