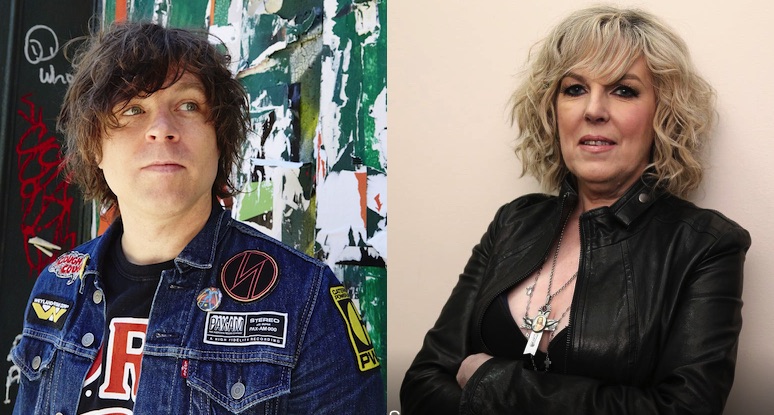 In an interview she did last year with the Guardian, Lucinda Williams discussed her new album, her career, her life in general, and the state of the world. However, the unavoidable Ryan Adams subject came up. One of the songs on her last album ‘Shadows & Doubts’ is billed in publicity as confronting ‘our quick-to-judge, social-media-led society,’ and it is difficult to not think about Adams, especially with lyrics like ‘You’ve left behind you/You run into dead ends/When you don’t even try/You cut off your friends/When you get too high/And now the press/Has found you out.’ Even though Williams insists the song should be regarded as ‘more universal or open to interpretation,’ she is willing to comment on the subject:

‘Look, I know Ryan, and I know he’s fucked up a lot of things. He’s one of those people who you can love but he can also piss you off. God knows he’s made enough mistakes.’

‘This is looking at somebody who basically fucked things up and trying to deal with seeing that person in that place but still being concerned about them. I still love Ryan. Do I agree with what he did? No. I’m not trying to say: ‘Oh, poor Ryan, he was all misunderstood.’ I’m just taking the situation and turning it into a song, but I think you can apply it to different things. I don’t want this to seem like I’m completely defending his actions.’

‘And the other thing is, it’s an illness,’ she adds later in the interview. ‘It’s very taboo but it’s another form of mental illness, and they need help.’ This is certainly a discourse we haven’t heard at all during the Ryan Adams debacle

Lucinda Williams and Ryan Adams have known each other for a long time, but, at the time of the interview, Ryan Adams’ new album ‘Wednesdays’ hadn’t been released yet. Today the infamous singer-songwriter posted on his social media a quote from Lucinda, praising the album: ‘This album of Ryan’s has found its way into my dreams. It begs to be discovered.’ It’s a nice endorsement from a very respected artist, and she is surely taking some risks by doing this. But she should get a lot of respect for not giving-a-fuck about the public opinion while having a clear and fair view of the situation, regarding art over cancel culture.

Now I am waiting for some statement from Emmylou Harris who sings on ‘Wednesdays,’ as she and Ryan have a long story together. This won’t probably happen, and this won’t change people’s opinions but it still matters. In the end, Lucinda is 67, so it probably is a generation thing.