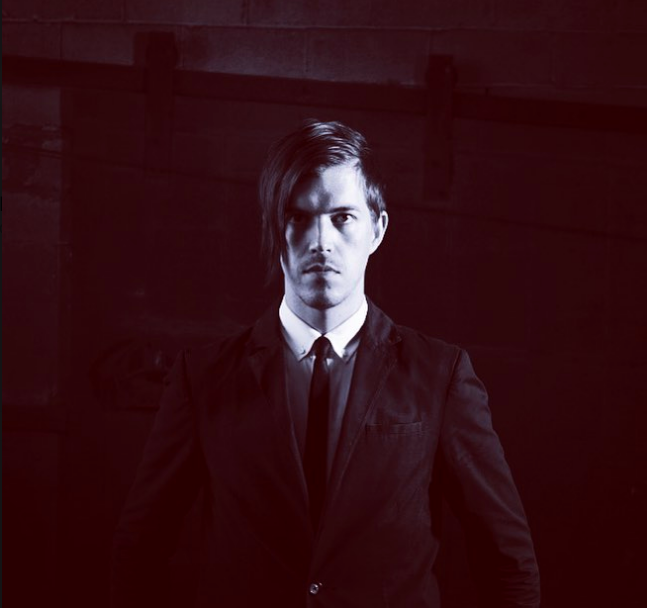 “…Icy synths and rhythmic bass cut through the mix while Brooks lets loose a torrent of morbid imagery that includes pockets lined with stones and water filling lungs. Fans of touchstone 80s groups like Depeche Mode and The Cure will find a lot to love here.“
– The 405

During a trip to Hanayashiki Park in Tokyo, Avery Brooks finally found a moniker for a collection of songs he had been working on in private. It was a small placard, glanced in passing, but the phrase stuck with him. ‘Lost Children’ spoke to his ongoing preoccupation with aging, mortality, and the anxieties of adulthood. Time has been a theme for Brooks since his first release, Our Fallen Cities, which was a soundtrack to visions of post-apocalyptic America, a score of love songs meant to accompany a dimly-lit futurist nostalgia. With tracks like “Time is Running Down,” Brooks made no secret of his subject matter, nor did he stray from his unswerving orbit around an 80’s sensibility: much of Our Fallen Cities feels like an updated Depeche Mode, giving free reign to dark, skeletal clanging and judicious use of vocoder. Specters finds Brooks no less fascinated with his own death drive, this time letting the songs fall into the familiar shapes of ghost stories. Brooks continues to pay homage to his darkwave heroes, but here he allows his synths to stretch their legs with dizzyingly intricate programming, employing denser, more shimmering textures and letting small patches of light slip through. Vocal lines are woven through the mix, often acting as synth pads themselves, stretchy layers draped across steely percussion. Despite their morbid fascination, the sounds are very much alive, pulsing choirs of synth tones in vivid spectrums of dark blue. Brooks’s friends and bandmates from Ravens & Chimes,Selebrities, and the Ice Choir contribute guitar parts and backing vocals. Specters is a sensitively woven sonic space that deals primarily in darkness, but glows with a slight warmth around the edges.

Altered Spirit picks up where Spectres ended, with an unreleased track, as well as remixes from some dark wave and synthpop collegues, including one from hero Gary Numan. Gary remixed the opening track from Spectres, “Winter’s Song”. Gary was assisted in the remix effort by producer Ade Fenton, who has worked extensively on Gary’s latest albums (including Savage). Another group, the Birthday Massacre, who share a similar modern and dark but with heavy 80s influence remixed Hillside, led by Rainbow and M. Falcore. All the artists involved brought their own personal touch to the remixes, taking Lost Children’s songs to new and interesting places.

Along with the remix album come two ambitious music videos, from directors Ryann Thompson and Richard Joneleit. The video for Hillside found the small army involved hiking up a mountain to an abandoned hotel, lugging a heavy film camera on their backs, a brave actress wading into freezing cold water. “Winter’s Song” was shot over several years, to capture the needed changes of seasons and weather. It also required that Lost Children lead singer and producer Avery get his motorcycle license, navigate an underwater shoot at a scuba diving school in New Jersey.