Lorde Dances On The Beach With ‘Solar Power’ 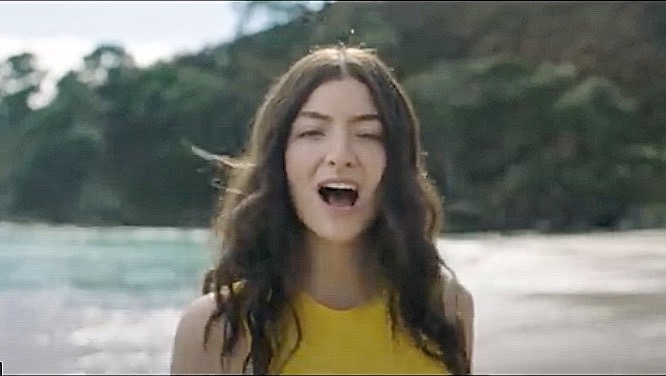 Lorde has found her Solar Power

Lorde has finally released a new song, her first new single since her 2017 album ‘Melodrama,’ and she couldn’t have done it more lighthearted, she couldn’t have gone more stripped down. Most of the song is her hushed vocals over a sparse guitar by producer Jack Antonoff, followed by a sweet multi-voice chorus, while she runs and dances free on a beach, wearing a sun-yellow outfit. Some people have mentioned some recycled sounds and I definitively can hear them… George Michael’s ‘Freedom’ anyone?

The visuals are almost strange for a Lorde song, a flirty follow-me on the beach, whereas the people in robes dancing and singing gave me an immediate ‘Jesus Christ Superstar’ vibe before she could say the line ‘I’m kinda like a prettier Jesus.’ Is this a parody?

Lorde has entered the summer with an uplifting song, and she may have joined a cult too, a free-spirited, hippie-revival cult who live on a beach, barefoot in the sand, free from modern technology – ‘And I throw my cellular device in the water/Can you reach me? No, you can’t (Aha)’

The no-shirt-no-shoe beach people are dancing like a reincarnation of the Polyphonic Spree or Edward Sharpe and the Magnetic Zeros – who would have known I would mention the Spree to describe a Lorde video? – while the omnipresent Phoebe Bridgers and Clairo provide backing vocals for the refrain who arrives without too much build-up: it’s a humble anthem that could have gone full bombast but never gets any close to that.

‘Solar Power’ is the first single from Lorde’s upcoming third studio album that she described as a ‘celebration of the natural world, an attempt at immortalizing the deep, transcendent feelings I have when I’m outdoors. In times of heartache, grief, deep love, or confusion, I look to the natural world for answers.’

It’s just a fun free-spirited song, nothing culture-altering like ‘Royals,’ but a post-winter, post-pandemic uplift… although who said the pandemic was over? As much as I hate the cold too, I honestly don’t get the hype, and I wonder who would have noticed the song without the Lorde signature on it.