Loïc Gouzer is the co-founder of Particle, a new innovative company leveraging blockchain and NFT technology to make fine art ownership accessible and inclusive. The company has launched a platform that will change the way people can own, collect, and experience fine art.

“Previously, owning great art has been out of reach for almost everyone. We are changing the narrative of ownership through NFTs and blockchain technology, while enabling a new collection experience by democratizing the ability to own the world’s greatest masterpieces” — Gouzer

Loïc has deep roots in the world of fine art. He was the chairman of Christie’s Post-War and Contemporary Art for seven years, where he orchestrated the sale of the five most expensive works ever sold at auction, including the record-breaking sale of Da Vinci’s Salvator Mundi for $450 million. In 2011, in partnership with Leonardo DiCaprio, he organized an 11th hour auction which raised $35 million for conservation efforts, which was the largest charity auction ever organized. He has advised some of the biggest fine art collectors in the world and is considered a leading tastemaker in the art market. Aside from that, he is also on the board of Oceana, a nonprofit dedicated to the preservation and saving of the oceans. I was fortunate enough to have a first-hand conversation with Loïc directly from his home base in France.

I would like to know how you first became interested in art and became an art connoisseur.

I’ve liked art since I was first exposed to it as a kid. I vividly remember being enticed by this poster for a show, which made me want to look up the artist and read more about him. That hooked me into the art world, and I started working in a small gallery in my hometown in Geneva, Switzerland, and then Sotheby’s in London.

Do you draw yourself? Are you an artist, do you paint?

No, I wish I was. I wanted to when I was a kid, but I quickly learned that I was not good enough. I was very severe with my art, which made me realize that I’d actually be better as a critic. I’m lucky to have known early on to not waste my time trying to be an artist.

Particle feels like it is part of the NFT world. Am I correct? How is it different from a typical NFT?

It is very much a part of that world, but we’re utilizing NFTs in a much different manner. Basically, we are using blockchain technology and NFT technology to fractionalize each painting we acquire. Collectors can purchase these portions to reflect their ownership and have access to the original painting itself. That’s where the NFT component comes into play — collectors get an NFT that represents an ownership of the underlying physical artwork.

It’s amazing idea. How did you come up with this? What inspired you?

Since I was a kid, I always imagined a world where art is inclusive. The art market is inaccessible to most people and very few can afford these celebrated works. To this day, there hasn’t been an affordable way to be able to collect these masterpieces until now. I reached out to friends of mine who are on the forefront of the latest technology and my now motivated partners of Particle, who are experts on infrastructure, tech structure, and blockchain technology, and we started brainstorming how we can expand collection and ownership to a larger audience. We began working on this idea last year and now the technology is here to make it possible. 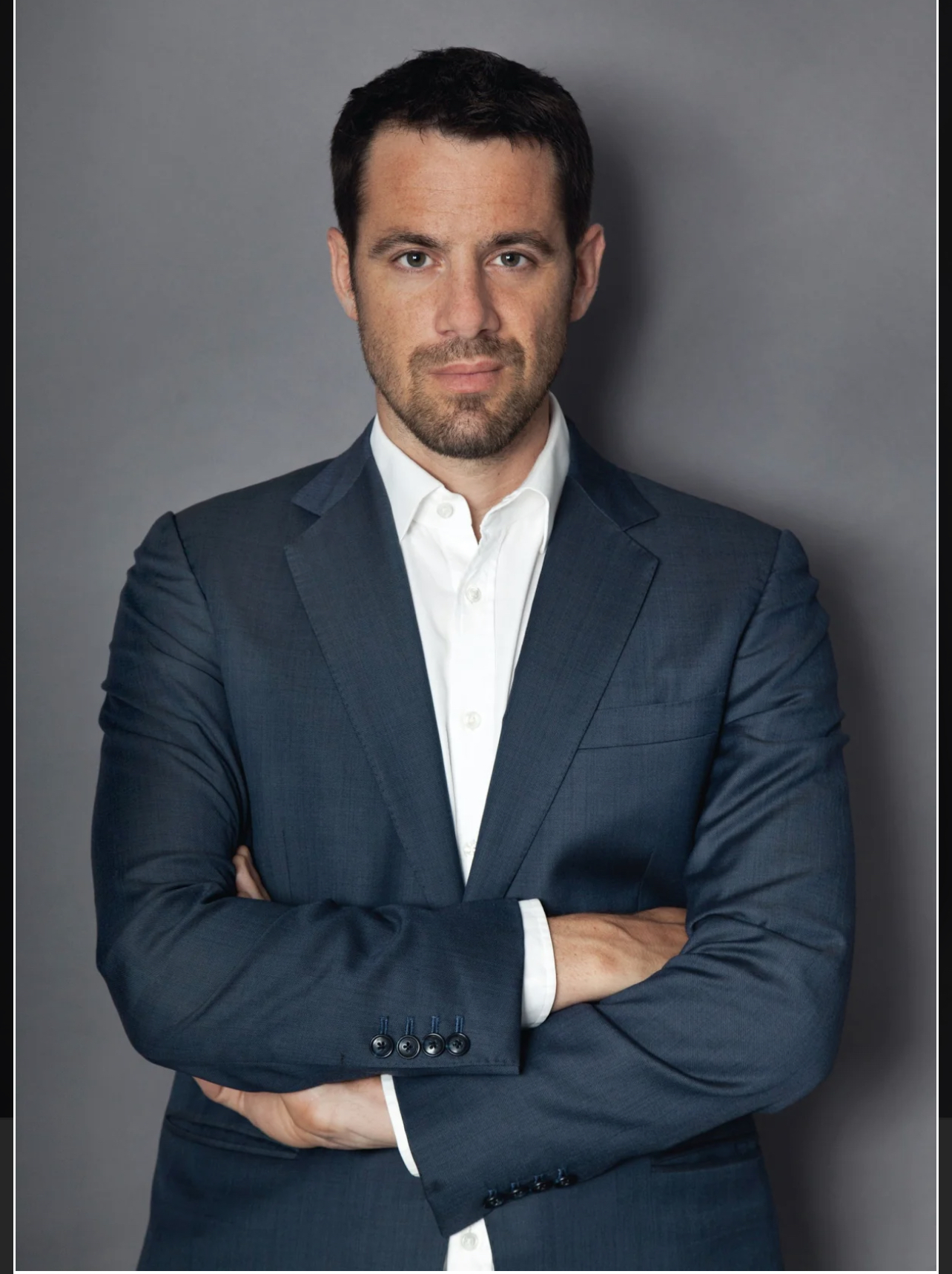 If I was an art collector and I wanted to get a hold of one of these masterpieces, how would I go about it?

Here’s how it works: once we announce that we are going to do a drop, there will be a primary sale — preceded by the work being divided into 10,000 “Particle” NFTs. Each NFT can be purchased by the public. If people like them, they can buy more, or resell them.

Can they also trade them?

Right now, what is the most expensive painting that you have that you are willing to sell Particles of and then preserve?

We bought our first painting at auction for about $10 million.

Now when you sell this, or do a drop, is it more of an auction or is it a sale to the public?

It’s a sale to the public. You sign up, there is a waiting list, and then there will be a process to decide who is able to purchase. One of the things we particularly love about launching Particle is that once the sale is live, everyone has a chance to own the piece and it’s not exclusive only for elite or wealthy people.

Do you have to have a large sum of money to participate? If not, what does it take?

That’s a good question. This is the whole idea: the mission of Particle is to open the door to a much wider community of people that can have access to any given masterpiece we offer. It’s going to be much cheaper than purchasing a physical version — in the ballpark of $1,500.

The difference between music and art is much of the enjoyment of art comes through seeing it up close. But once you’re lucky enough to see it in a museum or even on your phone or computer, the next level of experiencing a connection with the art is actually in owning it. It’s part of the experience of collecting. This is the experience that most people have been excluded from. Through Particle, we can welcome way more people into that experience. They can start by collecting one work and continue collecting additional works — but all these works will be part of the Particle Foundation for NFT collectors to view up close in person one day as well.

Well, it all sounds really exciting. Where do you hope Particle will be in five years?

We hope that Particle will be able to start building one of the greatest collections in the world as we continue to acquire great works. I’ve done this for some of my biggest collectors my whole working life, helping them source, find, and buy some of the best works of art out there. I am hoping to do the same for Particle as we start assembling a beautiful, comprehensive, top-level collection that belongs to all the Particle community. Hopefully this will be one of the collections that rivals some of the best private collections in the world, where eventually the community is engaged enough to be able to choose the works that they’d want for us to acquire for the Particle collection. I also hope art can be democratized the same way music was. I hope that the folks who are scared of entering a gallery, or a museum, or who just didn’t want to engage with it before, come around to start talking about great works of art and the joys of what it means to collect it.

I understand that you’re into saving the oceans. What are you doing with regards to that effort?

I’ve always been passionate about the ocean and the environment in general since I was a child. I think it’s because the global environmental crisis is the biggest crisis of our time. We are in a critical moment, if we don’t preserve our systems, there’s just no way back. I have put a lot of time and energy into conservation while serving on the board of Oceana, which is the largest ocean conservation NGO (non-governmental organization). I use my time and my connections with all the high network collectors, and through my manager’s book, to try to raise money for change so we can make the oceans, and in turn our entire world, a better and safer place for future generations.