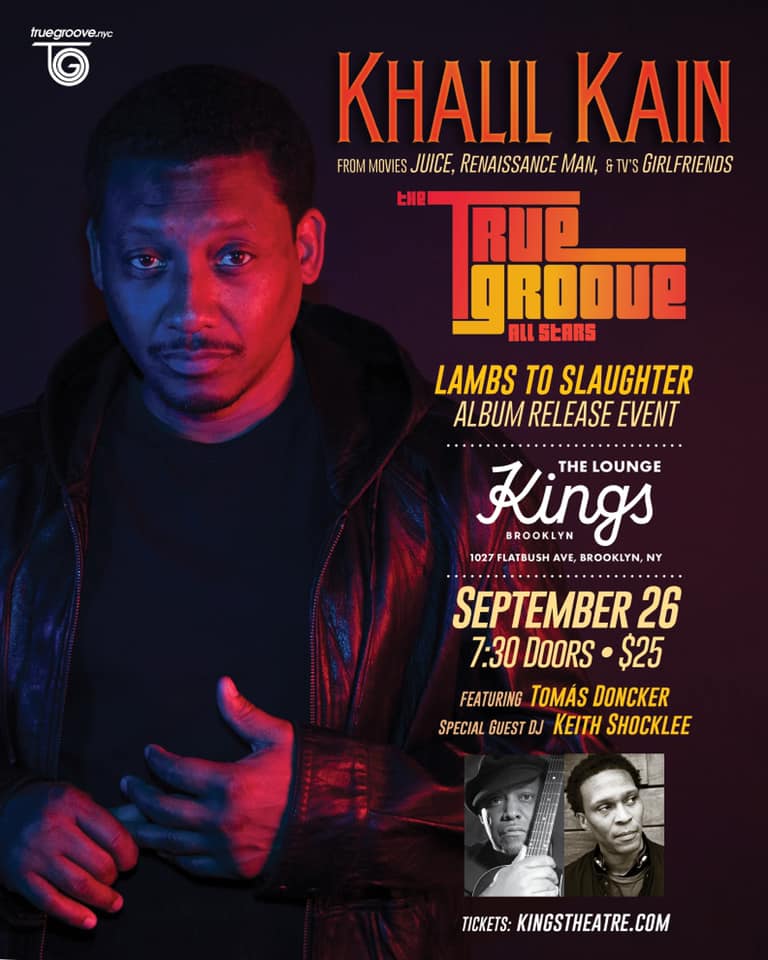 If ever a place and person were made for each other, it is Kings Theatre and Tomas Doncker. On Thursday they will meet as True Groove Records holds its record release party for Khalil Kain (Last Poet’s Gylan Kain scion among other things) spoken word debut Lambs To Slaughter. Sounds awesome and it needs to be because the last time these three guys got together was at the Bitter End in May and the result was a masterclass in modern sounds in black music. Tickets available at Ticketmaster (if it isn’t sold out), here

Monday – Nick Cave Words + Music – Town Hall – Messiah comes to answer all our questions. Where is Lazarus when you need him?

Tuesday – Lizzo: Cuz I Love You Tour – Radio City Music Hall – It’s not my fault I am missing it. The first date was a Sunday and I missed this second date. The nosebleeds are more expensive than Madonna.

Wednesday – Janelle Monae – The Rooftop At Pier 17 – Yes, but what has she done for me lately?

Thursday – Brian Wilson And The Zombies: Something Great From 1968 – Beacon Theatre – Sorry Zombies, not your, whoever was joining him, Brian would still be slumming it

Friday – Billy Joel – Madison Square Garden – Maybe it is time for another visit?

Sunday – Ben Platt – Radio City Music Hall – I can not even