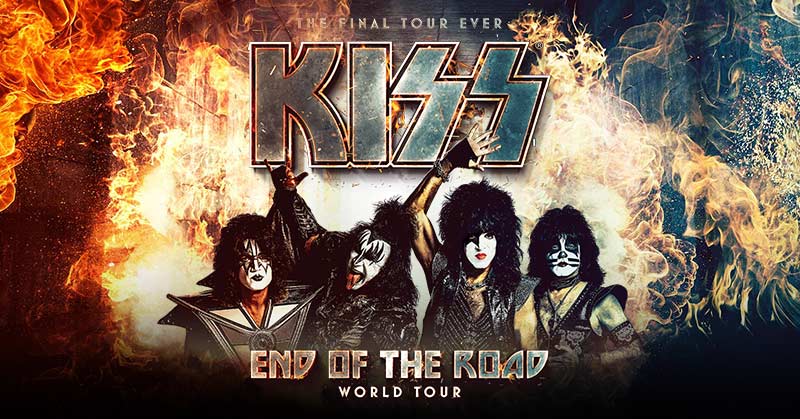 Ah yes, the final tour gambit: the last refuge of scoundrels from Ozzy to Cher, though KISS got quite a jump on it with 2000’s “Farewell Tour” and nearly twenty years maybe this will be it… so can you risk missing the metal monsters “End Of The Road” tour  at MSG on Wednesday… well, can you punk?

Wednesday – The Allman Betts Band w/ The Mallett Brothers Band – Brooklyn Bowl – So is talent hereditary? Check’ out the sons of southern rock

Wednesday – Billy Idol & Steve Stevens: Turned On, Tuned In and Unplugged –  Town Hall –  saw Billy perform a similar set at the Bottom Line in 2001 -if it is half as good you should definitely check it out

Wednesday – Meow Meow & Thomas Lauderdale – Sony Hall – Leave your troubles outside, so- life is disappointing? Forget it!
We have no troubles here! Here life is beautiful… The girls are beautiful… Even the orchestra, is beautiful.

Friday – Better Oblivion Community Center – Bowery Ballroom – Wow, was that album a turkey or what? The super down Phoebe with the old as dirt Conor…

Friday – Rock And Roll Hall Of Fame Induction Ceremony – Barclay Center – The last time I went, I was bored to tears… Radiohead are a no show, the Cure? Janet Jackson? Hard to say if it is worth your while