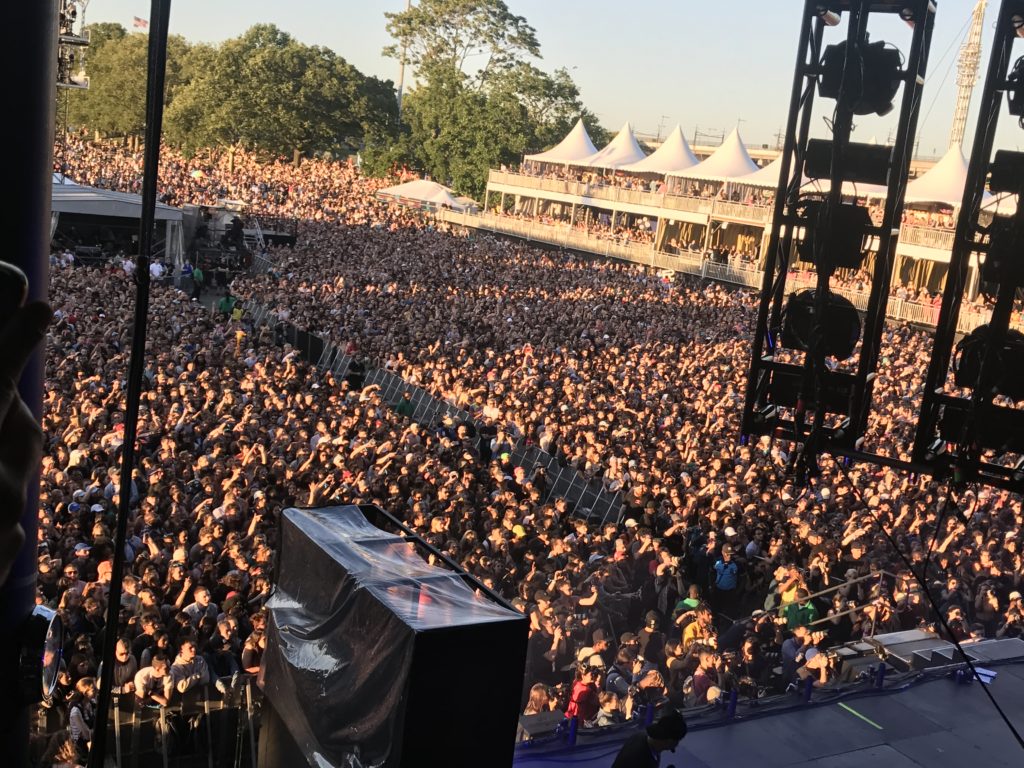 On my first Gov Ball, 2012, I went for one day only to see Fiona Apple (she was great here) and on the following year I saw the best Kanye West set I ever have (inches from the great man, here) and in 2015 the Strokes greatest moment -they would perform again in 2016 and no, lightning wouldn’t stroke twice, though it would sure strike in 2013 and 2019 when rainouts caused dangerous conditions and a monumental waste of everything. Obviously, they should have moved the festival to mid-July though even a sale to Live Nation didn’t make it happen.

Next weekend is meant to be in the mid-70s and sunny and so perfect weather for a three day festival cancelled due to the pandemic though when it come sto Gov Ball cancellations come with the territory.  True, I wasn’t crazy about the line up this year but crazy or not you always want to see Missy Elliott and, of course, from Friday June 5th – Sunday June 7th, what I will be doing is sheltering at home.

I’ve never been crazy about Gov Ball -at 63 years of age I’m a little too old to hang for three days straight, but there have been great shows year after year and it always worked at the very least as primer for who to see again. From Jessie Reyez to Brockhampton I’ve managed to see some bands and folks I would grow to love and though sometimes it worked against me (I am still recovering from a bad Charli XCX gig) for all the pain in the neck, rain, transport (they once closed a major artery to Randalls Island due to renovations, and I got lost walking to 125th and ended up in Spanish Harlem in the middle of the night), it was a highlight of the summer.All that notwithstanding, the first weekend of June was a mini-vacation for me, I took time off work, in 2018 and 2019 I invited my Great Niece Juliet with me (and in 2017, my ex-girlfriend’s daughter and her now fiancee), whine as you might, it was a real experience.

This year I will be at home on Saturday, streaming Laura Marling from London as the pandemic continues to wreak havoc. But at alternative rocknyc? Beep, Beep…