Live Through This: rock nyc’s Top Concert Picks For The Week Of November 18th, 2019 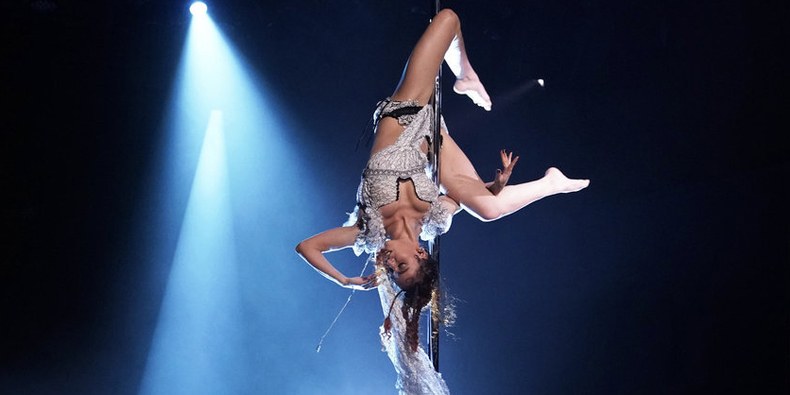 “She is sexual but no nonsense, on stage she exudes a sensuality lithe and slithery and wet without being exploitative of herself. It’s a neat trick and will take her far….” I wrote that about FKA twigs five years ago in a review of her Terminal 5 performance (here), and , on the strength of her epic latest release -the EDM meets tech meets new art school, romantic disaster movie Magdalene expect nothing but a superb, multimedia, dance and performance art plus, when Tahliah appears at Kings Theatre on Wednesday. Incidentally, no opening act and she appears on stage a pathetic one hour after the time on the ticket.

Monday – Tones And I – Mercury Lounge – The Aussie busker has been at the Top of the UK singles charts for a month, so assume plenty of industry types and expats will be there.

Monday – Danny Brown, Ashnikko, Zeelooperz – Warsaw –  Danny’s latest came and went without a ripple, which doesn’t make it anything less than great. Debatably,  the best living live on stage rapper

Monday – Prince: The Beautiful Ones – Town Hall – Despite Prince’s attempts through his life to keep control of his music, death caused him to lose all control. Memoir this, motherfuckers.

Tuesday – A Day to Remember w/ I Prevail – Terminal 5

Tuesday – SuperM: We Are The Future Live – Madison Square Garden – SuperK-Pop -should be crayon

Tuesday – Tool – Barclay Center – If I wasn’t gonna be at FKA twigs on Wednesday, I’d be here tody.

Wednesday – Alice Merton – MHOW – The “Why So Serious” woman

Friday, Saturday – Brockhampton: Heaven Belongs To You Tour – Hulu Theater at Madison Square Garden – Not only was the album, though it didn’t do well, excellent, but also their live show is terrific.

Friday – Gesaffelstein – Kings Theatre – AT Governors Ball last June, he had people doubling back to check out the industrial strength EDM

Saturday – Titus Andronicus –  Bowery Ballroom – If you have never Patrick on stage, he presents one of the greatest live shows of all time.