No Mansfield, creator and lead singer/guitarist of the San Francisco psyche band “Revolushn” acoustically previewed the faction’s new CD “3” in a striking one man performance at the “Underground Caffeine“ located at 447 Central Ave in Brooklyn NY this past Sunday 8/8/21. 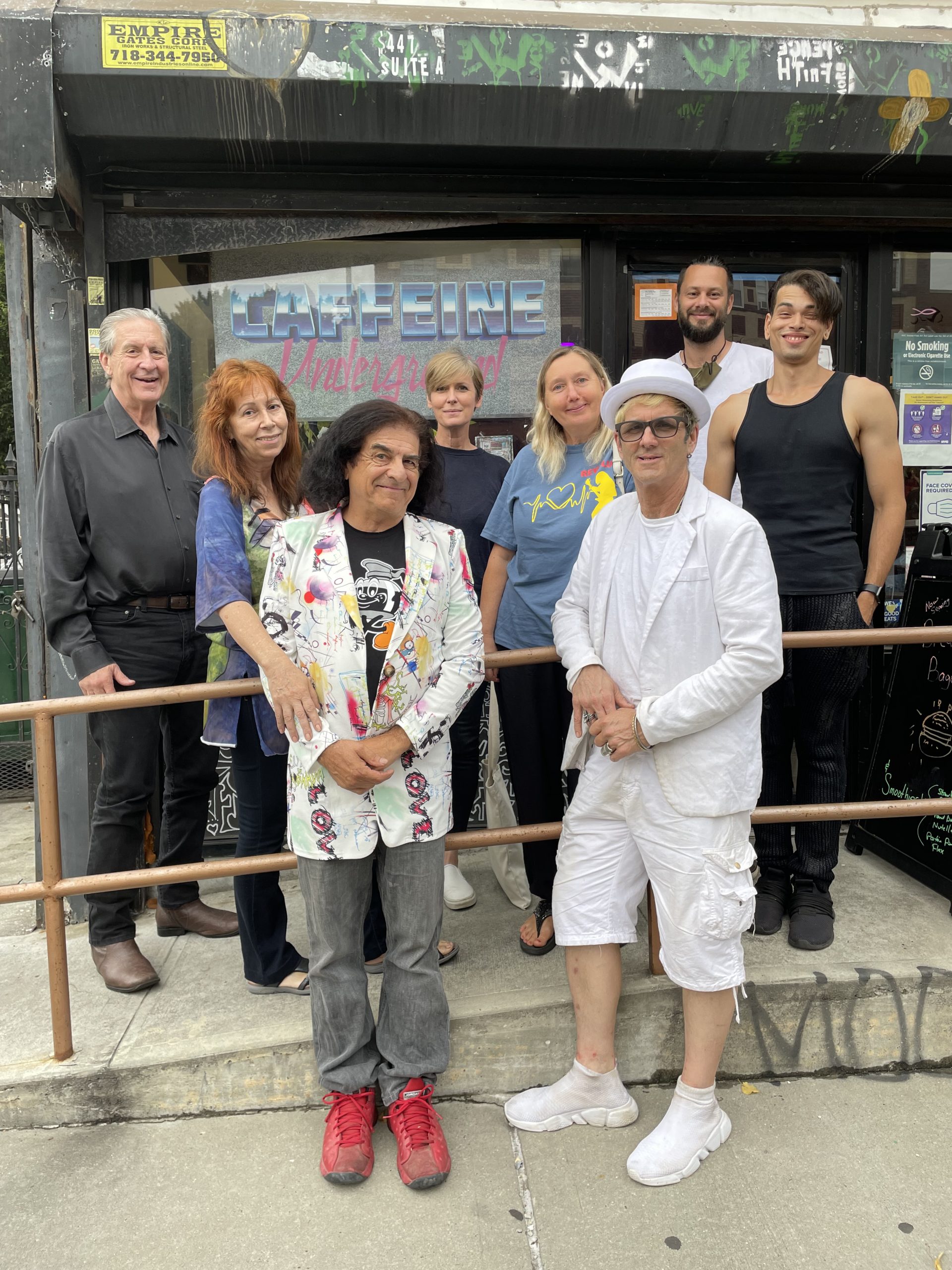 Caffeine Underground is owned and operated by the infamous DJ Ian Ford, (a popular NY Nightlife DJ), and takes refuge from the past with its edgy and eclectic psychedelic persona. A place to relax and enjoy a performance while tasting coffee and tea of all kinds, flavors and characteristics. The artsy venue is a calming haven surrounding the new avant-garde alter-ego of Brooklyn. 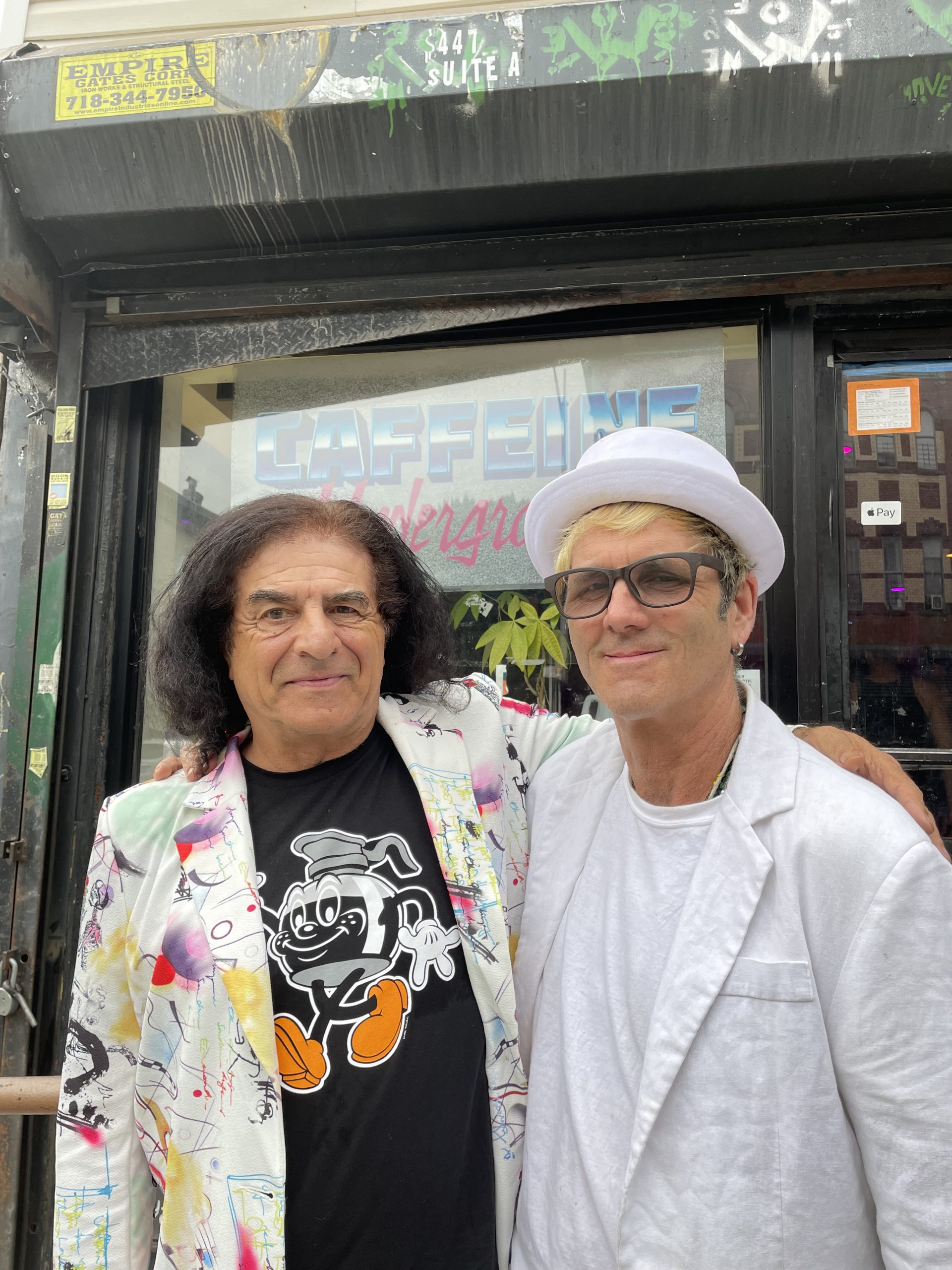 Frank Schubert lovingly known as No Mansfield is considered one of the best guitarists on the planet. He has played with or worked with artists including Aretha Franklin, Sir Rod Stewart, Berlin, No Doubt, Devo, Scott Page, and many others. The band consists of No singing lead and playing guitar, Olga on keys, Neil on bass, and Dave Kendrick, who is the original drummer of Devo. The band is known for their psychedelic, flamboyantly, outrageous videos produced via Olga Schubert, lovingly known as Bundles, and the fact that they very well may be aliens from somewhere in the galaxy or beyond. 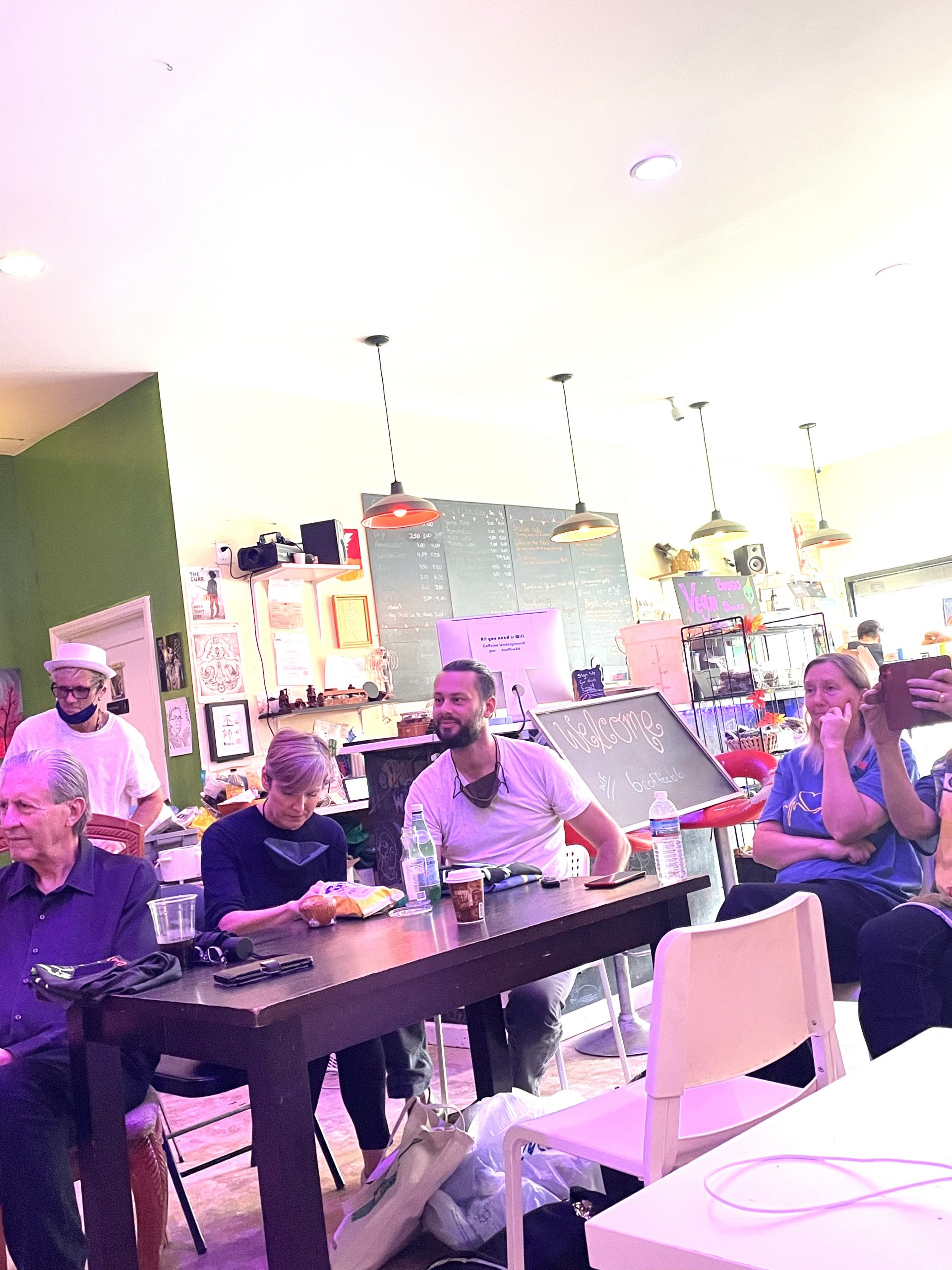 No joyfully and flawlessly shared an hour’s worth of songs from the 10 Track Album as well as covers including Bowie’s “Space Oddity”, and “Blackbird” by The Beatles. The CD includes “Electric” featuring Pink Floyd’s Scott Page on sax, “My Living Brain”, which is set to be heard on “Profiles with Mickey Burns”, “Little Red Dolls”, and “Back in the USSR.” No’s presentation was both fun and entertaining, enjoyed by all. The acoustics in the room were perfectly mastered by DJ Ian Ford enhancing the already cool showcase by No….. 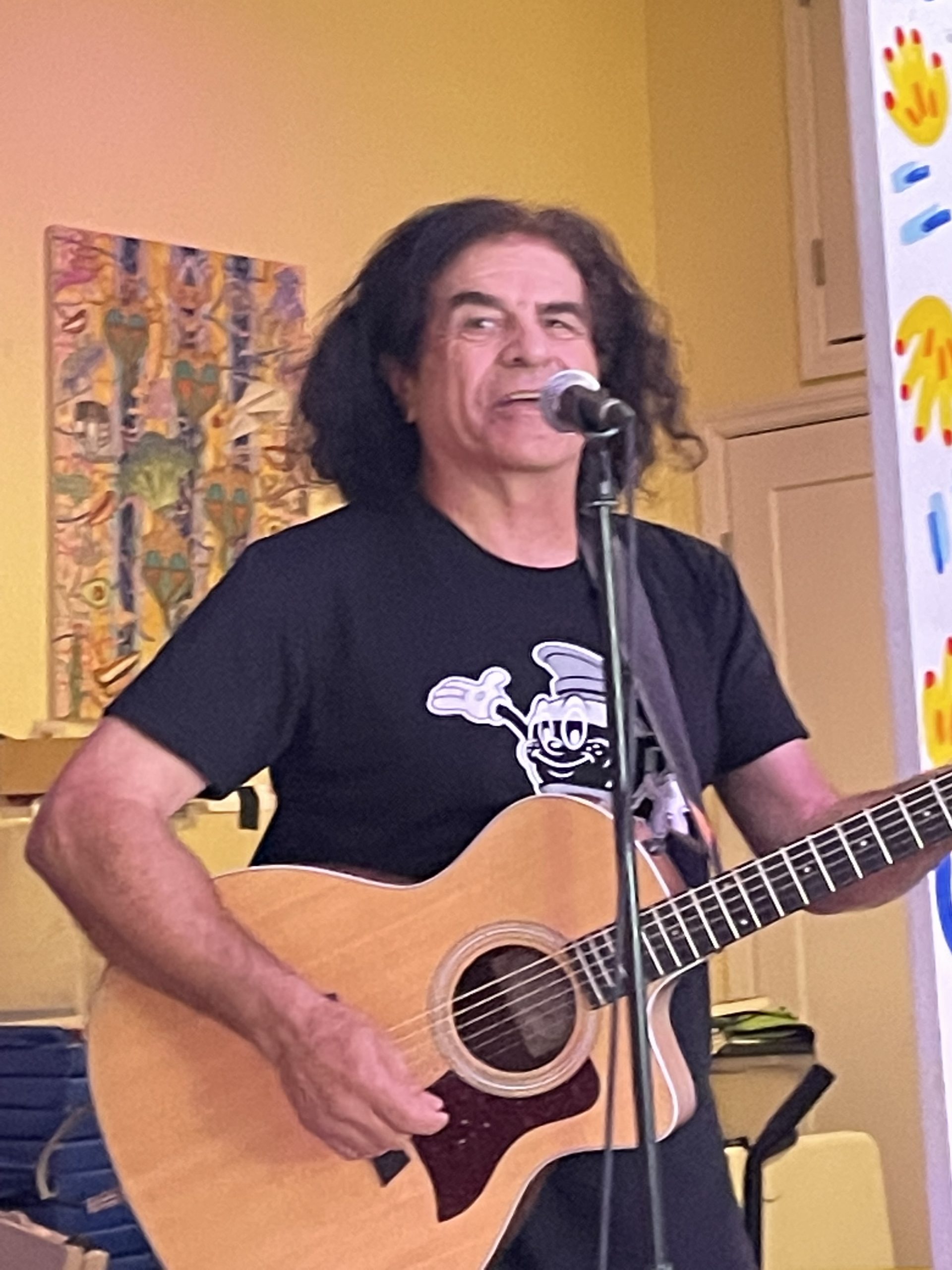 The official website for Revolushn may be found at https://www.revolushn.com