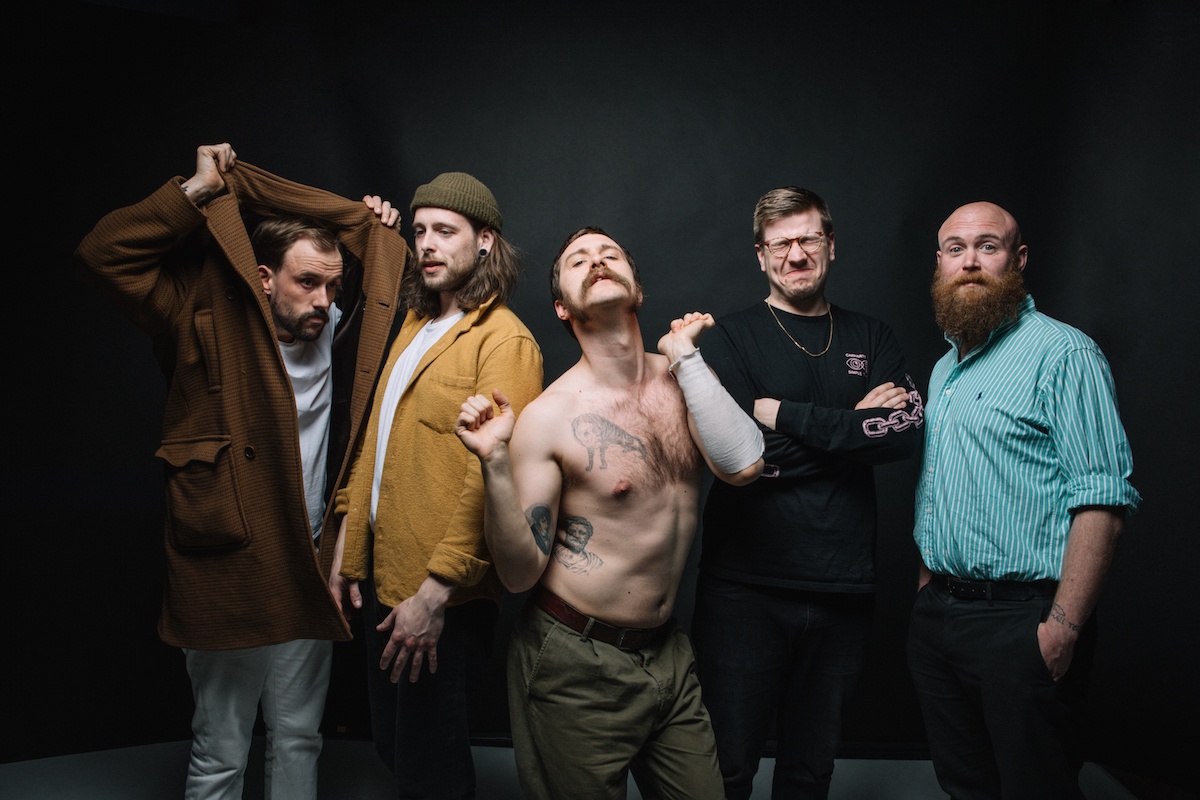 A few years ago, I saw Idles at Desert Daze, it was just before a violent storm which shut down the festival for the rest of the day, and the energy and humidity inside the tent had reached insane levels, to the point we were all bathing in our own sweat and the water-saturated air. This actually is a great memory. I have always wanted to see them again but it seems that this pandemic will not give me a chance before some time.

Idles have nevertheless an upcoming album, ‘Ultra Mono,’ out on September 25 via Partisan, and they have dropped the third single of the album today.

‘A Hymn’ starts with a raw lugubrious distortion while the sonic assault is slowly building up with the monotonous tone of frontman Joe Talbot’s vocals. It’s a slow moody one with ringing guitars in the background and plenty of post-punk influences. Do you hear Interpol as I do? ‘’A Hymn’ is a hymn that rejoices in the sinister flesh-eating virus of the pedestrian,’ declared frontman Joe Talbot in a statement. ‘It sings the tune of normal’s teeth sinking into your neck as you sleep stood up with your eyes open. Amen.’

Whatever this could mean, and the song actually comes with the most unglamorous video you can imagine, a trip to a giant supermarket, oh excitement, but isn’t it what our lives have been reduced to lately?

‘Hot Zumba classes at the new church/I lost ten pounds for the wedding/I played happy til my teeth hurt/Sofa surfer extraordinaire/Lambert’s ash in my falling hair, yeh.’ I smell decay in the tone and the lyrics, although he also sings ‘I want to be loved/Everybody does,’ so there is always hope, even during a grey English morning.

The two previous singles ‘Mr. Motivator’ and ‘Grounds’ have a completely different vibe, ‘Mr. Motivator’ launches a fistfight with a badass delivery in the art-punk world and hilarious lyrics filled with pop culture characters. My favorite line? Probably ‘Like Kathleen Hanna with bear claws grabbing Trump by the pussy’ or like ‘Flava Flav in the club riding on the back of John Wayne,’ but you will have to look up a few of these names, that’s quite a collection there.
Meanwhile, ‘Grounds’ creates pulsing anger delivered with fierce spoken words and noisy distortions: ‘We wanted to make the sound of our own hearts’ marching band, armed with a jackhammer and a smile,’ said the band. ‘We wanted to make the sound of our engine starting. So we did. Thank you.’ At the same time, the song alludes to plenty of pop culture, fairy tales, religious and political references, truly in tune with the moment:’ You scrawling your aggro shit on the walls of the cubicle/Saying my race and class ain’t suitable/So I raise my pink fist and say black is beautiful.’

Idles could be the soundtrack of our revolution,… of a revolution. Listen to them below: