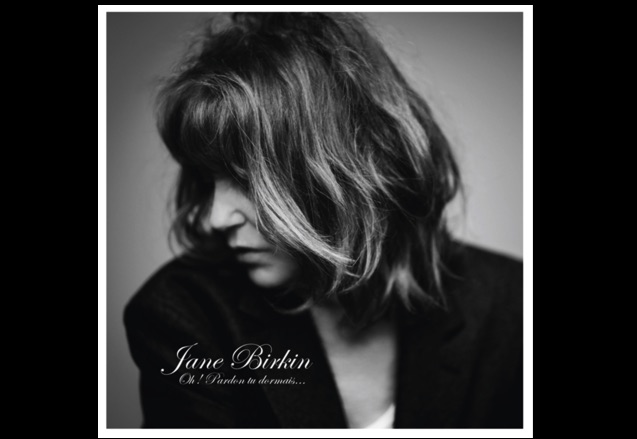 British singer Jane Birkin is an international cultural icon, but she is mostly known in France where she has lived since the ‘70s. Besides her career as an actress in British and French cinema, she was the muse of legendary French singer-songwriter Serge Gainsbourg for a decade. Over her long and prolific career, she released 13 studio albums and 6 live albums, beginning with her 1969 collaboration with Gainsbourg ‘Je t’aime… moi non plus,’ an album which swept the globe and was notoriously banned by both the Vatican and the BBC. If the Birkin/Gainsbourg partnership launched her to global fame and renown, their collaboration outlasted their romantic relationship. In 2017, she recorded ‘Birkin/Gainsbourg: Symphonique,’ her orchestral tribute to her late partner whom she never forgot. Over the years, she toured the world and performed at Carnegie Hall alongside the critically acclaimed Wordless Music Orchestra.

‘Oh! Pardon tu dormais…,’ (‘Oh! Sorry, you were sleeping’) is her new and fourteenth studio album, set to be released in the US on February 5 via Verve Records.

The single of the album, ‘Les jeux Interdits’ (‘Forbidden Games’), is already available for streaming. It’s an upbeat French pop song with a touch of melancholy, Birkin’s famous vocals, and a la la la la chorus. ‘Forbidden Games’ is also a 1952 French war film directed by René Clément and the story is so tragic that you will cry just after reading the summary: when her parents and dog are killed during the war, a 5-year-old girl secretly builds a small cemetery and starts to bury her dog and other animals.

Jane Birkin’s life also had her part in dramatic events, and she is addressing for the first time in music the tragic death of her first daughter, Kate Barry in this new release. The album touches on universal themes of absence, love, anxiety, ghosts from the past, and, ultimately, healing and release. In ‘Forbidden Games’, Birkin recalls a tender memory of Kate and second daughter Charlotte Gainsbourg playing as young children in a French cemetery where they would ‘redecorate’ the graves and bury toys and other items in formal, solemn rituals… At the image of the young heroine of the Clément movie.

The title of the album was partly inspired by Birkin’s theatrical play of the same name, and it is described as her most intimate and personal album to date. The 13 songs feature lyrics written by Birkin, including, for the first time, two tracks in English. The music was composed by French singer-songwriter Etienne Daho and Jean-Louis Piérot, who also produced the album. Daho even co-wrote lyrics on multiple tracks as well.

‘At the start, we took inspiration from the script of Oh! Pardon…,’ Birkin says of the process. ‘But then, gradually, we moved away from this, and more pressing, urgent themes emerged. My daughter Kate, loss, heartbreak… Little by little, we drifted towards other horizons.’

‘Etienne helped me release a past pain, which saved me from melancholy and inertia,’ Birkin recalls. ‘The three of us, Etienne, Jean-Louis, and I, gave each other everything, we took everything from each other and I’m still stunned by how we worked together. We are this album’s parents…and this moves me.’

You can pre-order the album HERE, and watch the video for ‘Les jeux interdits’ below