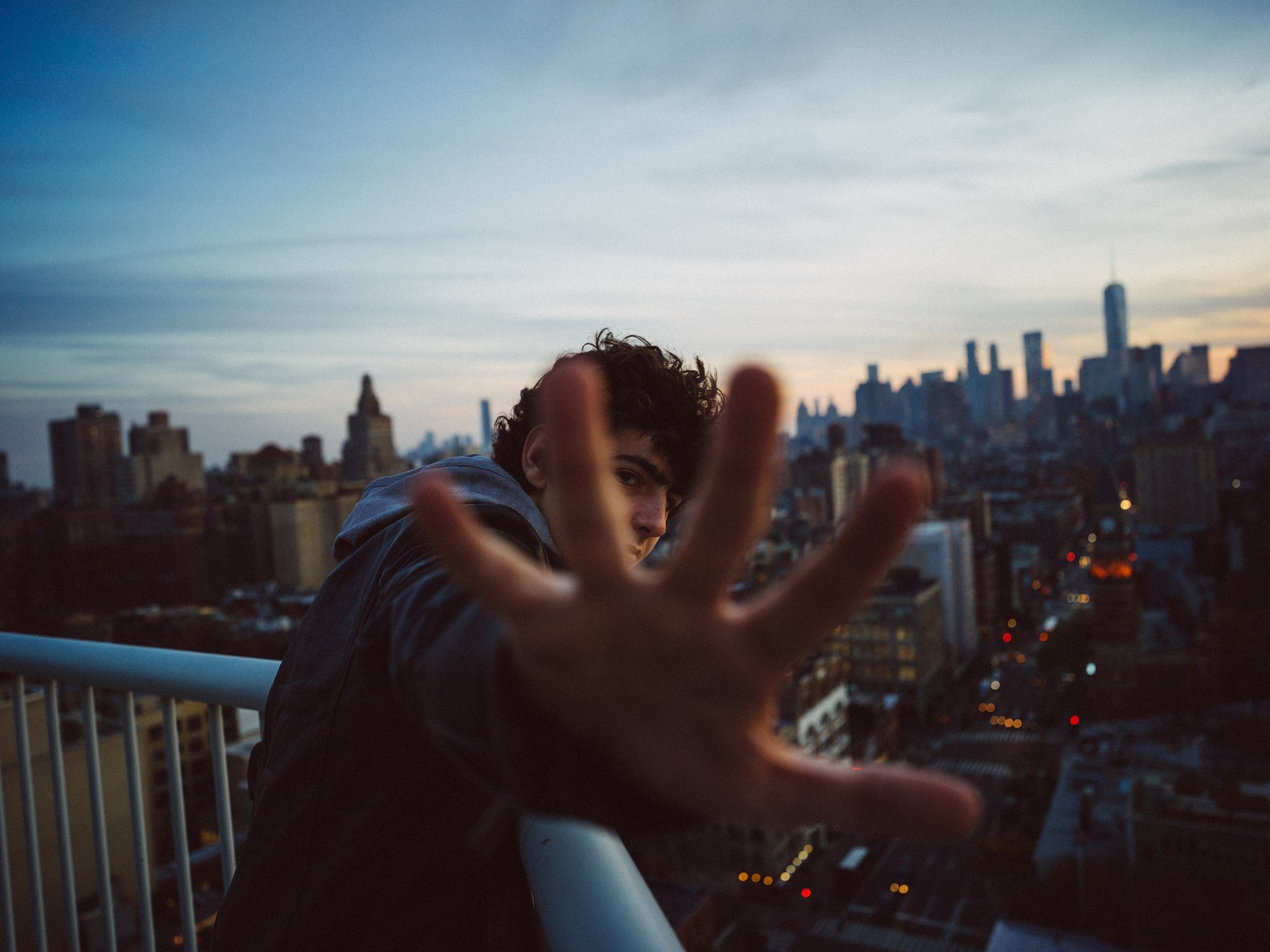 At the very young age of 18, new-comer Chris Mardini is releasing an ambitious cover of Jeff Buckley’s ‘Lover, You Should’ve Come Over.’ Covering a song of such an iconic singer-songwriter may look like an impossible task but his take is incredibly emotional, going through all the meandrous vocal subtilities of the original with an impressive range. He soars with a youthful romanticism during Buckley’s powerful lyrics ‘Oh, will I ever learn?/ Oh lover, you should’ve come over/Cause it’s not too late,’ and adopts a falsetto for the most emotional effect.

This young poet rocker from New York City may be new to the scene, but, last October, he has released an EP that features the Grammy Award-Winning team consisting of Marc Swersky (Producer), Tony Black, Mark Needham, and Andrew Sheps (MixingEngineers). The five songs of ‘Out of Pocket’ exude the same strong confidence and a sonic ambition beyond his very young age, while the first track, ‘I’ll Try,’ is haunted by the ghost of Nirvana and makes you understand why Chris regards Jeff Buckley as one of his heroes.

Chris Mardini writes passionate, intricate, and diverse music whose texture can get more melancholic over a piano line, while often raging over frustration – and who would not be frustrated in these difficult times? His youthful anger, reminiscent of the grunge era, explodes with grit and energy when he is not throwing a few aggressive rap lines in the middle of a rocking song. Just imagine Jeff Buckley’s vocal prowess and complex songwriting meets a rap delivery, meets Kurt Cobain’s angst, meets a lot of soul and determination with a copious sprinkle of chaos. It is obviously the work of someone who has incorporated a lot of different genres in his own work but who refuses to be defined by any of them while putting his own thoughts, blood, and sweat in his music.

‘Nowadays, everything is either right or wrong and it’s frustrating deciphering the subjective things about society. I hope people can walk away from listening to my music feeling like someone understands them. I want them to know that they’re not alone,’ he declared in an interview.

Voted ‘One of 2020s Top Indie Artists to Watch’ by Playbuzz Magazine, the young artist has released a few videos and has already received major endorsements. His cover of Jeff Buckley’s ‘Lover, You Should’ve Come Over’ is his special surprise for this New Year Eve, and you can already pre-save the song, both studio and live were mixed by Seth Von Paulus( Smashing Pumpkins,Christina Aguilera) here. Meanwhile, watch him play the song during a live performance at the Brooklyn Bowl last September.