Listen To ‘Be Sweet’ By Japanese Breakfast, From Their Upcoming Album ‘Jubilee’ 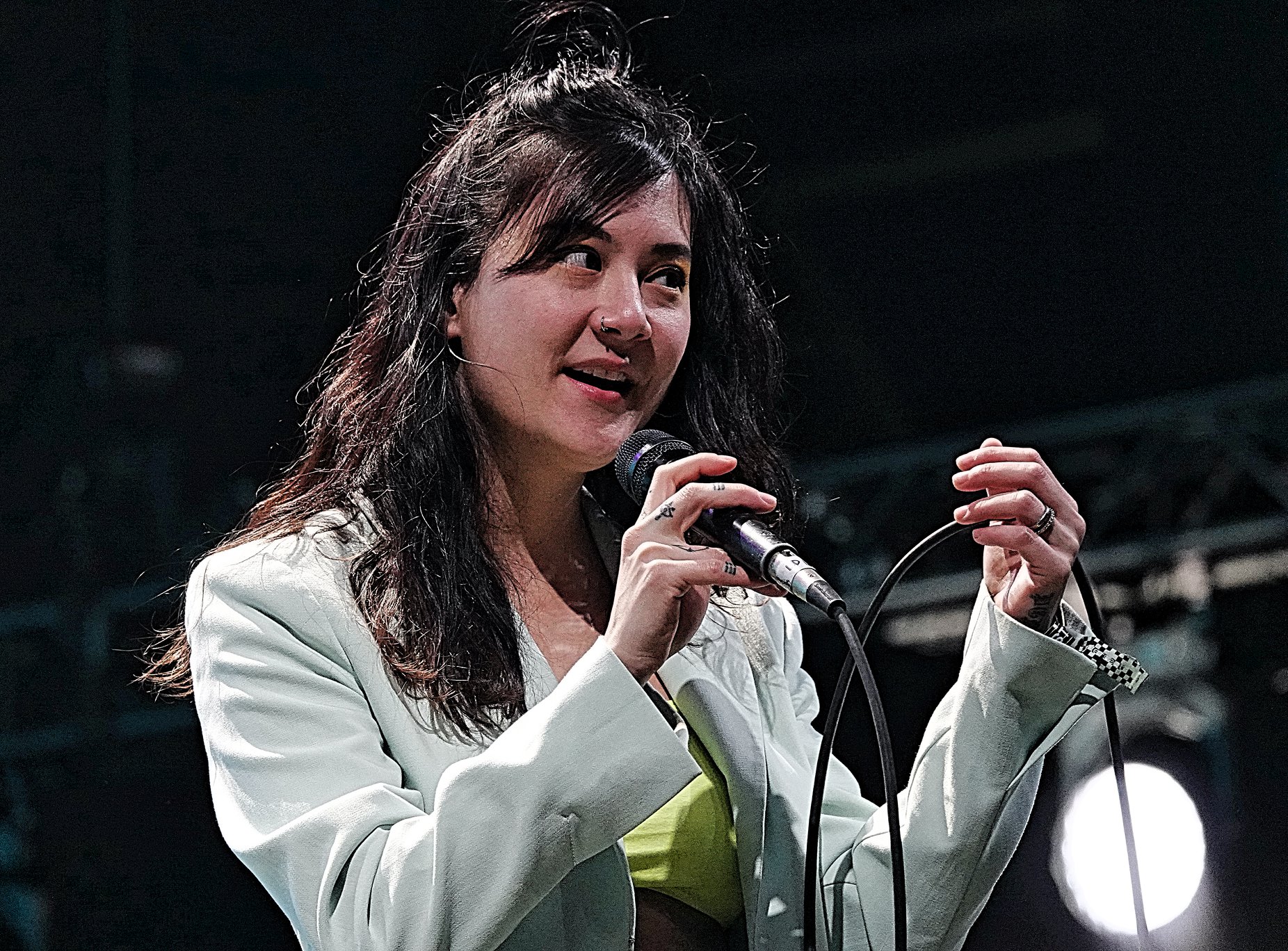 It must be the synths, but there is a strong ’80-’90s vibe during this new Japanese Breakfast’s song, while the video and its FBI-X-files visuals only comfort you in this idea… and these wigs! ‘Be Sweet’ is a synthpop dancefloor with Michelle Zauner’s youthful vocals and an earworm singalong chorus. She said that she wrote the song with Wild Nothing’s Jack Tatum a few years ago, and is excited to put it out on her next album, ‘Jubilee,’ the first Japanese Breakfast album since 2017.

When I saw her at Las Vegas’ Intersect festival in 2019, I couldn’t tell at all that her music had been inspired by truly heartbreaking events, she was glowing, moving with grace and everyone loved her. However, she wrote ‘Soft Sounds from Another Planet’ after learning the sad diagnosis of her mother who tragically died from cancer in 2014. At the top of this, she told in a 2018 interview with the Fader that she also lost her dog, Julia, when she was filming the video for the ‘Machinist.’ ‘So she wrote ‘the fucking saddest song,’ an unreleased track called ‘In Hell’ that ‘compares euthanizing my dog to what it was like to fog my mom up on drugs. The most depressing thing turned into a pop song.’’ And ‘In Hell’ is actually featured on this new album.

‘Be Sweet’ is a very upbeat track with a nostalgic feel, a glittery hook, and a buoyant production, but the young singer-songwriter has been quite busy these past years. Besides recording a new album, she has composed the soundtrack for a hyped video game called Sable and already wrote her memoir ‘Crying in H Mart,’ about her relationship with her mother and her half-Korean, half-white heritage. The book is out on April 20 and according to her publisher Knopf, it is ‘an unflinching, powerful memoir about growing up Korean American, losing her mother, and forging her own identity.’

‘After spending the last five years writing about grief, I wanted our follow-up to be about joy,’ Michelle Zauner said in a statement. ‘For me, a third record should feel bombastic and so I wanted to pull out all the stops for this one.’ ‘I’ve never wanted to rest on any laurels,’ she added. ‘I wanted to push it as far as it could go, inviting more people in and pushing myself as a composer, a producer, an arranger.’

‘Jubilee’ will be released on June 4 via Dead Oceans.