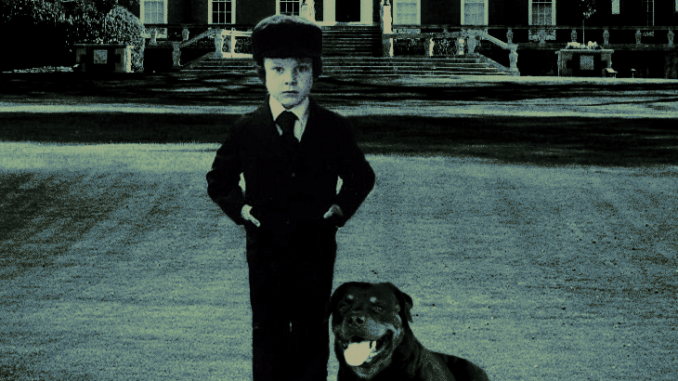 In an earlier age you might have dubbed 30 year Justine Giordano a hippie, with her southern boogie psychedelic tastes, and her cool as commune parents, she is a feminist, lefty, vegan, on the right side of everything that matters even if her taste in music seems stuck in the early 1970s rock jam bands and early 1990s rap game.

Justine echoes back to an earlier time where some aspects of American decency were being fought out and won, just to discover evil never sleeps in 2019, and needing to join the fight one more time. She works at the same advertising agency I do but has her eyes on graduating from college this year and helping the environment. Meanwhile, in the world of Justine, Gregg and Duane are still changing rock and roll and Dickey Betts is singing about…

Blue Sky – The Allman Brothers Band – Several years ago I went to see Dickey Betts with Justine, a tremendous guitarist who is hanging on by his teeth today, but still had it back in 2014. Dickey played the fuck out of his Gibson, and still sounded more country than hard rock. The pastoral elegance of Betts ode to his girlfriend Sandy “Bluesky” Wabegijig is a dream of a world beyond our cement solid and hard world NYC. On record,  Betts and Duane shared lead guitar roles shortly before Duane’s death. The year was 1972 and psychedelic rock was working its way back to country and stopped here – A+

Promise land – Bruce Springsteen – From the long awaited follow up to Born To Run, BTR was a young man’s album and Darkness On The Edge Of Town races straight into a brick wall called the American dream. Detailing the blue collar world of Freehold, New Jersey, as back breaking work leads to the only the redemption available: “Mister, I ain’t a boy, no, I’m a man” – A+

Somebody To Love – Queens – A multi tracked Queen sound like a 100 person choir on this major, operatic, Gospel inspired search for love and god by one Freddie Mercury. It builds and subsides in a doubt drowned out by the communal – B+

Simple Man – Lynyrd Skynyrd – If they hadn’t been decimated in a tragic plane crash that took Ronnie Van Zant, they’d have taken their place as playing the Rolling Stones to the Allman Brothers Beatles of southern boogie. The three guitar onslaught is otherworldly here, the best song on the band’s best album – A

Layla—Derek And The Dominoes – Now Eric Clapton is finally retired perhaps he can explain why he has spent the past thirty years flogging on inferior, acoustic live version of this tribute to George Harrison’s wife – A+

Heart Of Gold — Neil Young – Harvest is a timeless album in the sense that Neil sounds beyond age: neither young, nor old, and his “And I’m growing old” caveat here changes nothing; it exists on neither the east nor west coast but, like “Simple Man” and “Blue Skies,” somewhere in the deep south of the mind – A+

Holy Diver— Dio – Man, could this man sing. That grating, falsetto, metal blueprint for millions takes off from that overt drama that leads weight and histrionics on anything it touches, including this strange and flourished nightmare in this strange, gothic world where Tolkien is barely out of eyesight. It seems made specifically for teenage boys to imagine daring acts in the pre XBox world – A

Dead Wrong —The Notorious B.I.G. – There really hasn’t been much in the vaults from Biggie, compared to say ace nemesis TPac (who seemed to be getting near to Hendrixland till he petered out), and what is there is a song like this where Eminem sounds iffy on his add on verse and where Biggie has a great hook but that beat? Man, really? That martial beat is all they got for the great man? – B-

One Love/People Get Ready —Bob Marley And The Wailers – Of the three best songs here, this is the best of the best. I’ve been wading through Curtis Mayfield’s albums for the past year  and recently noted that this version cut his original “People Get Ready”. For all its Rastafari armageddon wrath of God, Marley keeps on returning his song in the direction of  Mayfield’s question: “Is there a place for the hopeless sinner…?” The reply is no and yet at the same time, it is yes. This is the gleam from the world peace anthem that lives on as Marley’s greatest creation – A+

Damien I , II, III—DMX – Damien as in The Omen’s son of Satan retelling of the Christ from the darkside, I is excellent with an addictive chorus that sounds like a satanic chant and II opens with the devil coming to take a bawling woman’s child and finds DMX back in the same place, back with the Satan chant. The Part III, Justine’s favorite, has a very good lick and the chant gone until the song, another battle with the devil, finds a different way to call it out – B

Thanks Justine, now go save the world…