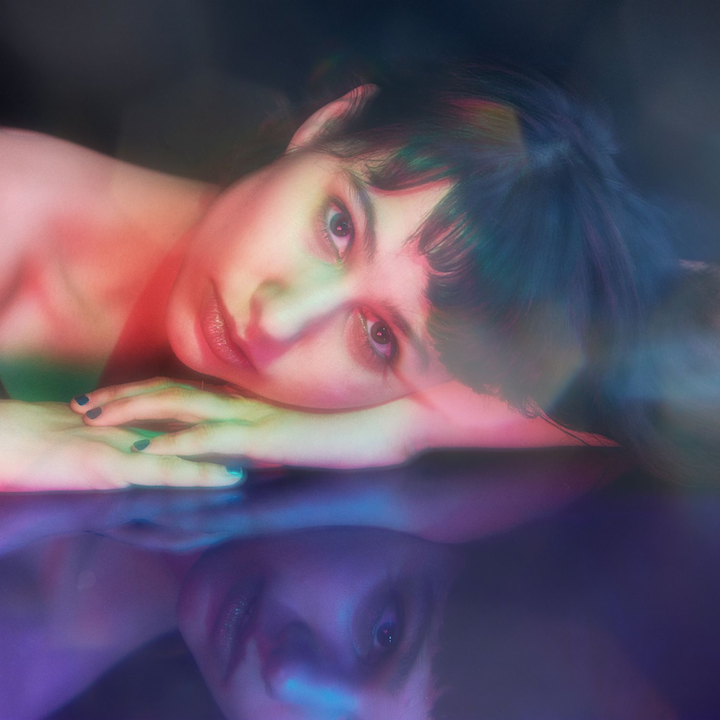 ANGELS ON THE SLOPE OUT NOW VIA LUMINELLE

“She exerts god-tier control over her soprano, approaching her work with the dogged precision of serious classical training. The Los Angeles-based polymath brings all this fussy expertise to her debut solo record, Angels on the Slope, under the moniker Lisel. A collection of pop songs with subtle experimental undertones, it’s Bagg’s most outré release to date…” – Pitchfork

“Vocalist and multi-instrumentalist Eliza Bagg is creating a world in her own image with her solo project Lisel, but she’s leaving room for the complex dualities in our minds with her latest single ‘Vanity’…Lisel’s sputtering samples and loops give her idyllic vocals the impression of a program sequenced to perfection.” – Billboard

“The result is a complex shimmer of a pop song, one with a lot of rapidly moving pieces that, as a whole, move at a measured pace. It’s like the audio version of an optical illusion.” – Stereogum

“’Digital Light Field’ is…beautifully balanced between those lush individual sounds and the austere arrangement. The work is a true aesthete.” – Clash

“‘Ciphers’ feels less to us like a debut single and more like an immersive portal into a vibrant and fully-formed new universe, radiant and shimmering with otherworldly beauty and light, constructed around Bagg’s singular, exquisite voice…” – Gorilla vs. Bear

Last year, Lisel – a.k.a. avant-pop singer, producer, multi-instrumentalist and artist Eliza Bagg – released her remarkable self-produced solo debut, Angels on the Slope, via Luminelle. Drawing on her vast areas of expertise to create an other-wordly landscape where one wanders between the gauzy and ethereal and distorted, beat-driven pop, Lisel crafted a singular debut that earned praise from the likes of NPR Music, Pitchfork, Billboard, The Fader, and more. Now, prior to her SXSW debut and following a recent performance as a soloist in the iconic New York Philharmonic, Lisel announces a new double-single.

“Specters” / “Rabbit Rabbit” takes you on a vivid and lush journey that blends nostalgic synthesizers, digitally manufactured voice and breath samples, and glitchy, distorted beats with Renaissance-inspired vocal polyphony. Lisel’s voice is the basis for the two maximalist songs, both of which attempt to process the anxious euphoria of our era by gazing into and ringing in the imminent apocalypse within a distinctly 21st-century pastiche pop landscape. The double-single, which is a collaboration with producer/electronic artist Ben Babbitt, who recently co-wrote and helped to produce many of the songs on Angel Olson’s All Mirrors, is out now digitally HERE.

Along with her own work, Bagg has collaborated across genres with a range of
prominent experimental artists — performing in Meredith Monk’s wordless epic opera Atlas, singing vocal quartets with Julianna Barwick, touring with Roomful of Teeth, making dadaist sound art at Redcat, and singing in a minimalist horror opera directed by Tony-award winner Daniel Fish. Her work as a classical vocalist has taken her around the world, singing as a soloist with orchestras like the New York Philharmonic, the San Francisco Symphony, and the Los Angeles Philharmonic, and collaborating closely with musicians like John Zorn, Caroline Shaw, Ben Frost, Nico Muhly, and Helado Negro. With fluency in multiple musical languages, Bagg draws on Renaissance and Baroque singing styles along with her work in modern dance and experimental theater while developing her own distinctive pop idiom.