Lead Singer Of The Cars Dead At 75. Listen To Ric Ocasek’s 2013 Acoustic Set At Amoeba 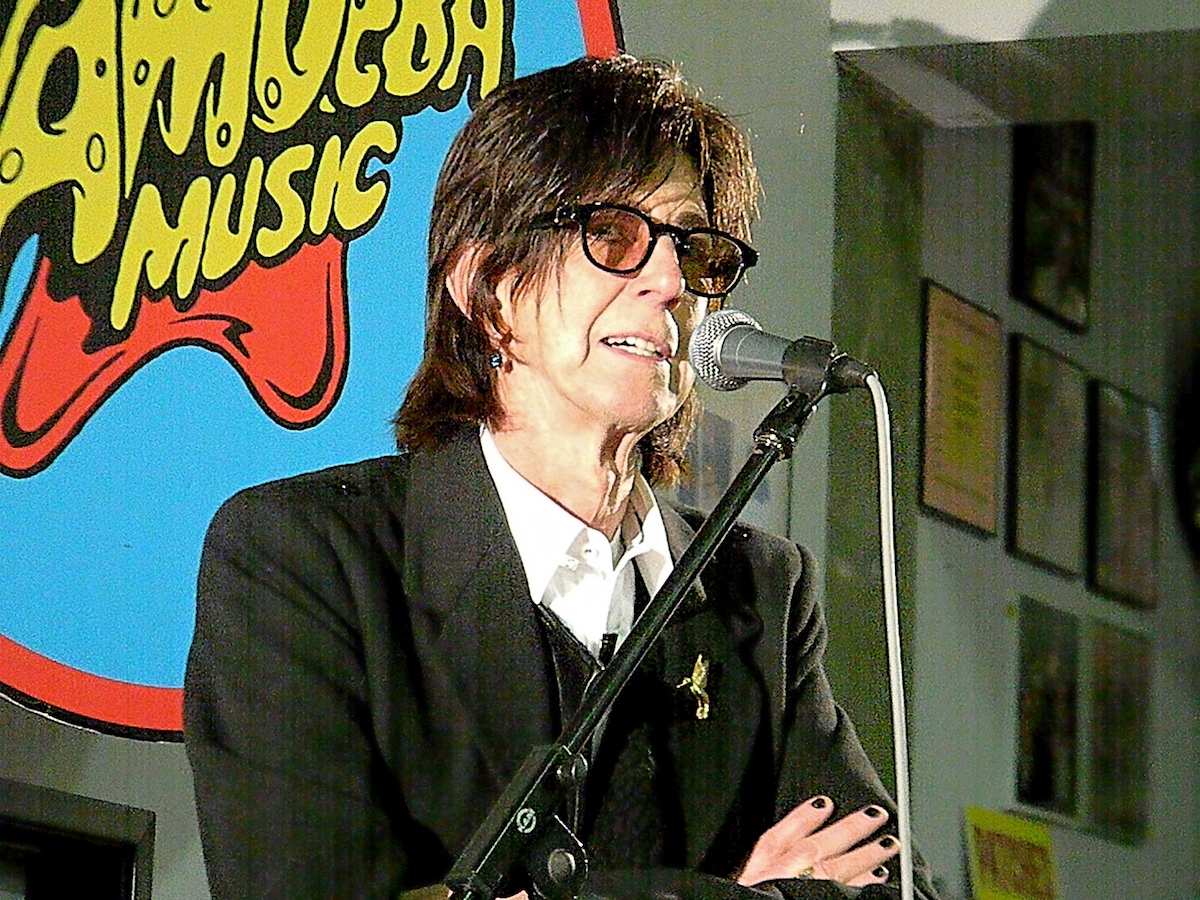 I had the chance to attend Ric Ocasek’s acoustic set in an intimate venue, inside the mega music store Amoeba about 6 years ago.

As you may have heard, Ric Ocasek, lead singer of the rock band The Cars has just died today at age 75 in New York. Ocasek and The Cars were inducted into the Rock & Roll Hall of Fame in 2018, a late recognition for a brilliant career: The Cars had 13 top-40 singles in a career spanning the mid-70s to late-1980s.

Here is what I wrote and recorded on Wednesday, March 6th, 2013:

I realized at the last minute that Ric Ocasek, lead singer of the Cars, was at Amoeba on Wednesday night. I thought he was just doing a signing of his book ‘Lyrics and Proses’, but they also announced a conversation with KCRW’s Chris Douridas, and the event turned out even better, when Ric treated his fans with three songs, played acoustically.

However, I was first surprised,… Ric Ocasek wrote a book? Actually, the book is a collection of his song lyrics, including his band’s 1978 debut, through his solo career and The Cars’ first release in 25 years, ‘Move Like This’. I looked at it briefly and it also included handwritten pages, some doodles, pictures, I had never pictured the main lyricist of the Cars as a writer! His conversation with Chris Douridas, who was apparently a big fan, surprised me a little, as Ric seemed to be someone even more interested by the lyrics of a song than its rock’ n’ roll side. And that was not how I remember The Cars. I especially loved this one, ‘Here she comes again/When she’s dancing ‘neath the starry sky/You kinda like the way she dips/She’s my best friend’s girl/She’s my best friend’s girl/And she used to be mine’, not exactly deep literature, but he played it and it’s a classic.

And maybe Ric realized what I mean because he said at one point he had refused to do the audio version of the book, as he couldn’t just ‘read’ the lyrics. In any case, he is an artsy guy, looking ultra-chic, very tall and thin, wearing an earring on the right ear and some black nail polish on one hand, he admitted he writes all the time and draws a lot, some abstract stuff, Kandinsky-style that has been exposed in gallery shows, ‘The creative process for any kind of art is the same’, he said.

During a retrospective of his career and humble beginnings in Baltimore, then Iowa, he talked about his profound admiration for acoustic music, Bob Dylan (especially before he went electric), the ‘god lyricist’, Lou Reed, and the beat poets, specifying that poetry wasn’t fiction, but more like a painting of reality.

He talked about his love for production and studio work– astonishingly he has produced or worked with artists as diverse as Bad Brains, Weezer, No doubt, Devendra Banhart – and he also talked about the evolution of music-making,… ‘before people came with instruments, in the 90s, one guy came with a laptop, now, five guys come with five laptops and sent files to each other over the internet!’ At this moment, he seemed to be torn between a nostalgic feeling and his love of technology.

He read some excerpts of his prose and played three songs ‘Moving in Stereo’, ‘I’m not the One’ and of course ‘My Best Friend’s Girl’, and he sounded great. ‘I haven’t done this since 1968’ he jokingly said after the first one, it wasn’t that much about words alone, but rather about this magic combination of words in music. 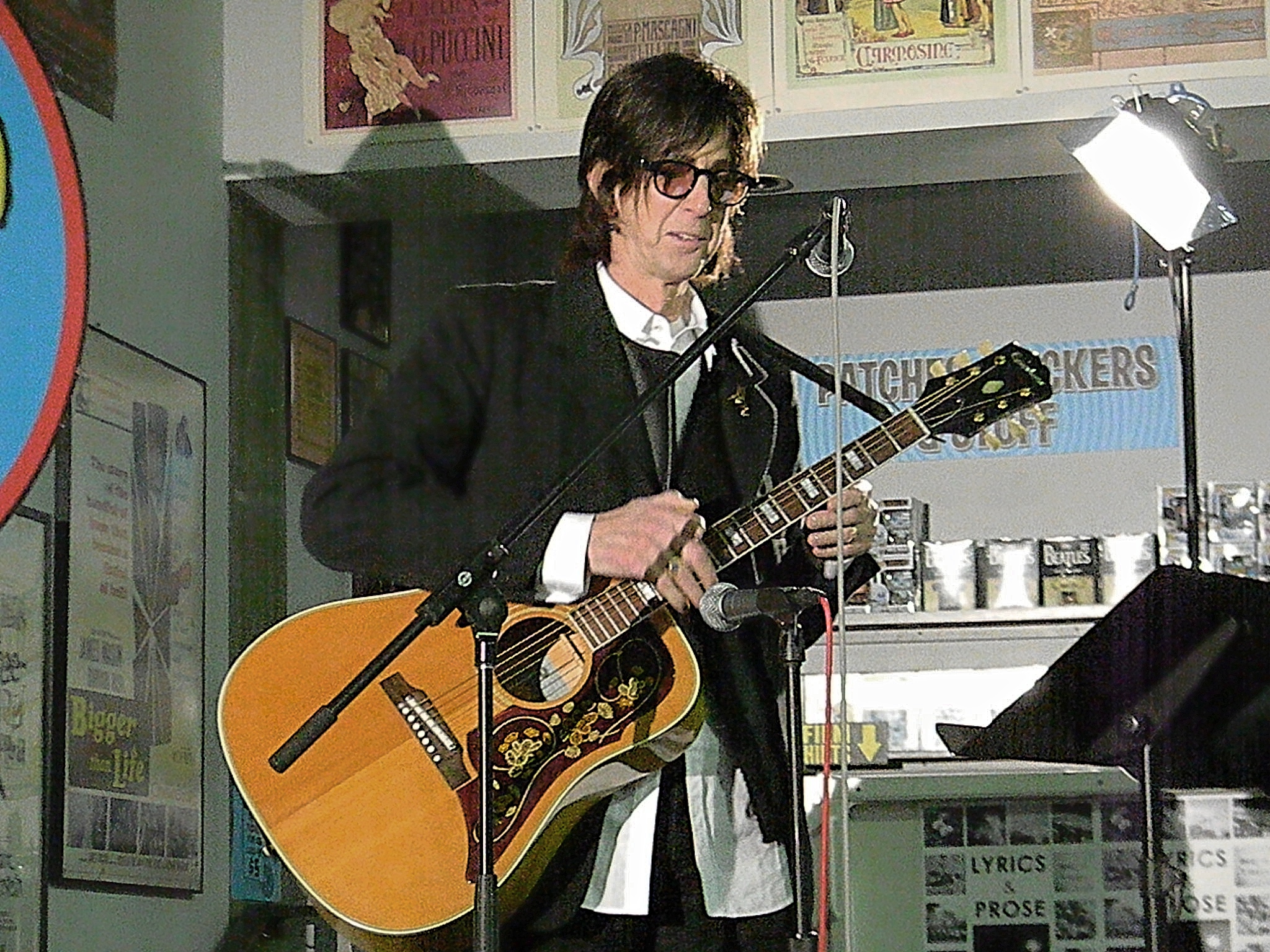 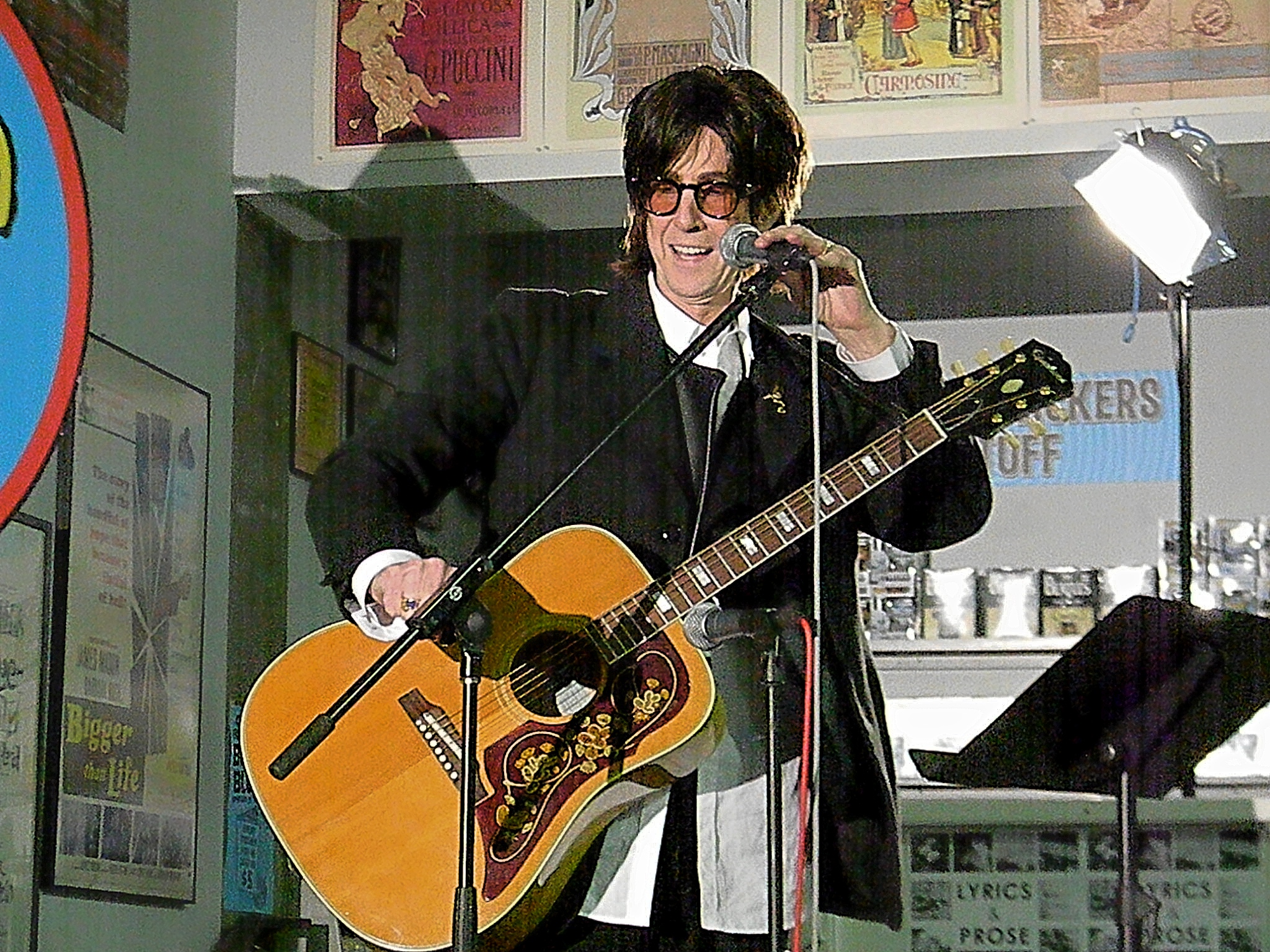 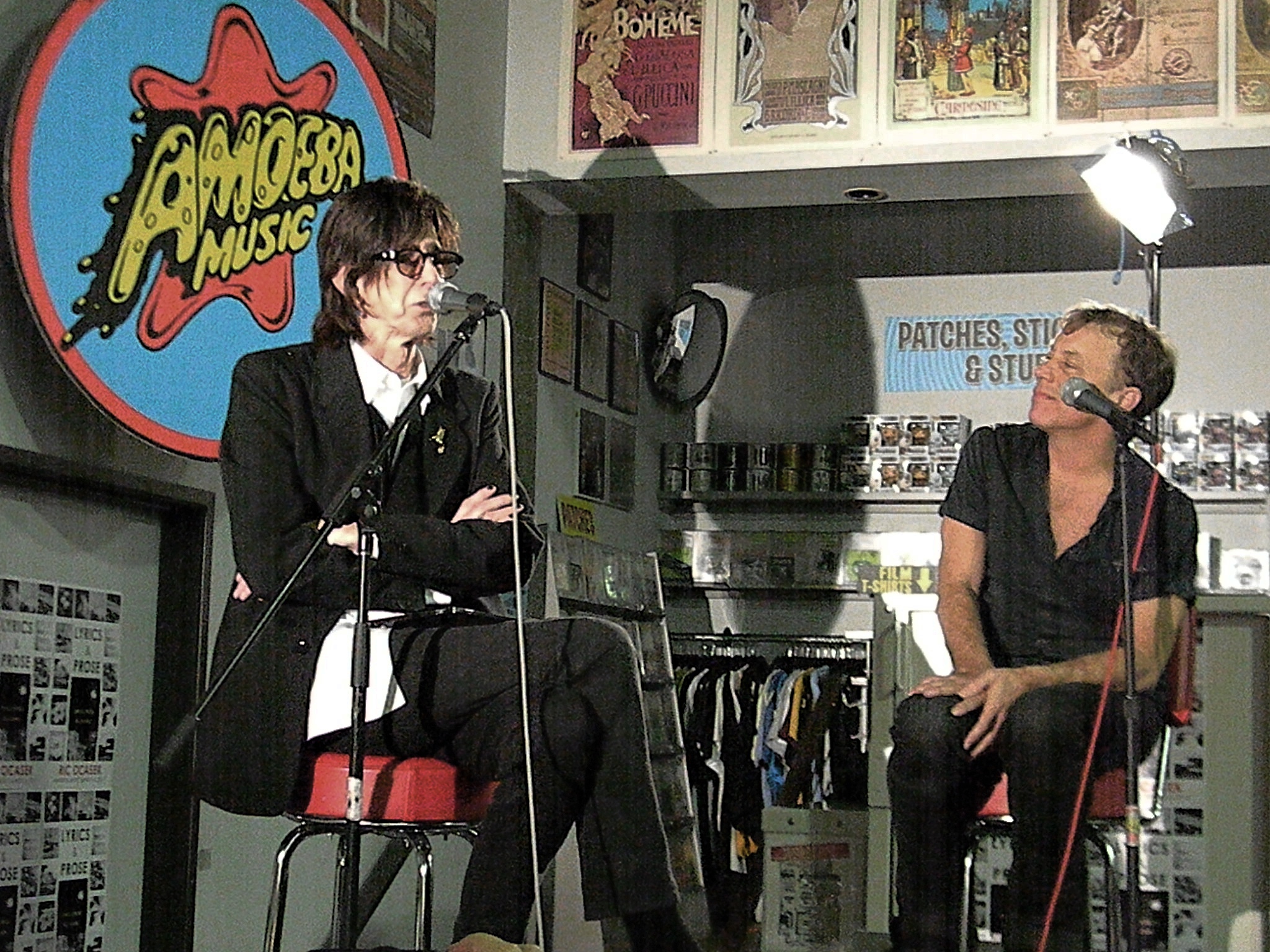