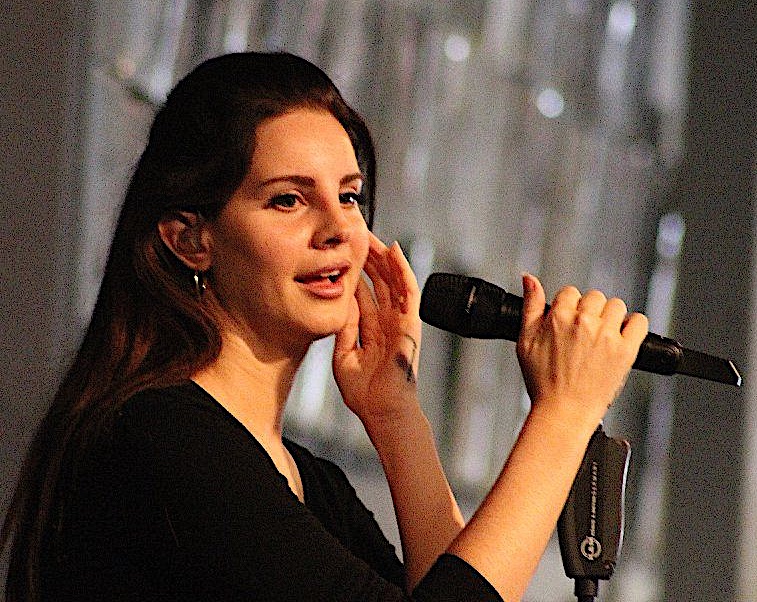 Lana Del Rey’ s new album ‘Norman F****** Rockwell!’ is out and the critics are praising her new effort. Pitchfork gave it a 9.4, go figure why, with a definitive statement: ‘It establishes her as one of America’s greatest living songwriters,’ wrote Jenn Pelly, while her review drops a pantheon of American songwriters, from Bob Dylan to Lou Reed, Elvis, the Beach Boys… and its equivalent in the female department from Mazzy Star to Carole King or Joni Mitchell… really?

But another review, the review of NPR’s Ann Powers, made Lana react in an inflammatory manner. The piece is literally a thesis on Lana Del Rey, a complexly written tour de force, a 3,600-word essay which is barely digestible at the first reading. I had no idea that Lana Del Rey’s work could inspire such torturous essay, such in-depth analysis of Del Rey’s work, which goes way beyond reviewing the songs of the album. After a few paragraphs, I was under the impression that Powers was writing an entire book, which, as super well-researched and impressively wordy-dense as it appears, could also be seen as borderline pompous and pretentious. But I am still unsure of Powers’ opinion on the album: despite a few undermining words like ‘uncooked’ and an overall condescending tone, you can here compliments and admiration here and there.

‘Here’s a little sidenote on your piece – I don’t even relate to one observation you made about the music. There’s nothing uncooked about me. To write about me is nothing like it is to be with me. Never had a persona. Never needed one. Never will,’ replied Lana Del Rey to Powers who tweeted her long piece.

‘So don’t call yourself a fan like you did in the article and don’t count your editor one either – I may never never have made bold political or cultural statements before- because my gift is the warmth I live my life with and the self reflection I share generously,’ she added the same day.

Of course, that was the debut of a very long Twitter thread, with many of her loyal fans trashing Ann Powers, plenty of people judging Powers’ inability to really talk about the music while attacking Del Rey’s character, or judging Del Rey’s knee-jerk reaction to a review so nuanced you cannot get to the author’s point.

Here are the best comments I have noticed:

‘A meandering essay which dives into depths of meaningless words’

‘Was it well written? I mean, as far as obfuscation goes, yeah it’s great. Did I like the questioning of her authenticity, comparisons to other women, and general rhetoric? No, not my style. Haven’t found anyone agreeing either so idk if it’s a Lana thing…’

‘The only time I have ever felt dumb after reading something was just now. I’m too dense to the music industry to understand a single sentence of this review. Sigh.’

‘Word. As in too many of them. That half the people here think it’s a positive review, the other half, negative is indicative of a writer in love with their own writing at the expense of being understood’