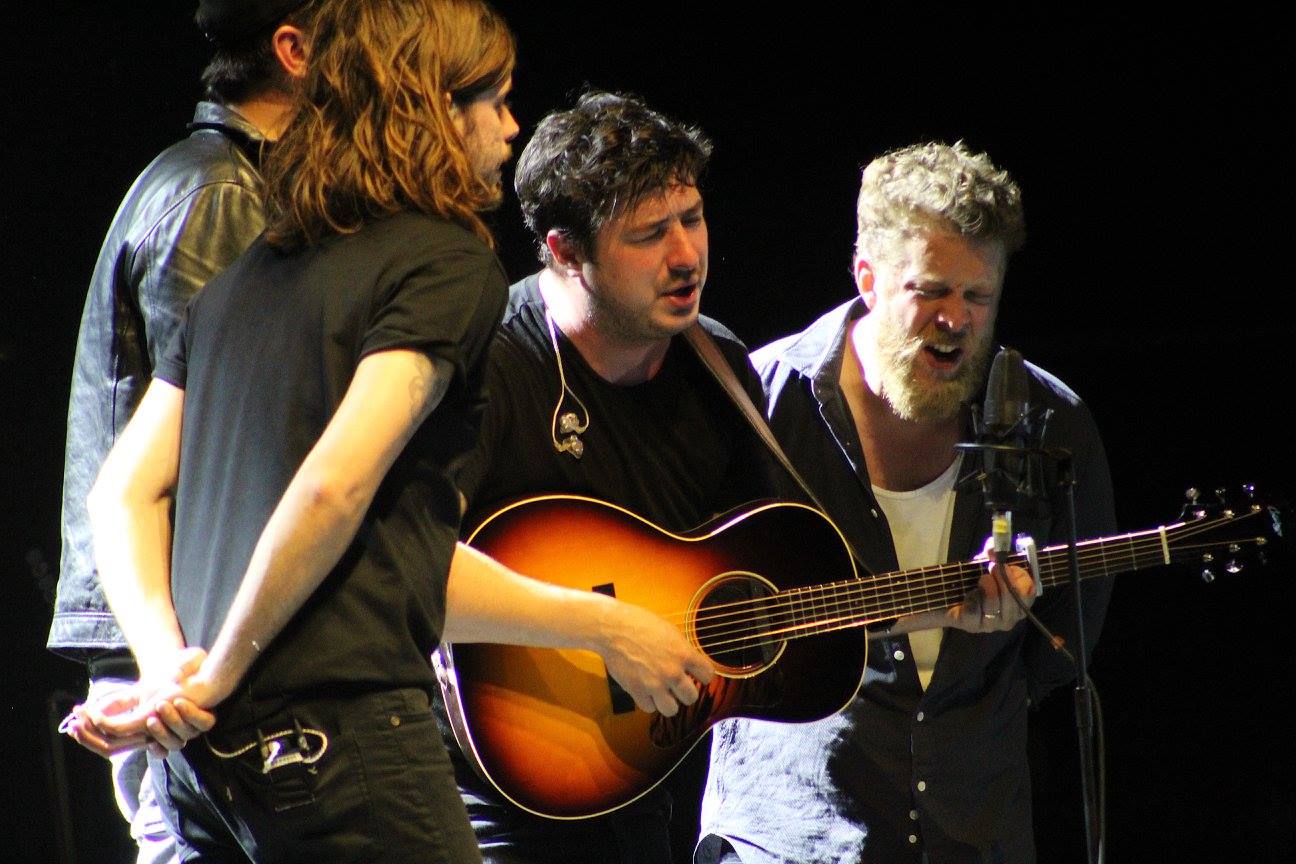 On Monday 29th, Ozzy Osborne, Megadethare at the Hollywood Bowl, Midland are at The Grammy Museum, It’s A School Night! has Ariana and the Rose, Gia Woods, Michael Kaiser, Haviah Mighty at Bardot, Precious Kid, Rett Madison, Jackii Kennedy, Lily Waters are at The Echo, Ragamuffs, Erin Anneare at the Moroccan Lounge, POLARTROPICA are at the Bootleg with NOICE, Mini Bear, Sebeyu, Object As Subject Residencyare at the Satellite with PostMan, Isaura String Quartet, THIS IS WHAT IT FEELS LIKE.

On Tuesday 30th, Berlin are at The Grammy Museum, Cucois at Amoeba, Ibibio Sound Machine,  Ed Balloonare at the Moroccan Lounge, Harry and the Potters, Hannah Morozare at The Troubadour, Ninet Tayeb is at The Echo with BIIANCO, Olivia Grace, Deserta, The Chances, Sleep Still are at The Hi Hat, SAM MICKENS is at the Bootleg with Sondra Sun-Odeon, Charlie Looker, Michael Stasis is at the Satellite with Patriarchy, Toulouse Control, Girl Pusher, Tim Russ Crew, The Throw Backs, The Mercury Wheelare at the Redwood Bar, Psychic Graveyard are at the Resident with Plack Blague & Prissy Whip, Night Lights, Sleeping Lion, Leah Kate, Johnny Stimsonare at Madame Siam.

On Wednesday 31st, Michael McDonald, Chaka Khan are at the Hollywood Bowl, Beast Coast, Joey Bada$$, Flatbush Zombies are at the Greek Theatre, Frenshipare at The Grammy Museum, The Rad Trads, Naia Izumi, Moira Mackare at the Moroccan Lounge, Dinosaur Pile-Up are at The Echo with BRKN LOVE, BIG SEARCHare at the Bootleg with Cosmo Gold, Beauty Queen, Bazooka Sharkz, Baron Bandini, Just One Reason, C.C. Potato, All Black Chucks are at the Redwood Bar, Orchin, Gold Cage, Eyeshadoware at Zebulon.

On Thursday 1st, RUCCI is at the Roxy with 1TakeQuan, Julia Holter, Ana Roxanneare at the Teragram Ballroom, The Gitas, Desert of Talking Shadows, FriendlyBear, The Advocates, Gabrielle Graves are at The Troubadour, Black Pumas are at Amoeba, ADis at The Echo with Steven G, Young Blacc, Lil Mexcco, Cherie Currie, Brie Darlingare at The Grammy Museum, Spotlights are at The Satellite with Vampyre, Dawn Fades, Gasolina Live is happening at The Regent Theater with Feefa, Ratcheton, Rickstarr, Suave, DJ 2Deep, Hosted by Lechero, STEVEN JOHN TAYLOR/WHISKERMANare at the Bootleg with Rob Fidel, Benefit for Al Otro Ladois happening at the Hi Hat with Ricky Hell & The Voidboys, The Freakees, Googon and Macko, Tangents, The Pretty Uglies, Boy Detective are at the Redwood Bar.

On Friday 2nd, George Clinton & Parliament Funkadelic, Dumpstaphunk, Fishbone, Miss Velvet & The Blue Wolf are at the Greek Theatre, The Gipsy Kings, Las Cafeterasare at the Hollywood Bowl, Of Monsters and Men are at The Grammy Museum, Ty Segall & Freedom Band are at the Teragram Ballroom with Richard Rose, The Bird and the Bee are at the Ford Amphitheatre, Cayucasare at The Roxy with Skyway Man, mmmonika, The Liturgistsare at the El Rey with Michael Gungor, Science Mike, Alison Sudolis at the Moroccan Lounge and later, William Clark Green is at the Moroccan Lounge, The Minus 5are at the Bootleg with Whispertown, Dream Machines, Ariel Beesley, Tolliver, Maxim Ludwigare at The Troubadour, Gian Marco is at the Wiltern, Bars of Goldare at The Hi Hat with the Manx, Fime, La Diabla, Discos Resaca/Mariposas del Alma, Betty’s Mustache are at the House of Machines, Morrison and Company, Trucker Bomb, Teelo & Friends are at the Redwood Bar.

On Saturday 3rd, Mumford & Sons, Portugal. The Manare at Banc of California Stadium, The Gipsy Kings, Las Cafeterasare at the Hollywood Bowl, Jill Scott, Tankare at the Microsoft Theater, Backstreet Boys, Baylee Littrellare at the Staples Center, Enjoy, Jasper Bones, Eyedressare at the El Rey Theatre, BAY FACTIONare at the Roxy with Hate Drugs, Fashion Jackson, Ritt Momney, Limp Wrist are at The Regent Theater with Heterofobia, Provoke, Frisco Dykes, Twompsax, Robert Francis is at The Hi Hat with Wyndham, Night Riots, Armors, The Holy Darkare at The Lodge Room, Lil Duvalis at The Novo, Imperial Teenare at The Echo with The Younger Lovers, Wolf Bay Celebrates! is happening at the Moroccan Lounge with Annabelle Maginnis, Rett Madison, Mood Killer, DRUGDEALER are at the Bootleg with Maraschino, Modern Eyes, Dysplay, Saticöy, Zoe Zobristare at The Troubadour, KNEE DEEP IN LOS ANGELES: is happening at Los Angeles Center Studios with Doc Martin b2b Tara Brooks and Dear Humans, The Dirty Horror!, Frozen Charlottes, Graveyard Junkies are at the Redwood Bar, Youth Brigade, Days N Daze are at the House of Machines, The Record Company, ZZ Wardare at Pershing Square, ALT 98.7 Summer Camp 2019is happening at The Queen Mary Events Park with Of Monsters and Men, WALK THE MOON, The Head And The Heart, Phantogram, Cold War Kids, Grouplove, lovelytheband, The Interrupters, K.Flay, SHAED, Half Alive, Oliver Tree.

On Sunday 4th, Lord Huron, Shakey Graves, Yolaare at the Hollywood Bowl, The B-52s, OMD (Orchestral Manoeuvres in the Dark), Berlin are at the Microsoft Theater, Boney James, Double Vision Revisited Featuring Bob James, David Sanborn, Marcus Miller are at the Greek Theatre, Dead Horses are at The Echo with Mara Connor, SPARE PARTS FOR BROKEN HEARTS are at the Bootleg with Love Under the Sun Gardenside, Glenneyre, Rain on Fridays, Conductora, The Rincs are at the Redwood Bar