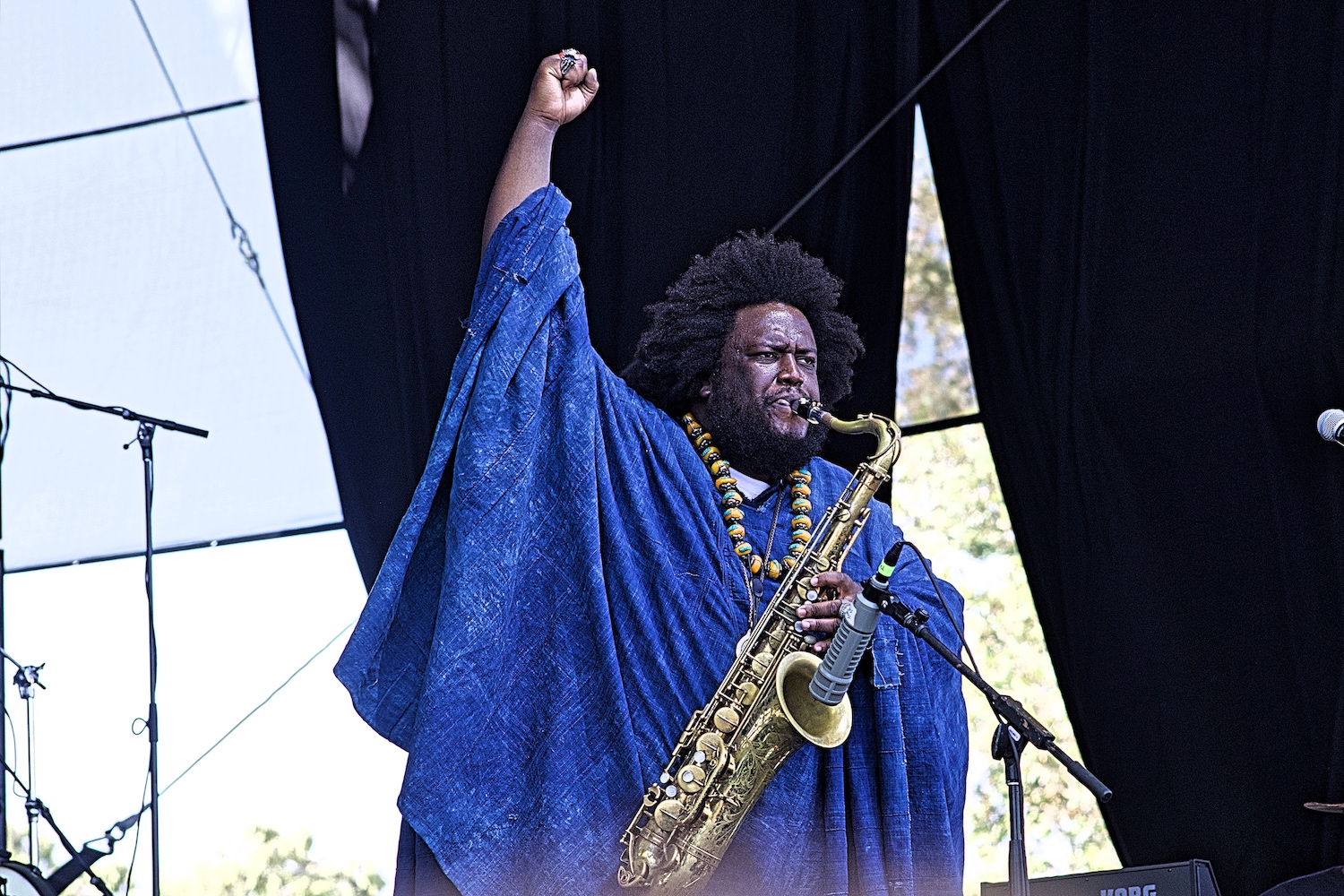 Here are the concert picks for September 16th To 22nd

On Monday 16th
Above Ground is happening at the Fonda Theatre with Billy Idol, Jack Black, Perry Farrell and Etty Lau Farrell (of Kind Heaven Orchestra), Gavin Rossdale (of Bush), Al Jourgensen (of Ministry), Steve Stevens, Juliette Lewis, Steve Vai, Billy Duffy (of The Cult), Wayne Kramer (of MC5), Mike Garson
Chance the Rapper is at The Forum
Sharon Van Etten is at The Grammy Museum
Paulina Rubio is at the Wiltern
An Evening with Ben Folds: A Conversation is happening at The Regent Theater
It’s A School Night! has Holy Wars, Hello Forever, Oh, Rose, COTIS at the Bardot
James Arthur is at The Troubadour with Brynn Elliott
Counterfeit., StarBenders are at the Moroccan Lounge
T. Soomian, Stereo Match, All Things Blue, Leche are at the Bootleg
Fell Runner, Pratley (Sam Wilkes & James Watson), Buck Meek, William Alexander are at The Echo
Rain Phoenix, Frankel, SI Istwa, DJ’s Nina Tarr and Allie Teilz are at Zebulon
Talk Time Residency, Cuesta Loeb,MACKandgold are at The Satellite

On Tuesday 17th
Mary J. Blige, Nas are at the Hollywood Bowl
YUNGBLUD, MISSIO, JUMEX are at the Fonda Theatre
Lime Cordiale are at The Roxy
Billie Eilish, Finneas are at The Grammy Museum
Ciara are at the Wiltern
All For The Hall with Vince Gill, Luke Combs, Emmylou Harris, Sheryl Crow is happening at The Novo
We Found New Music has Leon Else, Saint Claire, Saint Nomad, Sage Charmaine at the Madame Siam
Iya Terra are at The Troubadour with For Peace Band, The Ries Brothers
10,000 Maniacs are at the Teragram Ballroom
The Brothers Brothers are at the Moroccan Lounge with Nick Jaina and later MainMan, JEMS are at the Moroccan Lounge
Brothertiger, Soft Streak, Gabe Goodman are at the Bootleg
Clubz, Girl Ultra are at The Regent Theater
bLAck pARty is at The Echo with Ryahn
Mean Motor Scooter are at The Hi Hat with Manhattan Murder Mystery
Kitten Forever, Dimber, Pony Sweat, Dump Him are at Zebulon
High Tatras, Judy Teen, Wet and Reckless are at the Redwood

On Wednesday 18th
Avril Lavigne, Jagwar Twin are at the Greek Theatre
Australia Rocks The Pier with Methyl Ethel, Lila Gold, Lisa Richards are at the Santa Monica Pier
Vince Gill is at The Grammy Museum
Jackson Guthy, Cody Lovaas are at the Moroccan Lounge
Moonchild are at the Amoeba Music
KidEyes are at The Hi Hat with Karmic, Pink Skies, Romance and Rebellion
Said The Whale, Van El are at the Satellite
Nautical Nation, Josh Murley, Dewr, Brock Bushong are at the Redwood

On Thursday 19th
Kamasi Washington is at the Theatre at Ace Hotel
Maggie Rogers, Now, Now are at the Greek Theatre
Elder Island are at the El Rey Theatre with Dirty Nice
Phum Viphurit are at the Fonda Theatre with Ginger Root
The Black Keys are at the Wiltern
Coco Montoya is at The Rose
Brett Young is at The Grammy Museum
Meg & Dia, New Dialogue, TeamMate are at The Troubadour
Being As An Ocean are at the Teragram Ballroom with Holding Absence, De’Wayne Jackson
Love Fame Tragedy is at the Moroccan Lounge
Daniel Lanois is at the Amoeba Music
KILLS BIRDS are at the Bootleg with Storefront Church
Julian Lamadrid, Mack Keane, Kelsey Bulkin are at The Echo
STORY OF AN ARTIST: DANIEL JOHNSTON TRIBUTE SHOW is happening at the Hi Hat with performances by Lionize, Nick Thorburn ( Islands ), Daniel Brummel ( Ozma & Sanglorians ), Haunted Summer, Mirrorball, Aaron Kyle ( Geronimo Getty ), Talip Peshkepia, plus more TBA.
Jesse Marchant, WYNDHAM, Bjear are at The Satellite
TRACE, Maddie Jay, Hayley Gene Penner are at The Lodge Room
Ex Hex, Seth Bogart (of Hunx and his Punx) Rose Dorn are at Zebulon
the Mercury Wheel, the Stradas, Mojo 66  are at the Redwood

On Friday 20th
Flying Lotus, Brandon Coleman Spacetalker, Salami Rose Joe Louis are at The Novo
Kamasi Washington is at the Theatre at Ace Hotel
The Regrettes, Greer are at the Fonda Theatre
Gang of Youths, Gretta Ray are at The Roxy
VICTOR INTERNET is at The Paramount
Yo La Tengo, Refrigerator are at the El Rey Theatre
Mana are at The Forum
Toro y Moi, Channel Tres are at the Hollywood Palladium
Martha Davis & The Motels are at The Rose
Toto are at the Wiltern
Benjamin Francis Leftwich, Abraham Alexander are at The Troubadour
Ty Segall & Freedom Band, DMBQ are at the Teragram Ballroom
Tamino are at the Moroccan Lounge with Stacey
Tijuana Panthers, No Age, The Hurricanes, Mu$ty BoYz are at The Regent Theater
God Is An Astronaut, This Patch Of Sky are at the Echoplex
Amo Amo, Aging Actress, Foxtrails are at The Echo
INTROVERTED FUNK, OPUS VITAE, THE HAUNTS, BOGAN VIA are at the Hi Hat
Lower Dens is at The Lodge Room with Ana Roxanne
Broken Shadows: The music of Ornette Coleman is happening at Zebulon
The Cocks, The Claws, Truckerbomb are at the Redwood
On Saturday 21st
Lenny Kravitz is at the Shrine Auditorium
Mika, Kiesza are at the Theatre at Ace Hotel
The Paper Kites, Tall Heights are at the El Rey Theatre
Mana are at The Forum
Sabrina Claudio, Gallant are at the Wiltern
Al Di Meola is at The Rose
Emotional Oranges, Chiiild are at the Fonda Theatre
Black Madonna: We Still Believe with Bears In Space, Masha, Mike Servito, Jeniluv, & more is happening at Gin Ling Way
Lucky+Love, Tigercide, Nura Luca, Venus in Scorpio are at The Troubadour
Russian Circles are at the Teragram Ballroom with Facs
Rachael Yamagata are at the Moroccan Lounge
Night Moves are at The Echo with Nicky Sparkles
Hatchie, Orchin, Storefront Church are at the Echoplex
Kenneth Anger Equinox Celebration – An Evening of Performance (Kenneth Anger & Brian Butler’s Technicolor Skull), Films & Conversation is happening at The Regent Theater
DIELINES, JUNACO, POSSIBLE OCEANS, DERDE VERDE are at the Hi Hat
Daryl Blake & Chamber of Secrets, MedioCore, The Great Sadness, SOL, Drac & The Swamprats are at the Redwood
Fee Lion, Panther Modern are at Zebulon
Quince Night is happening at the Lodge Room with È ARENAS, JARINA DE MARCO, THE ALTONS, THEE SINSEERS, JOSE GALVAN (DJ SET)

On Sunday 22nd
Blackalicious are at The Roxy with Roots & Tings and Bukue One
Of Monsters and Men, Lower Dens are at the Hollywood Palladium
The Tallest Man On Earth is at the Walt Disney Concert Hall
Mana are at The Forum
Mark Knopfler is at the Greek Theatre
Sabrina Claudio, Gallant are at the Wiltern
Steve Tyrell is at The Rose
Blackalicious are at The Roxy with Roots & Tings and Bukue One
Jessie J,  Kristina Michell, Jayden Gray, Morgan Reilly are at The Troubadour
Sheer Mag are at the Teragram Ballroom with Tweens, Total Heat
Rachael Yamagata are at the Moroccan Lounge
DELVON LAMARR ORGAN TRIO is at the Bootleg
THIEF, SILENCE IN THE SNOW, BLACK NEEDLE NOISE are at The Echo
Out Of Range are at The Hi Hat
The Intelligence, Earth Girl Helen Brown, VNLVX are at The Satellite
The Paper Hearts, Double E and Bad Business, Mike Livingston Band, One Sweet Hell are at the Redwood