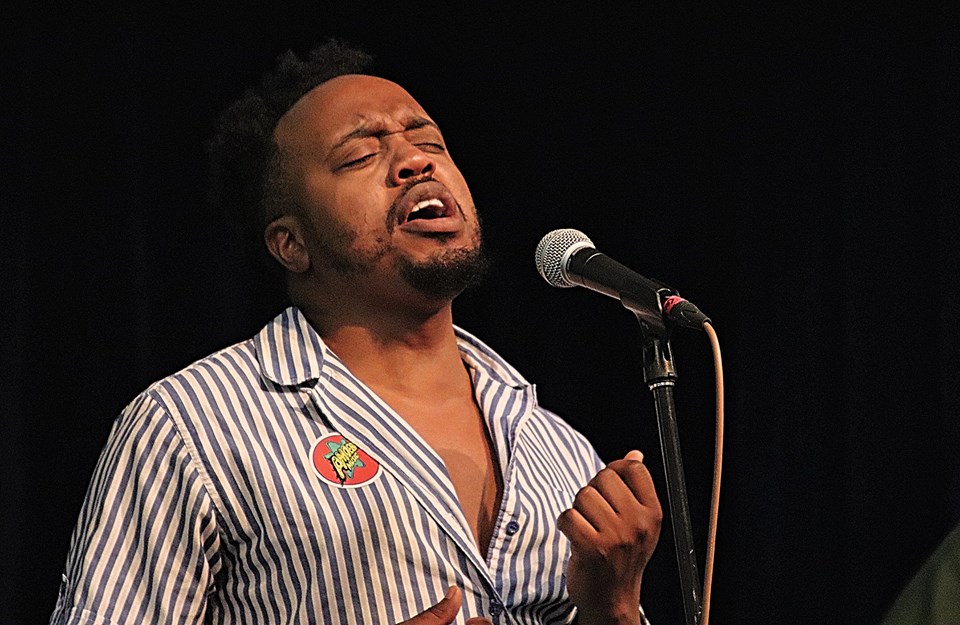 On Monday 17th, Jamestown Revival, Ian Noe are at The Troubadour, Durand Jones & The Indications are at The Regent Theater, The Felice Brothers, Johnathan Rice are at the Bootleg Theater, Finn Andrews (of The Veils) is at the Moroccan Lounge, and later Belaganas, Mills Turner are at the Moroccan Lounge, Brass Box are at The Echo with Dol Ikara, Deth Crux, Crook, JANE ROE v 2019: A Benefit For the ACLU is happening at the Echoplex with Dead Sara, Mondo Cozmo, Death Valley Girls, Shannon Lay, Secret Stare, It’s A School Night! has Sports Team, Cat Clyde, Nakhane, Jesse Mac Cormack at Bardot, Sleeplust, Lauren Rocket, Cuffed Up are at The Satellite, Soundgarden: Live From The Artists Den is happening at the Wiltern, A Conversation with Andrea Bocelli, Matteo Bocelli, Bob Ezrin is happening at The Grammy Museum, The Comet is Coming are at The Lodge Room, CFM, Blood Oath are at Zebulon, Graveyard Club, Johnny Goth, Tiger March are at The Hi Hat.

On Tuesday 18th, Hozier, Bailen are at the Fairbanks Lawn at Hollywood Forever Cemetery, Andrea Bocelli is at the Hollywood Bowl, Nick Murphy (fka Chet Faker), Beacon are at the Wiltern, Allan Rayman is at the Teragram Ballroom, Houndmouth, Balto are at The Troubadour, Dead Meadow are at The Echo with Spindrift, Hallow Gallows, Beach Bunny, Field Medic, Ariel View are at El Cid, Rob Thomas, Abby Anderson are at the Greek Theatre, Geographer, Manatee Commune, Adult Bodies are at the Moroccan Lounge, Jamestown Revival are at Amoeba Music, The Case For Birth Control” with  Larry Goldings, Inara George, Leslie Feist, Sydney Wayser (of Clara Nova), Erica Canales, Nataly Dawn (Pomplamoose), Alex Lilly, Kate Micucci is happening at Largo at the Coronet, We Found New Music Night with Fly by Midnight, Denny White, Leila Pari,  If Climbing is happening at Madame Siam, Idris Ackamoor ☥ The Pyramids, SK Kakraba are at Zebulon, Slingshot Dakota, Ohtis are at The Hi Hat.

On Wednesday 19th, Andrea Bocelli is at the Hollywood Bowl , Lion Babe, Scott Dallavo (of KCRW), Closegood are at the El Rey Theatre, The Heavy, Jesse Jo Stark are at the Teragram Ballroom, Geographer, Manatee Commune, Oliver Riot are at the Moroccan Lounge, Houndmouth, Balto are at The Troubadour, YUNGBLUD, Saint PHNX are at The Roxy, slowthai is at The Echo, Fell Runner, Olivia Kaplan, Dylan Rodrigue are at the Bootleg Bar, Olden Yolk, Paint & Sam Burton are at  Zebulon, No Win, Late Bloomer, Janelane, Okay Embrace are at The Hi Hat, Scifi Country with Jane Church, Tasche, The Psychedelic Roses is happening at Gold-Diggers, Upsetting, Rosegarden Funeral Party, The Sobers, Duderella, Violator are at the Redwood Bar.

On Friday 21st, BET Experience with Meek Mill, YG, A Boogie Wit Da Hoodie, Blueface, Roddy Ricch are at the Staples Center, Jamestown Revival, Ian Noe are at The Troubadour, Jamila Woods is at the El Rey Theatre with duendita, Nitty Scott, America are at the Theatre at the Ace Hotel, RJ is at the Novo with Joe Moses, Pup, Beach Bunny, Rat Boys are at the Teragram Ballroom, Mattson 2 are at The Lodge Room with Brainstory, VINCENT is at the Moroccan Lounge with CHΛRLIE, Goj!ra, FIGFest with Buscabulla, Reyna Tropical are at FIGat7th, The Slackers, The Bubba Master are at Levitt Pavilion MacArthur Park, Grapetooth are at the Echoplex with Ian Sweet, James Swanberg, …And You Will Know Us By The Trail Of Dead are at The Echo with Death Valley Girls, Goon, Team Dresch are at the Bootleg with Sister Mantos, As Cities Burn, All Get Out, Many Rooms, Awakebutstillinbed are at The Hi Hat, Studded Left (of Indian Jewelry), DVA Damas, DJ Jimi Hey are at Zebulon, The Guilty Hearts, Spencer Robinson and the Wolf Spiders, The Heartomatics, The Cauterizers are at the Redwood Bar.

On Saturday 22nd, Local Natives, Middle Kids are at the Hollywood Palladium, BET Experience with Cardi B, Migos, Lil Yachty, Lil Baby, City Girls are at the Staples Center, The Driver Era are at the Fonda Theatre with Jane Holiday, MICHAEL BLACKSON, B. SIMONE are at the Novo with James Davis, Hosted by Royal Watkins, Mystery Skulls, Phangs, Snowblood are at the Teragram Ballroom, Heart Attack Man are at the Echo with Sincere Engineer, Rome Hero Foxes, Matthew Logan Vasquez is at the Moroccan Lounge with PR Newman, and later, Matthew Logan Vasquez is at the Moroccan Lounge with Walker Lukens, Fruit Bats are at The Lodge Room, Bailen, Hailey Knox are at The Troubadour, Jenny & The Mexicats are at The Roxy with Bang Data, Off The 405 has L’Rain at The Getty, Rock On Film: The Doors is happening at the Wiltern, Katie Toupin (formerly of Houndmouth) is at the Bootleg, Chido, Chevere, Cool featuring Jona Camacho, BLACKPAW, DELSONIDO are at The Hi Hat, Speed of Light, Black Adidas, Friendly Bear, Fox Medicine, Gestures and Sounds are at the Redwood Bar, and later, Purgatory are at the Redwood Bar.

On Sunday 23rd, Twin Temple are at The Roxy, Grand Ole Echo is happening at the Echo with Kat Myers, Lo Carmen, CHANDRA, CRUEL SUMMER, MISS RAYON, LUNCH LADY are at the Echoplex, yOya, Austin Weber are at the Moroccan Lounge with J.E. Sunde, Scott Bartenhagen, ZOOLUXX are at the Satellite with Stonechild, Oozelles, Andrew’s Fault, Take Pictures, Karenn Campbell, Wam Dingis are at the Redwood Bar.