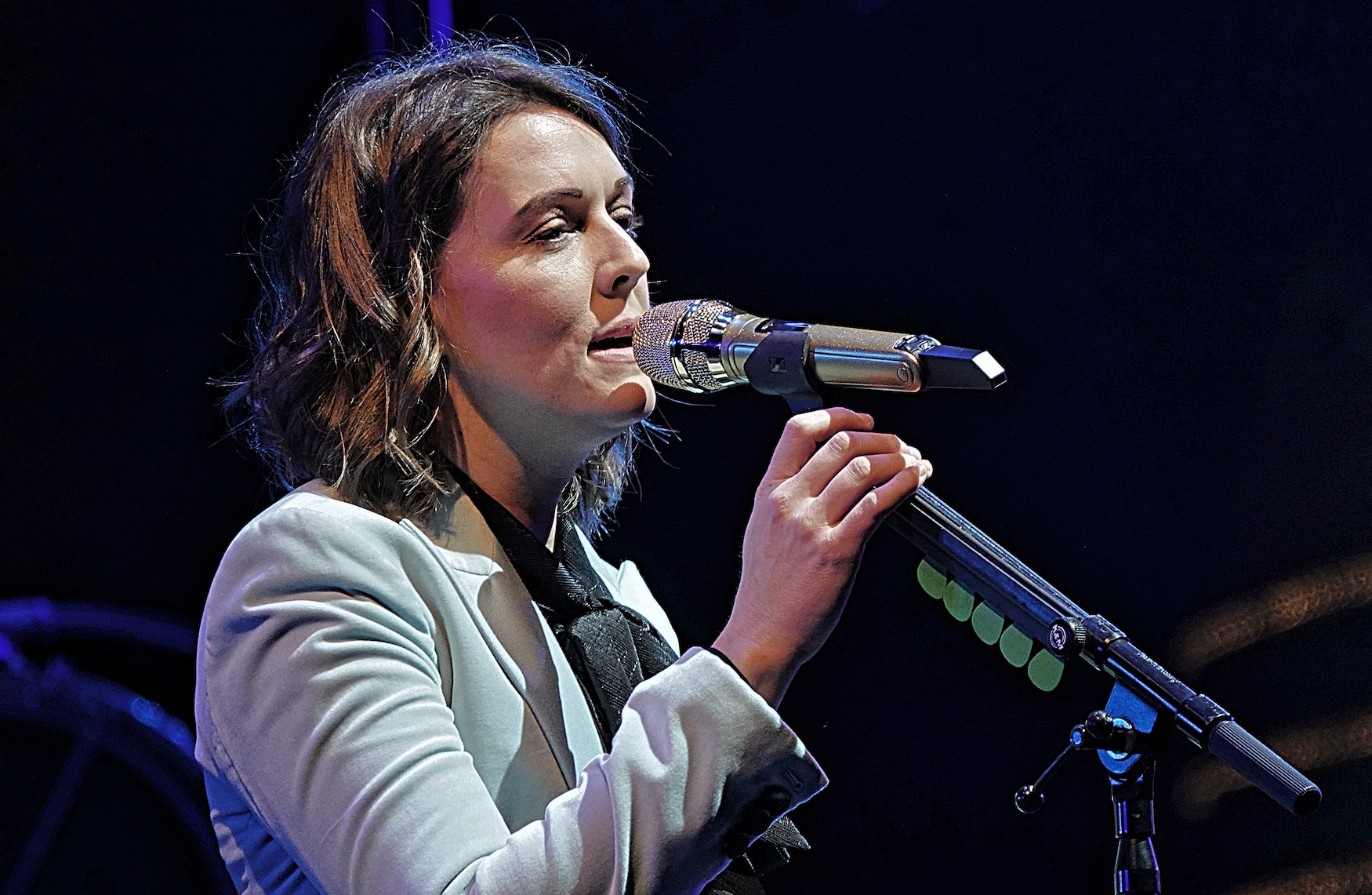 Coldplay, Brittany Howard, Brandi Carlile, The Jonas Brothers are part of the Citi Sound Vault series at the Palladium, King Princess has two shows at the Wiltern and there is fundraising for homelessness at the Wiltern on Thursday.

On WEDNESDAY 22nd
Brittany Howard (of Alabama Shakes) is at the Hollywood Palladium
Earthgang, Mick Jenkins, Wynne, Jurdan Bryant are at the Fonda Theatre
Higher Power, Take Offense are at The Echo
Railroad Earth, Marty O’Reilly & The Old Soul Orchestra are at the Teragram Ballroom
The Love Language, Jimmy Whispers, Bambina are at the Bootleg Theater
We Found New Music Presents Alt Bloom, Saygrace, YVR, Dyln at Madame Siam
Morgan Heritage are at the Echoplex
Juto, Holladay are at the Moroccan Lounge
Tony Tixier is at Mr. Musichead Gallery
The Piano Guys are at the Microsoft Theater
Mannequin Medicine, Risk it All, Lyell Likes Rocks are at Redwood Bar
DUDE YORK, Ariel View, Suzie True are at the Hi Hat
The Memories, Pearl & the Oysters, Adron are at Zebulon
GRITTY IN PINK Presents Shiragirl, No Small Children, STUNTDRIVER at the Satellite

On THURSDAY 23rd
Homeward Bound with Jason Mraz, John & Robby, Fitz and The Tantrums, Ingrid Michaelson, Maddie Poppe, Phillip Phillips, Scarypoolparty, Dave Stewart, Kaya Stewart, Morgxn is happening at the Wiltern
Brandi Carlile is at the Hollywood Palladium
Agnes Obel is at The Masonic Lodge at Hollywood Forever Cemetery
The Used are at the Troubadour
Maverick Sabre, Reece are at The Echo
Aaron Watson, Chancey Williams and the Younger Brothers Band are at the El Rey Theatre
Patrick Watson, Brad Barr are at The Lodge Room
CAPYAC, Benny Bridges, Al Lover are at the Moroccan Lounge
Robert Glasper is at the Teragram Ballroom
Fog Lake, Foxes In Fiction are at El Cid
Death Valley Girls are at Clifton’s
The Cooties, The Kyle Gass Company are at the Satellite
Moritz von Oswald is at Zebulon
The Insect Surfers, the Mecolodiacs featuring Joe Baiza ( Saccharine Trust), Star Party are at the Redwood Bar

On FRIDAY 24th
Michael Kiwanuka, Sammy Brue are at The Theatre at Ace Hotel
King Princess is at the Wiltern
Agnes Obel is at The Masonic Lodge at Hollywood Forever Cemetery
Motion City Soundtrack are at The Novo
Theo Katzman, Rett Madison are at the Fonda Theatre
Big Head Todd and the Monsters, JD Simo are at the El Rey Theatre
Fury, Narrow Head, Jinx, Be All End All are at The Echo
Patrick Watson, Brad Barr are at The Lodge Room
Blackbird Blackbird, vōx are at The Roxy
Jeremy Dutcher, Kohinoorgasm and later Bizou, DZR are at the Moroccan Lounge
The Shivas, Movie Club are at the Bootleg Theater
Sophie Meiers is at El Cid
Levitation Room are at The Factory
Sex Beat (featuring members of Katatonic, Terminal A , Alice Bag Band , the Gun Club , & the Cramps), Fur Dixon, Katatonic, Bird of Paradise are at the Redwood bar

On SATURDAY 25th
The Jonas Brothers are at the Hollywood Palladium
King Princess is at the Wiltern
James Vincent McMorrow (Solo) is at The Lodge Room
The Game is at The Novo
Silver Landings: A Weekly Residency with Mandy Moore and Friends is happening at the Bootleg Theater
Sullivan King, YAKZ, Grabbitz (DJ Set) are at the Fonda Theatre
Infamous Stringdusters, The Easy Leaves are at the Teragram Ballroom
Son of Apollo, Tony MacAlpine, SCHIERMANN are at The Roxy
Wam Dingis, Indigo Skyship, Fime are at the Moroccan Lounge
The Almost, All Get Out, Ghost Atlas, Rowdy are at The Belasco Theater
Glass Beach, Dogleg, Kara’s Walk Home are at The Echo
All Souls, CFM, Darsombra, Biblical Proof of UFOs, DJ Dale Crover (of Melvins) are at The Paramount
Americanafest: The Songs of Willie Nelson Pre-Grammy Salute is happening at the Troubadour with Calexico, Iron & Wine, Rhiannon Giddens, Francesco Turrisi, I’m With Her, Yola, John Prine, Madison Cunningham, Andrew Bird, Gregory Alan Isakov, The War and Treaty, Ida Mae, Tanya Tucker, Shooter Jennings, Sierra Ferrell
The Side Eyes, Zig Zags, NICE, Urns & Argyles are at The Factory DTLA
the Smoking Flowers, Morrison and Company, Alice and the Rabbit, Francie Moon, Alice Austin are at the Redwood Bar

On SUNDAY 26th
Jacquees is at the Wiltern
Cursive, Cloud Nothings, Criteria are at the Teragram Ballroom
La Gusana Ciega are at The Roxy
Manchester Nite  with live tributes to THE FALL, JOY DIVISION, BUZZCOCKS, MAGAZINE, Boy Division is happening at the Echoplex
Rebirth Brass Band are at The Echo
NOCHE DE TABLAO FLAMENCO NIGHT WITH BRISEYDA ZÁRATE & CO. is happening at the Bootleg Theater
The High Curbs, Death Lens, Sad Park, Super Lunch are at the Moroccan Lounge
ROCK ‘N’ ROLL FANTASY CAMP PRESENTS JAM THE HITS WITH THE MASTERS VOL. II is happening at the Troubadour.
Ley Valentine, SPEED OF LIGHT, The Terpenes, Death On The Radio are at the Redwood bar