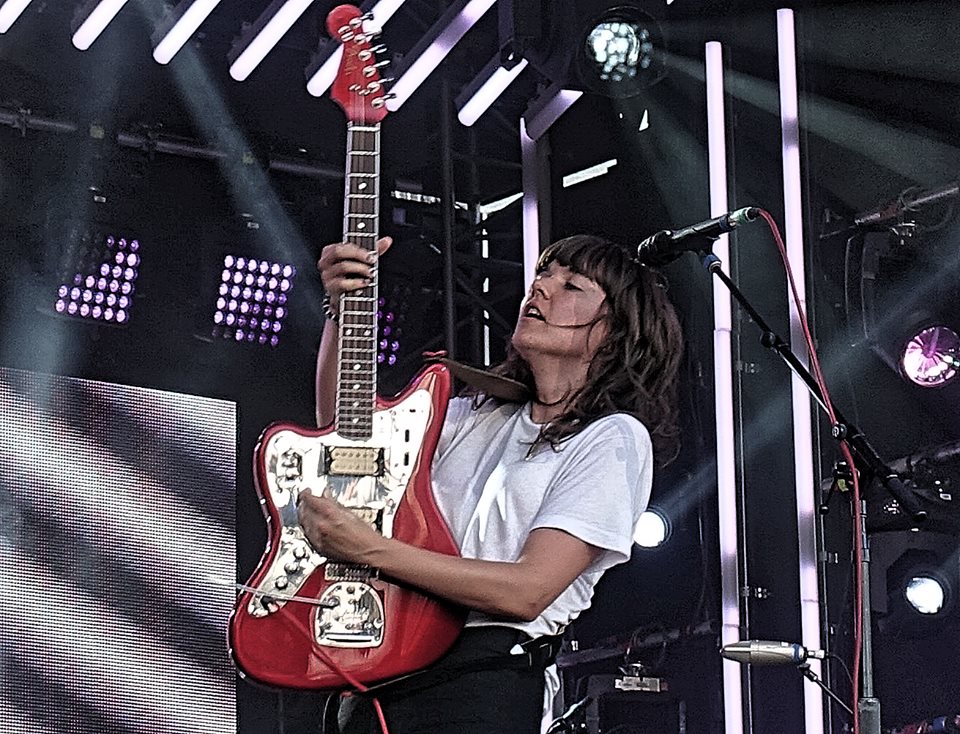 Isabella Rossellini starts a series of shows at the Lodge Room, and Courtney Barnett, Bat for Lashes, Mac Demarco have shows for Valentine’s Day

On MONDAY 10th
It’s A School Night! presents Fly By Midnight, Brasko, Annabel Lee, Alex McArtor at Bardot Hollywood
Prep, Ginger Root are at The Echo
Temme Scott, Eva B. Ross, Mmmonika are at the Bootleg Theater
Draag, Orchin, Gold Cage, Sprain are at the Echoplex
Cartalk, Jake Tittle, Glueshoe are at the Satellite
Pearl & the Oysters, Scott Gilmore, The Incredible Shagatha and his Moog, Holy Pink are at The Hi Hat
Maraschino Residency with Toucan, Sky Cielo, Hermes, and DJ Geneva Jacuzzi is happening at Zebulon
Jordy, Emily Vaughn are at the Moroccan Lounge
Chase the Comet, Jerri Jheto Project, Christina LaRocca are at the Redwood

On TUESDAY 11th
Trevor Daniel is at The Roxy
The Glorious Sons, DES ROCS, Matchstick Skeletons are at the El Rey Theatre
JP Saxe, VINCINT are at The Echo
Hachiku, A.O. Gerber, Olivia Kaplan are at the Bootleg Theater
CUP featuring Nels Cline, Yuka C. Honda, Bobb Bruno and later Daniel Lanois, Rocco Deluca, Johnny Shepperd, Jim Wilson are at Zebulon
That 1 Guy is at the Moroccan Lounge
OMAR VELASCO is at the Hi Hat
Nightly, The WLDFE, Sawyer are at The Troubadour
Lola Marsh, The Morning Yells are at Resident DTLA
Gritty In Pink with Beebs, Shiragirl, All-Girl Jam are at The Satellite

On WEDNESDAY 12th
David August, Gigi Masin are at the Fonda Theatre
Ali Gatie is at The Roxy
Lucha VaVOOM Valentines Spectacular is happening at The Mayan
MALIIBU MIITCH, Cam Girl, Hook are at The Echo
Moses Sumney is at the Bootleg
Pachyman is at the Echoplex
Chastity Belt, Total Heat, High F are at The Lodge Room
The Lone Bellow, Bellsaint are at The Troubadour
Hether, Allie Crow Buckley are at the Moroccan Lounge
Stonefield, Richard Rose, Secret Stare are at Zebulon
Shark Muffin, Ipso Facto, Gustaf, Gesserit, Mean Heat are at the Redwood

On THURSDAY 13th
Phora, DaniLeigh are at the Fonda Theatre
Naughty By Nature are at The Novo
Ed O’Brien (of Radiohead) is at The Masonic Lodge at Hollywood Forever Cemetery
Walk Off the Earth are at the Palace Theatre
The Lone Bellow, Laura Jean Anderson are at The Troubadour
Antibalas, Boogaloo Assassins are at The Regent Theater
North Mississippi Allstars are at the Teragram Ballroom
Moaning are at the Moon Room
Kyle Dion is at the Echo
JEN AWAD, The Venus In Scorpio, Tigercide, Farah Shea, Nura Luca are at the Hi Hat
Lucha VaVOOM Valentines Spectacular is happening at The Mayan
ISABELLA ROSSELLINI’S LINK LINK CIRCUS is happening at the Lodge Room
Sessa, SK Kakraba are at Zebulon
Ninet Tayeb, Final Child are at the Moroccan Lounge
Grave Dancers Union, The Hellflowers, The Carvels NYC, GLITTER TRASH are at the Redwood

On FRIDAY 14th
Bat For Lashes is at The Theatre at Ace Hotel
COURTNEY BARNETT & FRIENDS are at the Palace Theatre
Dashboard Confessional are at the Wiltern
EKALI, Graves, Juelz are at the Shrine Expo Hall
Svdden Death is at the Hollywood Palladium
Phora is at the Fonda Theatre
Nelly is at The Novo
Jasper Bones, Royaljag are at The Roxy
JOHNNYSWIM is at the El Rey Theatre
Los Temerarios are at The Forum
Banda MS de Sergio Lizarraga are at the Staples Center
Charlie Wilson, Stephanie Mills, Con Funk Shun are at the Microsoft Theater
Murder by Death, Saintseneca are at The Regent Theater
Mayer Hawthorne is at the Troubadour
ISABELLA ROSSELLINI’S LINK LINK CIRCUS is happening at the Lodge Room
DAISY, Juto, Alima, Special Guest are at the Echo
Panache’s Annual Valentine’s Day Village of Love Planned Parenthood of LA Benefit is happening at the Teragram Ballroom with Mac Demarco, Cherry Glazerr, Rodrigo Amarante, Cornelia Murr, Soko, and more
A VALENTINE’S DAY AUSTRALIAN WILDLIFE FUNDRAISER with Ben Lee, Scout Willis, Charlie Hickey, Harrison Whitford, Sharon Silva is happening at the Bootleg
TAN COLOGNE, Grant Earl Lavalley are at the Hi Hat
Cailin Russo, Brasko and later Brandon Coleman are at the Moroccan Lounge
Screech Of Death (Ex 45 Grave/ Pagans), Guillotines (Pagans / Richie Ramone), Spent Idols, The Pretty Uglys are at the Redwood

On SATURDAY 15th
Gallant, VanJess are at The Roxy
Bag Raiders are at 1720
Sonny Fodera, Dom Dolla, Cassian, Bones B2B Lee Wells are at the Shrine Expo Hall
Horrorpops are at the Wiltern
THE HEAVY are at the El Rey Theatre
The Dream Syndicate are at the Echoplex
Part Time, Gary Wilson, Winter, Brysin Cone are at The Regent Theater
ALO, Ben Morrison are at The Troubadour
This Will Destroy You, Amulets are at the Teragram Ballroom
Rhondavous: A Lovers’ Ball with War Nymph (Grimes (DJ Set), Ash Lauryn, Danny Daze, DJ Holographic, Doppelgang, Erol Alkan, Goddollars, Heidi Lawden, Helix, Jeniluv, Lloydski, Lovefingers, Masha, MoMA Ready, Paradise, Rick Trainor, Tornado Wallace and more is happening at Catch One
Miniature Tigers, Katzù Oso are at the Bootleg Theater
80’s Weekend #9 is happening at the Microsoft Theater with Violent Femmes, MC Hammer, Wang Chung, A Flock of Seagulls, The Romantics, Big Country, Missing Persons, Heaven 17, Farrington and Mann Original Members of When in Rome UK, Dramarama, Josie Cotton, China Crisis.
Noah Reid, Matthew Barber are at The Belasco Theater
Decades Collide, Big Daddy Kane, Beat Junkies are at The Belasco Theater
Papa M,  Night Tongue, Agender, Satellite Sky are at The Hi Hat
Terry Allen and the Panhandle Mystery Band are at Zebulon
Banda MS de Sergio Lizarraga are at the Staples Center
TOBYMAC, Tauren Wells, Jordan Feliz, We Are Messengers, Ryan Stevenson, Aaron Cole, Cochren & Co. are at The Forum
Chris Farren, Retirement Party, Macseal are at the Moroccan Lounge
Ottmar Liebert, Luna Negra are at the Saban Theatre
Ravens Moreland, Jesucrisis are at the Redwood

On SUNDAY 16th
Valentine’s Love Jam 2019 with Tyrese, Joe, Ginuwine, Dru Hill, Avant is happening at The Forum
GALLANT, VanJess are at the Roxy
Stray Kids are at the Microsoft Theater
Sarah McLachlan is at the Terrace Theater
Luke James is at the Troubadour
Sammy Miller and The Congregation, the Westerlies are at the Bootleg Theater
Cubensis are at the Moroccan Lounge
Terry Allen and the Panhandle Mystery Band are at Zebulon
DIGABLE PLANETS, BLACK HISTORY MONTH: REBIRTH OF SLICK With DIGABLE PLANETS is happening at the Lodge Room
Exploding Pintos, C.C. Potato, Saltykova, Bad Advice are at the Redwood