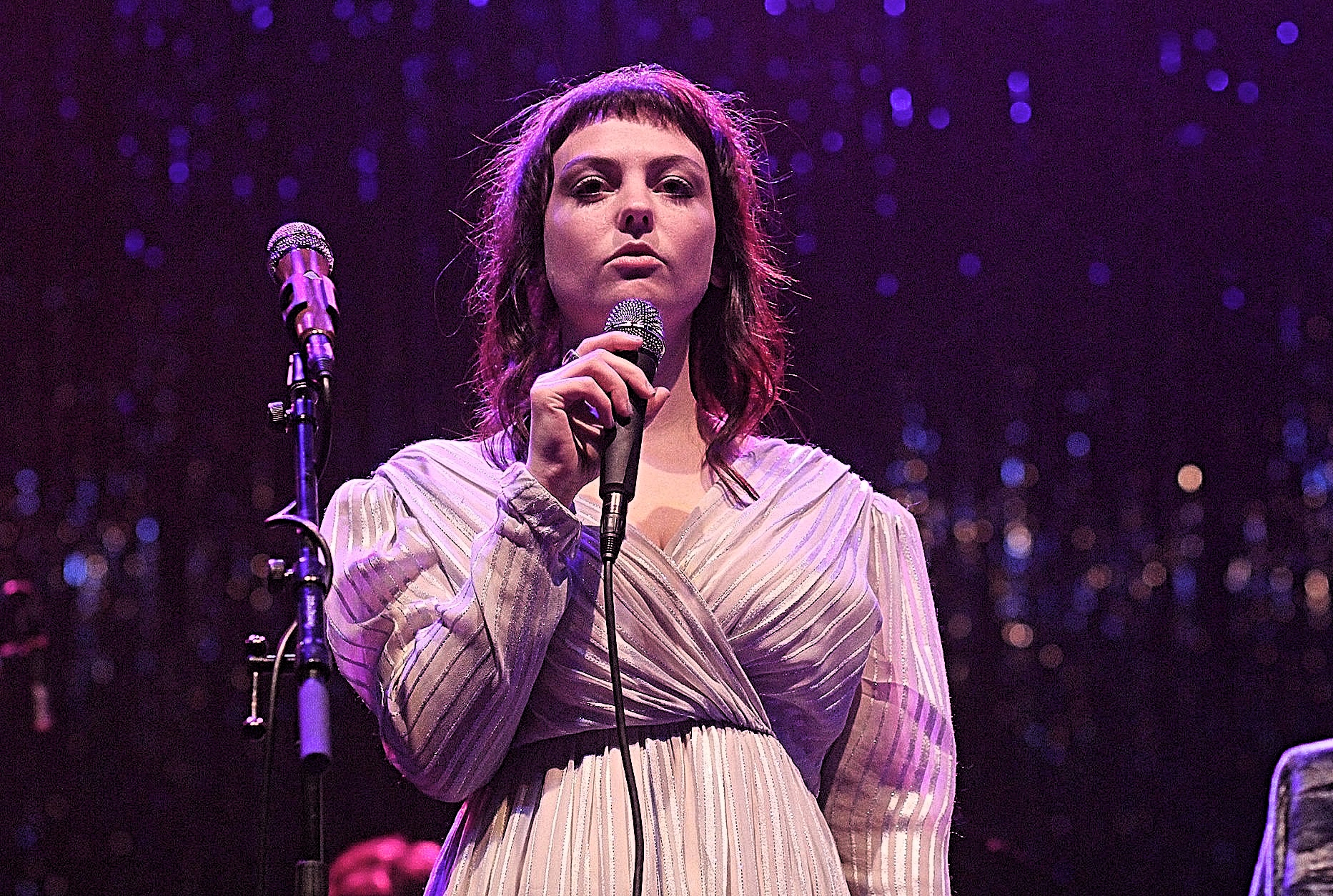 On MONDAY 2nd
Pixies, Kristin Hersh are at The Troubadour,
Souly Had, 12AM, Foggieraw are at The Roxy,
Zimmer is at The Echo,
Club sCUM is happening at the Echoplex with Xina Xurner, Dicksucker, Jesua Bones, Dvvsk, Lady Forbidden, DJ Hex-Ray, Bustié,
It’s A School Night! has JESSAME, John K, Nate Mercereau, Boy in Space at Bardot,
King Leg, Ben Reddell Band, The Walks of Life are at The Satellite,
Henry Hall, High School Jacob, Katie Pearlman, Lena Redford are at the Bootleg,
Shannon Lay, Anna St.Louis are at Zebulon,
Phoebe Silva, Harry Katz & the Pistachios, Brenda Carsey, Greg in Good, Company are at The Hi Hat,
Kyle Lux is at the Moroccan Lounge,
Nathan Johnson & Rian Johnson are doing a signing at Amoeba Music,

On TUESDAY 3rd
Pixies, Kristin Hersh are at The Troubadour,
Mat Kearney, Eli Teplin are at The Masonic Lodge at Hollywood Forever Cemetery,
Mmmonika, Junior Mesa, Van El are at the Bootleg,
LIMP BIZKIT are at the Roxy,
History of L.A. Ska: Part 2 is happening at The Grammy Museum,
Franc Moody is at the Echo with Joe Hertz,
Motor Sales are at Zebulon with Buck Meek (of Big Thief), Clara-Nova, Pete Lalish (of Lucius), Sondre Lerche, Jonathan Ames, AO Gerber,
Deb Never is at the Moroccan Lounge with Jean Dawson, and later, Natalie Green is at the Moroccan Lounge with Postcard Boy, Twang Clark,
Sodaboxx, Alé, Deep Waters, Masomenos are at the Redwood,

On WEDNESDAY 4th
ScHoolboy Q, NAV are at The Forum,
Mr. Carmack are at the El Rey Theatre with Sabeerah,
Chloe x Halle are at the Fonda Theatre,
Anna Clavi is at The Echo,
Mat Kearney, Eli Teplin are at The Masonic Lodge at Hollywood Forever Cemetery,
Battles, Palm are at The Lodge Room,
MAGIC GIANT, The Federal Empire are at the Troubadour,
Boston Manor are at The Roxy with Microwave, Heart Attack Man, Selfish Things,
We Found New Music with Nasaya, Hudi, Brandon Banks, Danny Dwyer is happening at The Hi Hat,
THE MAKE-UP are at Zebulon,
Great Guitars: The String Revolution is happening at The Grammy Museum,
Odezenne are at the Moroccan Lounge,
WACKO are at the Satellite with The Manx, SkullCrack, Graf Orlock,

On THURSDAY 5th
Angel Olsen, Vagabon are at the Palace Theatre,
Sasha Sloan is at the Fonda Theatre with Winnetka Bowling League,
Dir En Grey is at The Regent Theater,
Alex Cameron is at The Troubadour with Jack Ladder, Emily Panic,
Lisa Prank, Rose Melberg, Worriers are at the Bootleg,
Moon Hooch are at the Moroccan Lounge with Coco Columbia,
The Revolution (Prince’s Former Band) are at The Theatre at Ace Hotel,
Daughters, Protomartyr, Show Me The Body are at the Belasco,
SAINt JHN, Kodie Shane are at the Echoplex,
Magic Sword are at The Echo with Equip,
THE SCORE are at the Roxy with Dead Poet Society,
LOUIS FUTON is at 1720 with AOBeats & Paper Idol,
Bill Frisell, Julian Lage Duo are at UCLA Royce Hall,
THE MAKE-UP, SETH BOGART are at Zebulon,
Bonavega, Brasko, Mood Killer are at The Hi Hat, Charlie Parr is at the Satellite with Sam Morrow, Mara Connor,
The Tearaways featuring Clem Burke, the Reflectors, Mogg are at the Redwood,

On FRIDAY 6th
KIIS FM’s Jingle Ball is happening at The Forum,
Angel Olsen, Rodrigo Amarante are at the Palace Theatre,
Alex Cameron is at The Troubadour with Jack Ladder, Emily Panic,
Dreamers are at the El Rey Theatre with Arrested Youth & American Teeth,
Drab Majesty are at The Masonic Lodge at Hollywood Forever Cemetery,
Madison Cunningham, Johanna Samuels, Pet Dress are at the Bootleg,
Fantasia is at the Microsoft Theater with Robin Thicke. The Bonfyre,
Graves, Rickyxsan, Stuca, Knock2 are at 1720,
The Slackers, Viernes 13, Soul Ska, Gabriela Penka are at The Regent Theater,
Marco Benevento, The Mattson 2 are at the Teragram Ballroom,
The Dickies, Cheap Tissue are at The House of Machines,
Ryan Caraveo is at The Roxy with Khary,
Kills Birds are at the Moroccan Lounge with Daisy, The Living Roomers,
SPREAD LOVE, NOT HATE CONCERT Featuring Rapsody, Macy Gray, Terry Crews as Hosts is happening at the Fonda Theatre,
Judge, Down to Nothing, Regional Justice Center, & Section H8 are at Zebulon,
Jerry Cantrell is at the Pico Union Project,
SONNY & THE SUNSETS are at the Hi Hat with The Gonks, The Flusters,
SURFBORT are at the Lodge Room with DUMB FUCKS, NICE,
Drug Front, Graveyard Bandits, Dante Hell Hounds are at the Redwood,

On SATURDAY 7th
MANÁ are at The Forum,
Illenium is at the Staples Center with Dabin, William Black,
Black Flag are at The Roxy with The Linecutters,
She Past Away, Twin Tribes are at 1720,
Greyson Chance is at the El Rey Theatre,
Yotto is at the Fonda Theatre with Cassian & Sohmi,
Mount Eerie, Julie Doiron are at 7 pm and at 9pm at The Masonic Lodge at Hollywood Forever Cemetery,
Snoh Aalegra is at the Wiltern,
Bassrush Presents: Disciple Takeover is happening at the Hollywood Palladium,
High On Fire, Power Trip, Devil Master, Creeping Death are at The Regent Theater,
Lindsay Ell is at The Troubadour with Caleb Lee Hutchinson,
Defeater, Modern Life is War are at the Teragram Ballroom,
Very Be Careful, La Onda, Paisa Pari are at The Paramount,
From Indian Lakes is at the Moroccan Lounge with Queen Of Jeans, Yummm,
GLADES are at the Echo,
Jerry Cantrell is at the Pico Union Project,
MIKE KROL is at the Bootleg with Night Shop, Jess Cornelius, Nate Fernald,
FITNESS are at the Hi Hat with Somme,
LOUIS COLE is at the Lodge Room with STRING BOYS,
FRANKIE & THE WITCH FINGERS, KEVIN, PERFECTION are at Zebulon,
Clem Darling and the Astronauts, the Spreewells, Jason Heath and the Greedy Souls, Tramp for the Lord are at the Redwood,

On SUNDAY 8th
Me First and the Gimme Gimmes, Glitter Wizard, Masked Intruder are at the Fonda Theatre,
Ours are at the Teragram Ballroom with Chris Shinn, Black Angel,
With Confidence, Seaway, Between You & Me, Doll Skin are at The Roxy,
KJAZZ JINGLE JAZZ is at the El Rey Theatre,
NOTHING, LAUNDER, NO SWOON, SPRAIN are at the Echoplex,
Myles Parrish is at the Echo,
Rachael & Vilray are at the Pico Union Project with Akie Bermiss,
TOW’RS are at the Bootleg with B.R. Lively,
Sir Woman is at the Moroccan Lounge with Dylan Meek,
JASON LYTLE is at the Lodge Room,
Blood Wisdom,Beatnik Party are at the Redwood