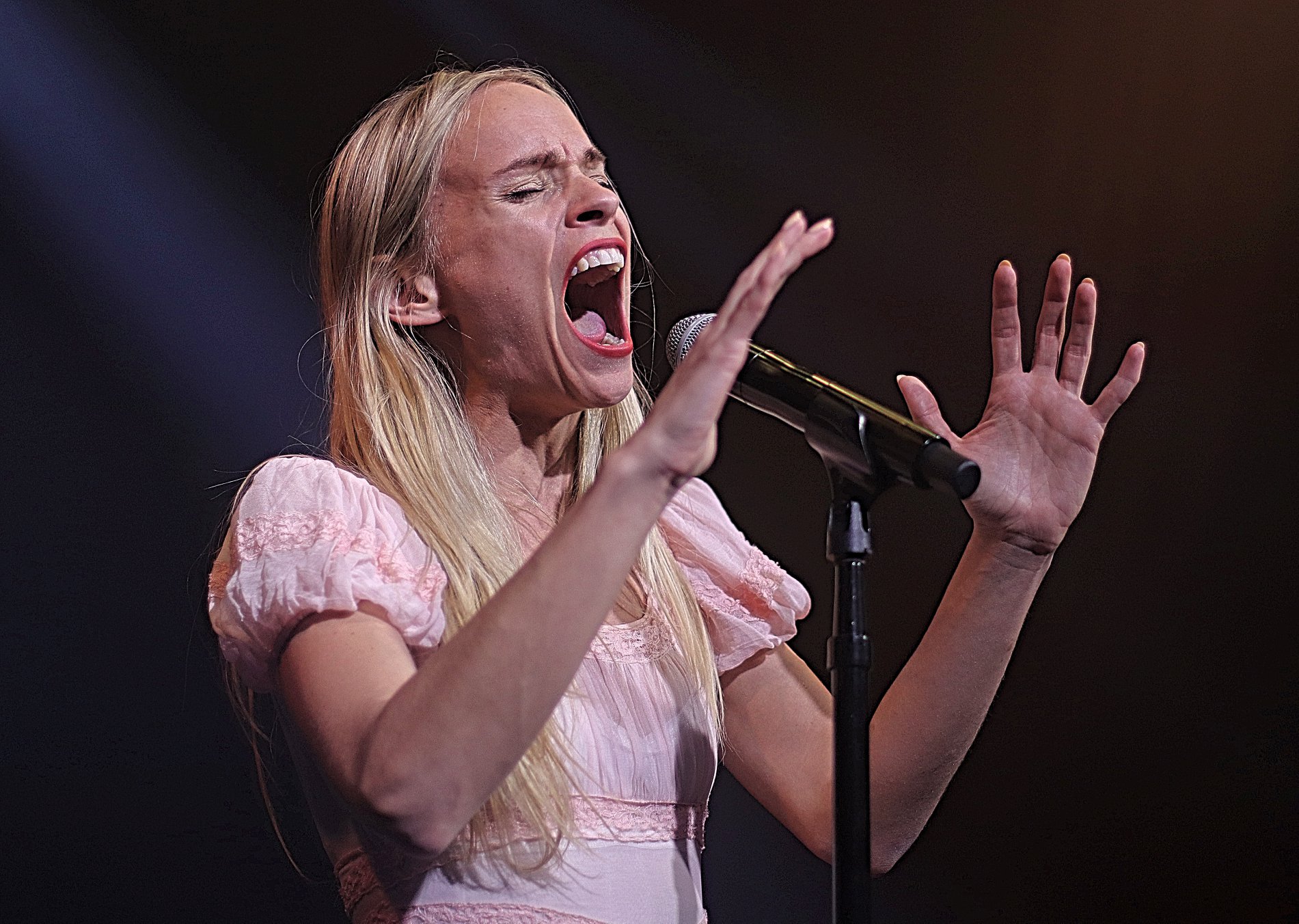 Echo Park Rising is happening at the Echo/Echoplex and many other locations from Thursday, August 15th to Sunday, August 18th.

On Monday 12th, Keane are at The Roxy, Automatic are at The Echo with Egrets on Ergot, C57BL/6, Terminal A, SYMLis at The Troubadour with Exes, Summers Fest with Mustard and Special Guests is happening at The Novo, Orville Peck is at  Amoeba Music, It’s A School Night! has Jon Lemmon, Ralph Castelli, Gavin Haley, Shiloh Meets World! at Bardot, Love Nothing, Jet Trash, Gracie Grayare at The Satellite, Reel To Reel: Creating Woodstock is happening at The Grammy Museum, Spencer Sutherland is at the Moroccan Lounge with Justice Carradine, A.O. GERBERis at the Bootleg with Sofia Bolt, GABI JR, Sammy Miller and The Congregation are at The Hi Hat.

On Tuesday 13th, King Gizzard & the Lizard Wizard, Stonefield, ORB are at the Greek Theatre, 311 are at The Grammy Museum, The Murder City Devilsare at the Teragram Ballroom with The Intelligence, Alex Lahey is at The Troubadour with Kingbury, Perfume, Kaz Mirblouk, Joshua & The Holy Rollers, Bobby Baritone are at The Echo, Dol Ikara, Sleep Still, Chelsea Effect are at The Satellite, Britain at the Bowl is happening at the Hollywood Bowl, Cosmo, Ejaaz, Brian McKnight Jr. are at the Moroccan Lounge, PLANET BOOTY are at the Bootleg with The Puscie Jones Revue, Dol Ikara, Sleep Still, Chelsea Effectare at the Satellite, The Sob Sonnets, motherMACHINE, Trash Castle are at The Hi Hat, Rikkha, Drac, The Swamp Rats, ouijaare at the Redwood.

On Wednesday 14th, Killswitch Engageare at Amoeba Music, Desert Nights has Jocelyn, Chris Arndt, Julez at The Standard, Ivan Lins and Friends: A Journey to Brazil is happening at the Hollywood Bowl, Black Fire Sessions with Anthony Braxton, Jacqueline Kerrod, Kelsey Lu, Beans, Jimetta Rose, Maurice Harrisis happening at The Broad, Kriegshög are at The Satellite with Zoloa, Smut, Body Fluid, Cold Hart, Horse Head, Yawns, Fish Narc, Lil Zubin, Fantasy Campare at The Lodge Room, Leah Capelle is at the Moroccan Lounge with The Dumes, The Nova Darlings, MANHATTAN MURDER MYSTERYare at the Bootleg with Seasons, Taleen Kali, Patrick Martin, The Filthy Souls, Speelburg and Mexico City Blondes are at The Hi Hat, Steve Earle & The Dukes are at the Troubadour with The Mastersons, Kabuki Seamstress, Delanova (Poppy Jean Crawford), Lo Haze are at the Redwood.

On Thursday 15th, Summer Salt, Dante Elephante, Motel Radio are at the Fonda Theatre, MAX WEINBERG’S JUKEBOX is at the El Rey Theatre, DeVotchKa are at The Roxy, Reggie Watts, Karen are at the Teragram Ballroom with Danke, Zealynis at the Moroccan Lounge with Lizzy Land, Rynn, FYOHNA are at the Bootleg with Maddie Jay, The Born Love, Jerry Weintraub Presents ‘A Panel Discussion & Exhibit’with  Bob Lefsetz, Michael Weintraub, Bob Finkelstein, John Meglen, Claire Rothman, Sims Hind, Peter Jackson at The Grammy Museum, Kirk Franklin is at the Wiltern, Fartbarf, Numb.Er are at Levitt Pavilion MacArthur Park, The Matt Gilmour Band, JW Francis, The Cuckoos, Siam Jem are at the Satellite, Nicole Dollanganger is at The Hi Hat with Infinity Crush, Steve Earle & The Dukes are at the Troubadour with The Mastersons, Wrinkling Brothers, Mecolodiacs, Slim Zwerli are at the Redwood, and Echo Park Risingstarts.

On Friday 16th, Mon Laferte, Ambar Lucidare at the Hollywood Palladium, Ty Segall & Freedom Band are at the Teragram Ballroom with The Intelligence, Hawthorne Heights, Emery, Oh, Sleeperare at The Roxy, The Fieldare at The Lodge Room with Mesmé, Nordic Soul, Joe Russo’s Almost Dead are at the Greek Theatre, Tomasa del Real, El Licenciado, Subsueloare at Levitt Pavilion MacArthur Park, CAFE CON TEQUILA are at The Paramount, The Soft White Sixties are at the Moroccan Lounge with Them Evils, King Dream, MARTY O’REILLY & THE OLD SOUL ORCHESTRA are at the Bootleg with The Riverside, Hibou, Tangerine, Jordan Gatesmith (Wellness) are at the Hi Hat, LAUNDRY DAYare at the Troubadour, Bella Novela, Rumours, Teenage Goo Goo Muck, The Damed, Vanessa Silberman are at the Redwood, and Echo Park Rising continues.

On Saturday 17th, Bad Religion, Dave Hause + The Mermaids, The Lawrence Armsare at the Hollywood Palladium, Godspeed You! Black Emperor are at The Theatre at Ace Hotel, Andrew Bird is at KCRW HQ, Demons & Wizards, Lizzy Borden, Tyr are at the Wiltern, 3TEETH are at the Teragram Ballroom with Author & Punisher, Lana del Rabies, Bad Books, Brother Bird are at The Lodge Room, Blues Traveler, Los Colognes are at Pershing Square, FLYNT FLOSSY, TURQUOISE JEEP are at the Roxy with Kosha Dillz, Bronco are at the Microsoft Theater with Sandra E , Grupo Brynd is, Boogaloo Assassins are at Levitt Pavilion MacArthur Park, Leela Jamesis at Burton Chace Park, Proud 365is at the Moroccan Lounge, FAT NIGHT are at the Bootleg with Riley Geare, Roger Hallaway, Ringworm, Crematorium, Watch Me Burn are at the Hi Hat, Orville Peck is at the Troubadour with Dick Stusso, and Echo Park Rising continues.