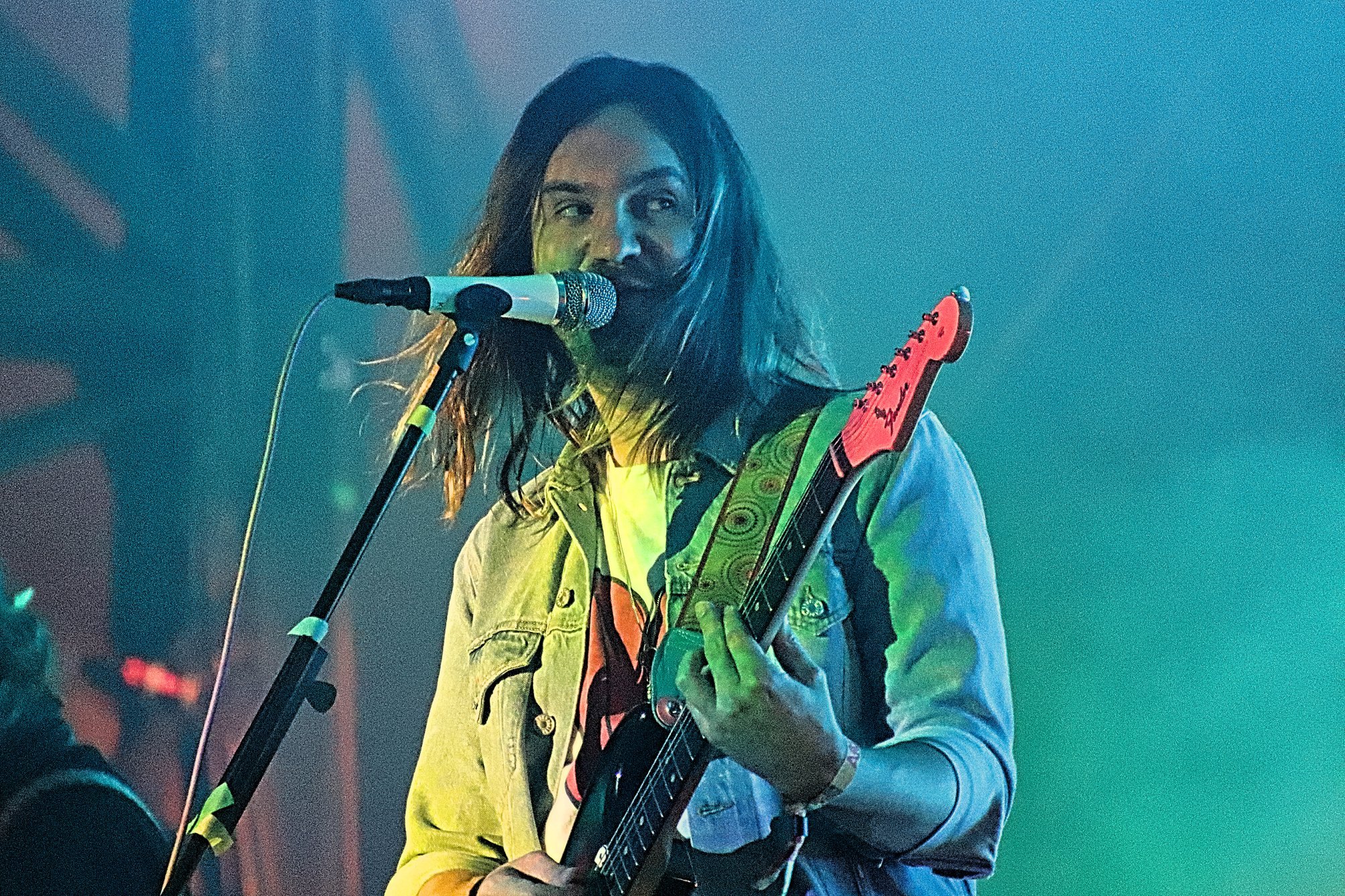 On Monday 8th, Backstreet Boys are at The Grammy Museum, Uffie, Model Child are at the Moroccan Lounge with Jarina De Marco, Tender are at The Troubadour with Jane Holiday, It’s A School Night! has Bad Child, Lauren Aquilina, McCall at the Whitley, Low Hum, Dustbowl Dreamer, Jubilo Drive, The HolyCuts are at The Echo, Forever X2 are at the Satellite with Mermaed, THRILL YOU KILL YOU, Gentry, Izaak Opatz is at the Bootleg with Albert and His Dreamboats, Matt Lohan, Heiress, Great Falls, This White Light, Intrcptr are at Resident.

On Tuesday 9th, Hozier is at the Fairbanks Lawn at Hollywood Forever Cemetery with Wasteland, Baby! Tour, Jade Bird, Ten Fé are at The Troubadour with Madison Malone, Ben Rector is at the Theatre at Ace Hotel with Josie Dunne, J.S. Ondara is at the Moroccan Lounge with Cat Clyde, The Murlocs are at the Teragram Ballroom with Ohtis, Livingmore are at The Echo with Oddnesse, Dream Phases, Liv Slingerland, Della Mae are at the Bootleg Bar with the LA Hootenanny, DDG is at the Roxy with B. Lou, DC the Don, Flight, Yung Charc, TyTheGuy, Domi V, Sheem Kluaf, Jazze, The Beta Machine are at Amoeba Music, Capyac, Colton Avery, Sheare, Emily Brimlow are at Madame Siam, The Manx are at the Hi Hat with The Tenth, Foxx Bodies, Mixed Kid Fridays, R E L, ALLIE CROW BUCKLEY, Z BERG, PEARL CHARLES + SPECIAL GUEST are at Zebulon, The Torrents are at the Redwood with Fever Dream, Los Angeles Misfits.

On Wednesday 10th, The 1975 are at The Roxy, Mac DeMarco is at The Echo with Molly Lewis, Jack & Jack are at The Belasco Theater, Max Frost is at The Troubadour with UPSAHL, Why Dogs Why are at The Satellite with The Rare Occasions, Punk Crush, Alex Andre, The Blue Stones are at the Moroccan Lounge with Charming Liars, Convey, GUN OUTFIT, SHIT GIVER, THE SECOND SET, BUS are at Zebulon, Bart and the Bedazzled, Miranda Lee Richards, Starlight Cleaning Co., Dustin Curtis Boyer, Tiffany Anders are at the Redwood.

On Thursday 11th, Taking Back Sunday are at the Hollywood Palladium, Blood Orange is at The Roxy, Clairo is at the El Rey Theatre with Men I Trust, TAME IMPALA are at the Fox Theater Pomona, Camilo Septimo are at The Echo, Wicca Phase Springs Eternal is at the Echoplex with Horse Head, MIRSY, Goon, Dead Soft are at the Moroccan Lounge with Draag, Chris Crofton is at the Bootleg with Julian McCullough, Jem Cohen, Josh Fadem, Live At The Troubadour: Night 1 has Stan Taylor, Dan Paul Detoure, Captur of Sin, CUBE is at the Satellite with Emma James (FKA RedRedRed, Primary Colors, Dark Entries),  Bleach, Ghostface Killah is at the Regent with CalenRaps, Satellite Citi are at the Hi Hat with Pacific Radio, Graves & The Bad Weather, Dusk, DAMON & NAOMI, EXPLODING FLOWERS are at Zebulon, Bone Cult, D’Animal, Zeitgeist and the Mage are at the Redwood.

On Friday 12th,Coachella 2019 is happening at Empire Polo Club with Childish Gambino, Janelle Monae, The 1975, RUFUS DU SOL, BLACKPINK, Diplo & many more, Taking Back Sunday are at the Hollywood Palladium, Camila, Sin Bandera are at The Forum, Drugdealer are at the Teragram Ballroom with Sgt. Peppers Beatles Tribute Band, Flipper are at the Regent with David Yow, NO PARENTS, Mike Watt & The Secondmen, Qui, Taali is at the Bootleg, Live At The Troubadour: Night 2 has Nick Sherwin, TakeTheStage, Pink Furs, The Jags, Emancipator are at the Roxy with Marley Carroll, 9Theory, Lapa, The Gloaming are at the Theatre at Ace Hotel, Jessica Gerhardt is at the Hi Hat with Night Talks, Merlot Embargo, Scott Bartenhagen, Big Business are at the Echo with Yawning Man, Grave Zone, Brass Box are at the Echoplex with Patriarchy, Crook, MRK, WHAT IS A LOFI? Featuring Kero One is at the Moroccan Lounge with Support from ninjoi, Rachel Flowers, YMF Debut Orchestra are at the Wilshire Ebell Theatre, Steven Curtis Chapman is at the Wiltern, Pacific Dub are at the Lodge room with Tyrone’s Jacket, Seranation, Meatbodies, Prettiest Eyes, Chud, The Chonks are at El Cid, The Limit Club, Thirsty Crows, Ruff Enuff, Dead City Riot, The Hellflowers are at the Redwood.

On Saturday 13th, Coachella 2019 is happening at Empire Polo Club with Tame Impala, Solange, Aphex Twin, J Balvin, Kid Cudi, Billie Eilish, Bassnectar Weezer and many more, Los Angeles Azules are at the Greek Theatre, The Millenium Tour is happening at the Forum with B2K, Mario, Pretty Ricky, Lloyd, Bobby, V, Ying Yang Twins, Chingy, Eric B. & Rakim are at The Novo, Andy Black is at the El Rey Theatre with The Faim & Kulick, Ritual Howls are at the Echoplex with Tempers, Olive Kimoto, Paige Emery, Vaud and the Villains are at The Teragram Ballroom with Herbert Bail, Sister Speak, Kills Birds are at the Bootleg with Brutus VIII, Makaya McCraven is at The Lodge Room, Help the Doctor are at the Troubadour with Chasing Desolation, Pistol Beauty, Savannah Pope, Illunis, ABBARAMA are at The Roxy, Masked Intruder, The Bombpops are at The Hi Hat, Owlacid, Bad Looks, BLCKSVNDY, Hurt Hawks and the Barflies are at the Redwood, and later have El-Haru Kuroi are at the Redwood with KING Steady BEAT, Bob Hernandez.

On Sunday 14th, Coachella 2019 is happening at the Empire Polo Club with Ariana Grande, Khalid, Zedd, Gesaffelstein, Bad Bunny, Chvrches, Dillon Francis, YG, Gucci Gang, and many more, The Millenium Tour is happening at The Forum with B2K, Mario, Pretty Ricky, Lloyd, Bobby, V, Ying Yang Twins, Chingy, The Maine are at the Teragram Ballroom, August Alsina is at The Novo, John Vanderslice is at the Bootleg with Meernaa, Grand Ole Echo is happening at the Echo with Smith Allen, Davey & the Midnights, Blair Degrass, Jerry & the Rest, Carolyn Sills, PELADA, ALL YOUR SISTERS, SOME EMBER, CRUZ DE NAVAJAS, TEMPLE OF ANGELS are at the Echoplex, JP Harris is at The Echo, Janine is at The Roxy with Julius Daniels and Max Fullard, Summer Cannibals are at the Redwood with Flames of Durga, Creek Face.