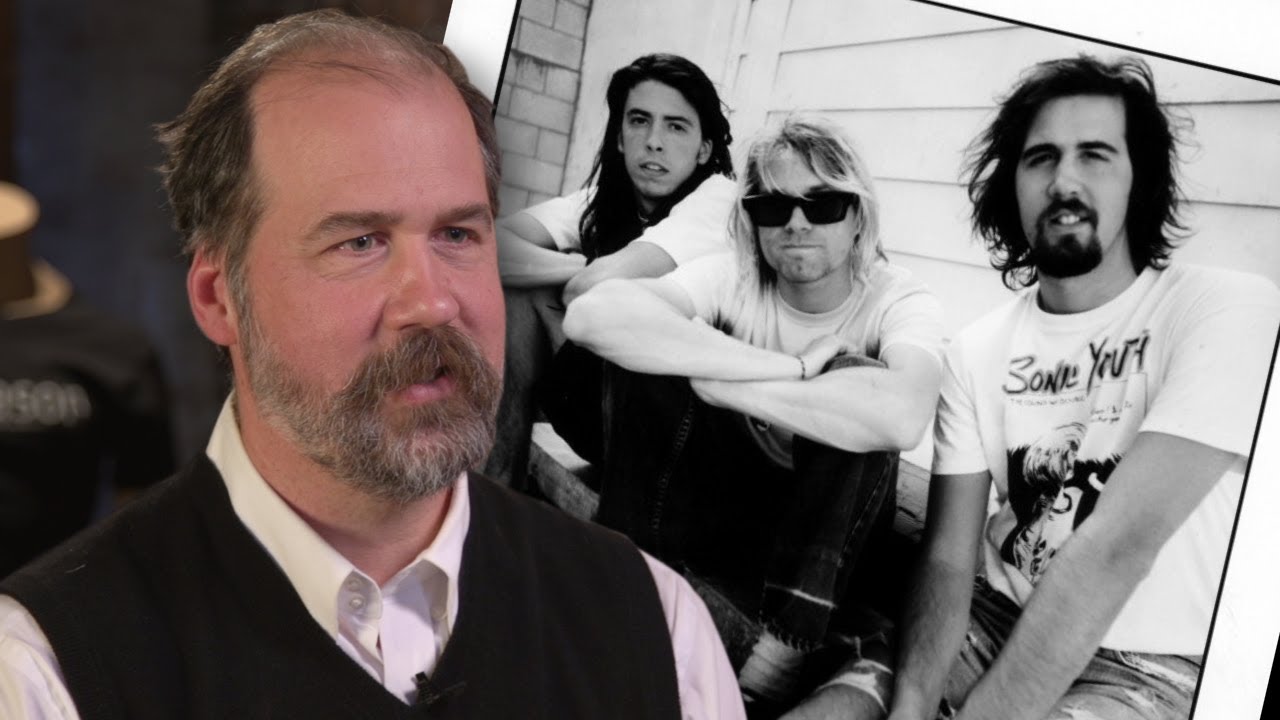 Did Krist Novoselic suddenly reveal his admiration for Trump? In a post on his personal page (now private), he wrote something that didn’t land well in these divided times:

‘Wow!!! I know many of you can’t stand him, however, Trump knocked it out of the park with this speech,’ wrote Novoselic.

‘I drove from Wahkiakum to Seattle and back today and have seen countless fellow Washingtonians on the road. I did not see any violence—but a Tesla supercharging station at an Auburn mall was closed off by police. Driving, I passed by regular folks who are already stressed by the COVID. Now, social media and television are looping images of societal breakdown.

The violence, (and not the protests) appear as a leftist insurrection. Imagine if so-called ‘patriot militias’ were raising this kind of hell? If this were the case, left-wing people would welcome federal intervention. Most Americans want peace in their communities and President Trump spoke to this desire. Never mind the legal details that few understand—Trump said he would stop the violence and this speaks to many.’

Does he even remember he was Nirvana’s bassist? Nirvana, one of the most enduring icons of generation X and punk rock? ‘We were against racism, sexism, homophobia – but I’d rather say we were for inclusion and tolerance,’ declared Novoselic in this 2016 Rolling Stone interview. He is in fact one of the biggest hypocrites, turned typical middle-aged white man afraid for his security when people are in the streets? What a disappointment, or rather there is no disappointment on my part because I never liked the way he stood by Courtney Love, but that’s another story.

When Kurt Cobain was giving the finger to authority and trashing the stage, Novoselic reveals himself as a guy who likes authority and order, he has become the man Nirvana was rebelling against. The ‘leftist insurrection’ in his discourse gives away everything,… is it exaggerated to say he is sort of a fascist?

it’s not something he can recover from, even after deleting his Twitter account, he is elaborating too much in the Trump direction.  And did you notice, he doesn’t even mention the Black Lives Matter movement

I wonder who else these events are going to out… 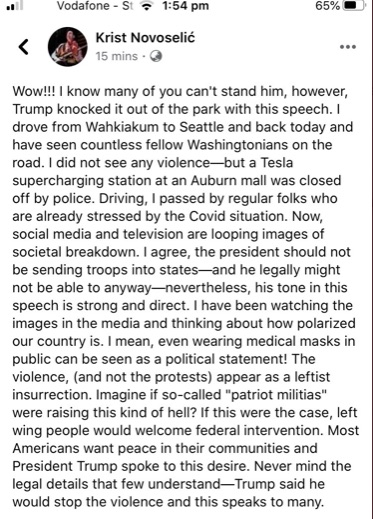