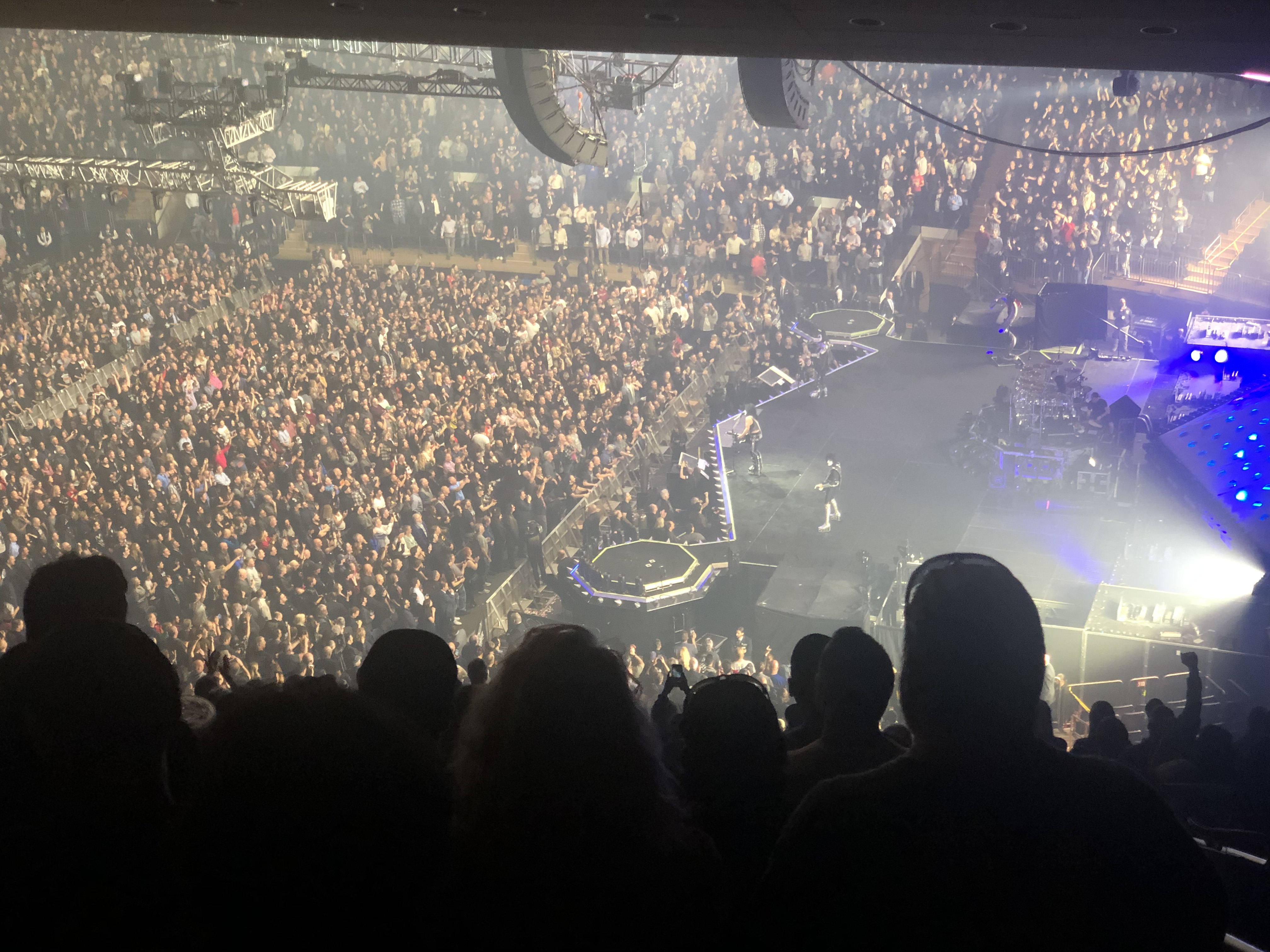 KISS sold out Madison Square Garden for the fifteenth time in their career last night, a long dumb trip that took them from the Diplomat, to selling out two nights at the Beacon, to the world domination of stupid. “You’re looking at a band in the rock and roll fame hall of fame,” Paul Stanley bellowed in that rasping, abrasive boy meets whine voice he uses. Yes, folks, this was gonna be Detroit Sucks City.

Back at the turn of the century I had a great friend named Zander, he was huge, and looked goofy like a Baby Huey goofy, but was very, very smart. Smarter than me. I once made the case that the marijuana laws were bad because they criminalized an activity many people performed, and that leads to a disrespect of all laws. His response was that not all laws people ignore are bad and gave double parking as an example. Game and match. So when KISS were playing at Nassau Coliseum and Zander insisted I join the KISS ARMY for the night, I put aside my extreme antipathy for the make up ladened, cliched baring, tuneless, guitar blazing monsters of moron, and, with Zander as my guide, took a train and cab for the two hour plus journey, and had a good enough time.

Twenty years later, stuck among an audience that defines “ugly American,” the magic has gone and I don’t care how much you love em, KISS were a huge bore. Opening was performance artist  David Garibaldi, he paints rock stars (Ozzy and Springsteen yesterday) portrait with about the same skill as those Asian men lined around the Plaza Hotel.

But we were not here for bad paintings, and we certainly weren’t there for guitarist Tommy Thayer or drummer Eric Singer, we were there for the two remaining Kissers, bassist Gene Simmons and MC and rhythm  guitarist Paul Stanley, the former a fat 70 year old god of thunder, the latter a fit and muscular but whiny 67 year old, and long gone original members Peter Criss and Ace Frehley (who you can catch at Sony Hall a coupla times a year) weren’t even a memory. And we wanted it, we got it. White, lower middle class, house warming gifts of the same old songs, never that great to begin with, performed exactly the same way only worse. Sure, three generations of painted faced starchilds is moving in its own overweight way, and it is certainly audience participation, even reality augmentation, but if you aren’t part of the ARMY all that is left are these 1970s songs that are loud but useless. In 2019, heavy metal guitars are just beyond a bore, you know it before they play it, and nobody plays it well. They live in a world where Destroyer was  a musical development.

The obvious comparison is with AC/DC and Motorhead, two bands who mined a similar guitar based riff on drums aesthetic and for similar reasons: all three were all catharsis all the time, but only one were stuck with songs that didn’t have the strength of their brute force convictions. KISS don’t have a song anywhere near “Ace Of Spades” or “American Thighs,” they didn’t have the working class pug uglies on speed of a Lemmy or the Robert Plant fronts teen boys of  Brian Johnson: at the heart of KISS is a sterile repetition of the same old stuff, year in year out since their return in the 1990s.