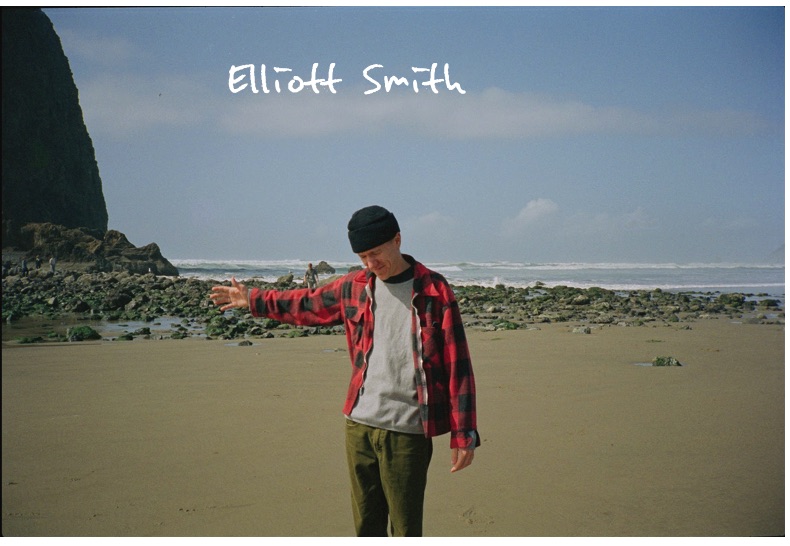 It’s almost there, Kill Rock Stars has been teasing us all summer long with a series of covers by many bands, the Elliott Smith: Expanded 25th Anniversary Edition will be out on August 28th and, as promised, will include the remastered ‘Elliott Smith’ LP Reissue, a previously unreleased ‘Live at Umbra Penumbra’ live album, housed in a coffee table book by photographer JJ Gonson.

A lyric video for the newly remastered ‘Needle In The Hay’ was released today, and this is probably one of the most famous songs of the album, played during the suicide scene in Wes Anderson’s movie ‘The Royal Tenenbaums.’ As the movie was released before his death, Elliott had the occasion to share his opinion and it was a combination that he detested himself. Did he need another obvious suicide reference?

On a personal note, I have never been excited by remastered albums. I have owned the self-titled album for probably more than 17 years, I am too old to be passionate about vinyl (been there in the ‘70s and ‘80s) and good audio of the Umbra Penumbra live show has been circulating among fans for a long time. Even cleaned up by Larry Crane, is it worth the money? The money is a real concern for fans who have been complaining about these pricey reissues (up to $1,849.99!) although the bundles at $249.99 are already sold out.

‘Recently, KRS put out a trailer for the Elliott Smith remasters and then delisted it. They also deleted and disabled the comments. Why? Because myself and other commenters were calling out the pricing,’ wrote a fan complaining about the prices. ‘Check the website yourself and gasp as you gander and gawp at a special edition that costs nearly two grand (in Canadian Maple bucks) before shipping.’

KRS responded that the item being fragile and expensive would ‘require specialized packaging’ so they have chosen ‘to only offer the priority mail option to avoid the heartache that comes from records being damaged in shipping.’ I understand but $25 of shipping can certainly be an issue, especially for international shipping. In LA, we still have the chance to have a few local record shops and wait until the physical object gets there – although Amoeba hasn’t reopened yet – however, this is certainly not the case everywhere.

In this era of streaming, these items are only valuable for collectors, people who are still attached to an object, and if there are still plenty of these people, many fans are wondering the necessity to remaster something that already existed. And at the risk to once again anger Larry Crane, the official archivist for the Smith family, I think it’s a legitimate question. I personally could not hear any difference between this new remastered ‘Needle in the Hay’ and the original version, although some fan wrote this: ‘Now Needle in the Hay’s remastered version is on their channel and it’s just massively gain boosted and poorly mixed to the point that, on my headphones (PLT BB PRO 2’s are all I’ve tested so far), the song is unpleasant to listen to at best. Anyone else going through this too? I’m a little upset at how they’re doing my boy dirty.’ I hadn’t tried with headphones, so I did listen to both versions with headphones and the new one just sounded louder at every level, mix and vocals, and it probably sounded a bit less subtle than the original I would say? But what do I know about remastering? The people at Popular Mechanics, who know much more than I do, wrote: ‘Some labels use the term “remastered” to resell music indistinguishable from previous recordings. Worse, to work with cheap earbuds, many engineers simply copy an album and make it louder, obscuring nuances.’

I don’t know if KRS is one of these labels, but honestly, the first version sounded lovely to me, so why this new one? Is this even an improvement? ‘Elliott and Tony knew what they were doing – no need to polish an album that is meant to be gritty,’ wrote another fan on social media.

The term cash-grab comes back in a lot of comments, the high prices of the bundles certainly do not help, and I am sorry to say this reissue has all the marks of yes, a cash-grab. Elliott Smith has plenty of unreleased material, so why remastering something that has been out there for a long time and not offering new material to the fans? I am a huge Elliott Smith fan and I am still not the target public for this new release. I don’t want to pay for the same material, and I prefer to listen to the songs the way Elliott intended them to be. As for the photos, they are nice but way too expensive.

The good side is that Elliott Smith will get more exposure, more people may discover his work via new releases like this one, at a moment when everybody wants a piece of him. More and more, his name is dropped in album reviews and as KRS states ‘The impact of Elliott Smith’s music holds no bounds,’ while his music ‘has been championed, covered, and sampled by artists from Billie Eilish to Pearl Jam to Frank Ocean’ and ‘his distinct, solemn sound reverberates in the work of The National, Phoebe Bridgers, and Bon Iver.’ He is effectively championed by many these days, and his work is deeply influential although his character is often misunderstood. I wish more people would pay attention to what he said in interviews for example.

Ex-girlfriend/photographer JJ Gonson has a big part in this new release. She and her photos of Elliott Smith are getting some great exposure because of two recent articles in Interview Magazine and The Guardian. If Gonson declares in this Guardian piece ‘There was this cult of personality around him – the dark, tortured figure – but in this picture that tip of the hat, that little smile, and that sideways glance: that’s the actual person, not a marketing image,’ the rest of the article is misleading as she mentions Elliott’s drugs addiction and isolation and then his death as if drugs were responsible for his death, ‘When your friend kills himself…’ In the ’90s, JJ Gonson captured great moments with these photos, she probably deeply cared about Elliott. But she was not around when he died as she says, she hadn’t had any contact with him for several years, and still, she assumes he killed himself, based on what?

Elliott Smith has become a cash grab, this happens to a lot of artists after their death, so there’s no surprise there. However, Elliott Smith’s story has another side, because there is probably some profit to cultivate the myth of the tortured artist who killed himself. It’s romantic, marketable, and easier to sell than the real sordid story.