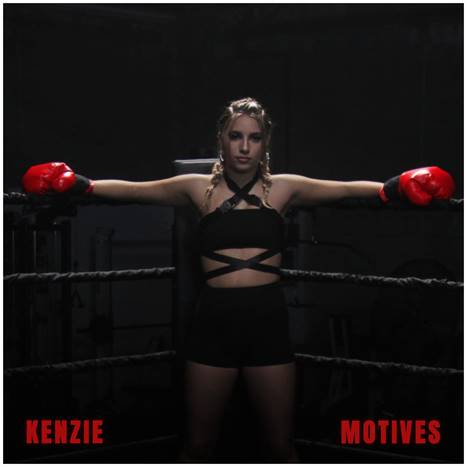 SINGLE AVAILABLE TODAY THROUGH ALL STEAMING AND DIGITAL PLATFORMS; GET THE TRACK HERE

Singer, songwriter and recording artist kenzie released her highly anticipated new single “MOTIVES” today, which is available via all digital retailers and streaming services. The track’s release coincides with the release of the single’s accompanying music video (directed by Lillie Rosemary Wojcik), also out today via YouTube.

“MOTIVES” is an energetic pop track about female empowerment and strength, which are further exemplified in the music video’s direction by Wojcik and choreography by Rumer Noel. The video is produced by LYRE, an all-female production team consisting of Alina Smith and Elli Moore. The single, which kenzie co-wrote with Smith, Moore and Fransisca Hall, is kenzie’s second release with Arista Records since signing with the label in July 2019. The sophomore track follows the release of her single “HOT.”
In November 2018 kenzie released her album Phases, which featured the singles “Nothing on Us” and “Wonderful,” written by Grammy-nominated songwriters Sia and Jesse Shatkin. Prior to Phases, kenzie recorded “Day & Night” with Johnny Orlando. In 2017 she released the single “Monsters (aka Haters)” and followed this success with her singles “Teamwork,” “Breathe” and “What If.”

At just 15 years old, kenzie has become one of the most influential rising stars of Generation Z. She has made a splash in the entertainment industry garnering a massive social media presence of over 30 million followers across several platforms, and her music videos have collectively received over 200 million views.

For more about kenzie, visit: