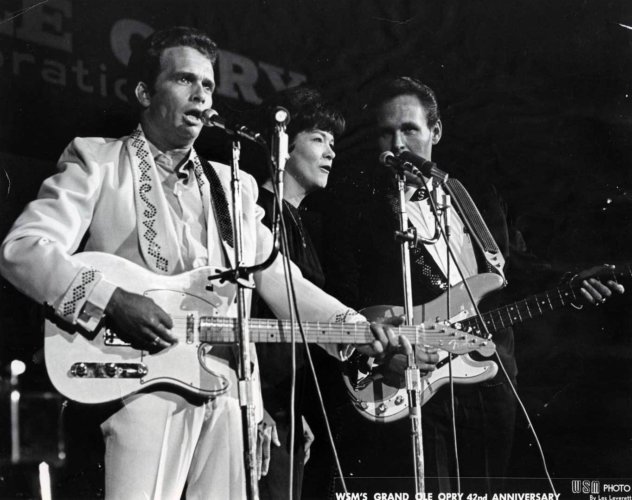 There is so much to love and so much to be frustrated by in Episode 5 of Ken Burns’ ongoing saga on the history of country music. This documentary can’t decide whether it is about the actual history of country music or a long soap opera about Johnny Cash’s personal life. We have gone through 1968 in this series and yet there has been no substantive discussion about George Jones, Jerry Lee Lewis, or Glen Campbell. We are treated to yet another segment on Minnie Pearl in Episode 5, instead of featuring, say, “Wichita Lineman” or Tammy Wynette’s “Stand by Your Man.”

While the previous episodes have covered approximately a decade, 1964 to 1968 was a particularly rich era in country music, so adjusting the timeline makes sense. Dwight Yoakam is particularly effective in discussing his Bakersfield heroes, Buck Owens and Merle Haggard. Yoakam notes that Owens had a hard edge in his personality that came through in the sound of his music and his approach to life, but never in his lyrics. Owens, we learn, was also pragmatic enough to play his studio work through an A.M. radio to determine if his songs were properly mixed. The segment on Merle Haggard ends with Yoakam reciting the lyrics to “Holding Things Together.” The song illustrates the plight of a single father who must create lies for his children so they still believe that their mother cares about them. Yoakam is reduced to tears when reflecting on the song.

Female artists get their day in court in this episode. I loved hearing Loretta Lynn getting recognition as a songwriter by Elvis Costello and Jack White and her homespun, unpretentious feminism is perfectly captured. Connie Smith and Jeannie Sealy get their proper recognition as substantive artists of their era, while Bobby Gentry is noted for her national mystery sensation “Ode to Billy Joe” and Jeannie C. Riley, via songwriter Tom T. Hall, made irreverent sass a country and crossover pop phenomenon with “Harper Valley, PTA.” Dolly Parton is properly revered for her talents as a singer and a songwriter, who refused to play the role of the token pretty lady for the Nashville establishment.

The segment on Charley Pride is excellent, reflecting both Pride’s ambition/determination and his use of charm to become a black superstar in a white washed culture. Particularly striking was Pride taking the initiative to win over Faron Young, a notably thorny personality (at best), who became one of Pride’s biggest cheerleaders and defenders.

There is also an excellent piece on Roger Miller, where we learn not only of his obvious immense talents, but that his energy and charm may have radiate through television screens so well because of all the amphetamines he took.

The potential for this series to achieve actual greatness is so close and so obvious. And, every time you think that Charlie Brown is going to kick the winning field goal, Lucy pulls the football away and has a good laugh.