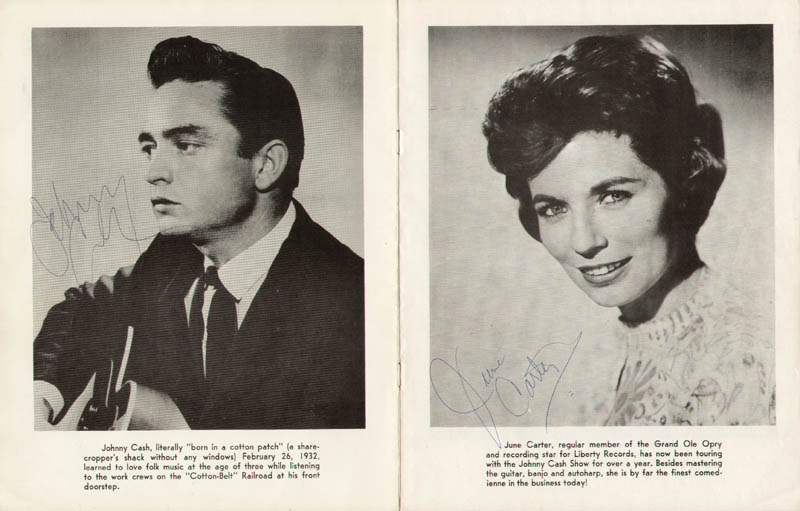 Johnny Cash dominates Episode #4 of Ken Burn’s “Country Music” documentary, including a lengthy biography recapping his childhood, the Sun Years, marital drama, and his crossover pop hit “Ring of Fire.” The much too short career/life of Patsy Cline is another primary subject, with the episode ending in her plane crash death.

Wild Memphis rockin’ kicks off the party as Elvis Presley merges the sounds of R&B (Arthur Crudup’s “That’s All Right) and country/bluegrass (Bill Monroe’s “Blue Moon of Kentucky”) to create his own unique Americana hybrid. The best quote of the series at this point goes to Sun Records founder Sam Phillips who notes, “I knocked the shit out of the color line” in popular music. Most of the Sun Records mainstays are mentioned except for Jerry Lee Lewis, who had #1 country singles in 1957 with “Whole Lotta Shakin’ Going On” and “Great Balls of Fire,” before becoming a mainstay on the country charts in the late 1960s/early 1970s. The rockabilly era threw country music for a loop – diminishing record sales and the number of country radio stations. Bradley Owens and Chet Atkins responded by developing the softer edged “Nashville Sound.”

Rosanne Cash mentioned that her father informally played with 1920’s jug band leader Gus Cannon in Memphis, marking the first time that the influence of jug band music on country has been addressed. The lack of breadth in previous installments is not a problem as Wanda Jackson, the Everly Brothers, Mel Tills, Roger Miller, Patsy Cline, Brenda Lee, Ray Charles, Willie Nelson, and Loretta Lynn, among others, receive air time. Ray Price receives the most notable slight – the “Ray Price shuffle” is referred to as the “Texas shuffle” in the film and how influential that beat was for the successive decades in country music isn’t mentioned. His role as a mentor to band members he hired to include Roger Miller, Willie Nelson, Johnny Paycheck, and Johnny Bush also goes unnoticed.

TThe episode is very long on biography and short on analysis (when the only subjective observation re Cash is that Elvis Costello refers to him as a “punk rocker,” the sauce is weak). “Folsom Prison Blues” is treated like a pure Cash original, despite the melody being nicked from Gordon Jenkin’s “Crescent City Blues” and Ken Burns and company are way too polite to mention that Johnny Cash, not June Carter, may have written “Ring of Fire” and the ring may have been a reference to June’s…um…hot spot.

The concept of the documentary even trying to be self-contained within the given timeframes is also ignored once again. It’s clear that the producers view the project as being meant to be viewed in its entirety versus the separate episodes standing alone. Both George Jones and Buck Owens, two of the most important artists in country music history found fame between 1953 and 1963, but neither are mentioned in this episode. On the plus side, Lefty Frizzell was breezed by in the previous episode, but gets a nice spotlight moment as Marty Stuart and Rosanne Cash swoon over the beautiful darkness that is “The Long Black Veil.”

One of my favorite passages was about a 27 year old Loretta Lynn, mother of four kids and self-taught guitarist, hitting the road with her husband Doo to promote “I’m a Honky Tonk Girl,” a song released by an independent label based out of Vancouver, British Columbia. Changing into her only dress at every country radio station and living on bologna sandwiches, her talent and determination resulted in a #14 national hit. Merle Haggard, “I love that record. She had authenticity in it. She was hungry. She wanted out of that life she was in and kind of sung her way out of prison.”