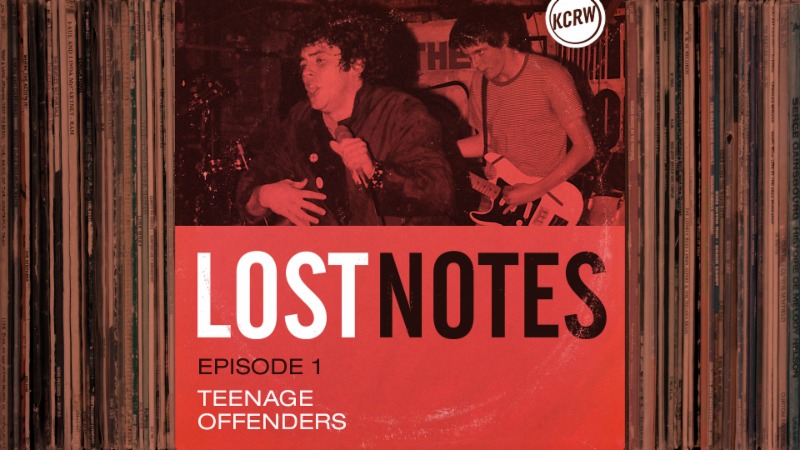 “People make mistakes on their way to learning the right thing.”
Clif “Hanger” Croce – The Freeze

The first episode of the 2nd season of KCRW’s acclaimed music documentary podcast Lost Notes, “Teenage Offenders,” is now available. Hosted by celebrated music journalist and author Jessica Hopper, “Teenage Offenders” tells the story of two members of the early American punk band The Freeze, now forty years later, reflecting on their lyrics and their legacy in the #MeToo era.

Rob Rosenthal and his buddy Clif Croce were in high school when they founded The Freeze, a Boston punk band, in 1978. One of the definitive compilations of music from Boston’s 80s hardcore punk scene was named after a Freeze song: “This is Boston, Not L.A.” The band opened for the likes of Black Flag, Fear, the U.K. Subs, and toured across the U.S. and Europe. The Freeze remains Cape Cod’s longest running punk band. Like most punk bands from this era, they sang about what they were against: religion, jocks, and conformity. But they were bratty, too, and aimed to offend. Now, forty years later, Rob and Clif examine their own feelings on what they wrote decades ago.

Lost Notes is available for free on Apple Podcasts, KCRW’s website and all other major podcast platforms.