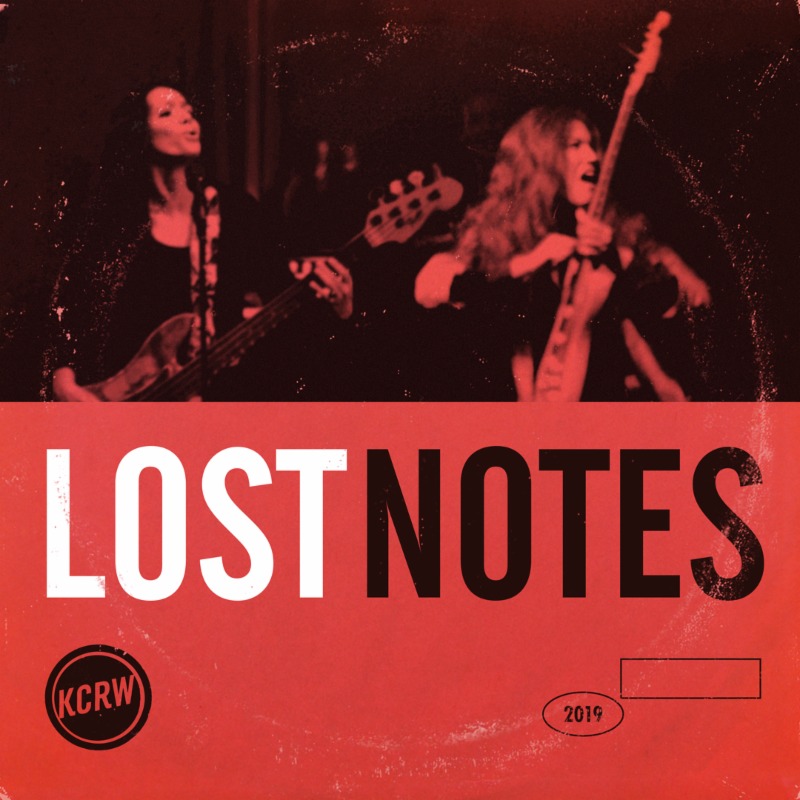 “Each episode of Lost Notes is an in-depth view of a story you had no idea was so essential until you start listening.” – Complex

KCRW is pleased to announce details of the second season of the acclaimed podcast Lost Notes – a series of music documentaries – launching on April 25, 2019. For season two, Lost Notes welcomes celebrated music journalist and author Jessica Hopper as host and executive producer.

Lost Notes examines untold stories from music history, and, this season, explores the idea of legacy. What can a song inspire in its listeners or its creators, years or even decades later? What happens when a previous generation’s art is held to a younger generation’s moral standard? Who is obscured by the shadow of an artist’s greatness?

“With this season of Lost Notes our aim was to deepen some of the conversations around legacy,” says Hopper. “We asked for story ideas from folks who had previously contributed to Lost Notes, as well as writers who I had worked with before, with no particular prompt for what sorts of stories we wanted. Many of them came back to us with stories that were retrospective, and worked to reconcile music’s present and its past. This season approaches questions of artistic legacy with openness and real curiosity, and offers up stories that are new and nuanced. These episodes get into whose work, and whose story is considered worth remembering and why. Every episode gives context around the cultural forces that shaped, and in some cases, complicated an artist’s career. I’m someone who is fundamentally interested in the stories of artists who have been relegated to the footnotes, so working on this season of Lost Notes has been hugely satisfying.”

Fanny were the first all-female rock band signed to a major label; they ruled the Sunset Strip in the 1970s, and they were supposed to be the next big thing. They’ll explain what it felt like to be so ahead of their time, then, and how they feel about being recognized for it now.

John Fahey’s guitar playing influenced the sound of the American underground for generations. But how does that legacy change when his story is told by three of the women who knew him best?

A profile of Suzanne Ciani, who balanced her pathbreaking commercial work scoring Coke ads in the seventies with her work as a pioneering avant-garde synth composer.

The Freeze were an early American punk band. Now, forty years later, two members attempt to reckon with the lyrics they wrote as teenagers.

In the decades since his death, jazz pianist Billy Tipton has been celebrated as a trans pioneer. Allyson McCabe looks at Tipton’s mysterious life with artists he’s influenced, to find the ways his story resists any simple telling.

Jessica Hopper looks at how gun violence has changed the concert going experience, but why so few people in music are willing to talk about it.

The first episode of Lost Notes will be released April 25, 2019. Additional episodes drop every Thursday. The podcast is available for free on Apple Podcasts, KCRW’s website and all other major podcast platforms.

A sneak peek of what’s to come on Lost Notes, season two, can be heard here.

Episodes from Lost Notes’ first season were listed among the best podcast episodes of 2018 by Audible Feast, The Bello Collective, and Indiewire, praising its “outside looks at some of the best music-related tales of decades past.”

Jessica Hopper is a Chicago-based journalist and producer. She is the author of The First Collection of Criticism By A Living Female Rock Critic (2015), The Girls Guide to Rocking (2009), and most recently, the memoir Night Moves (2018). She was formerly Editorial Director at MTV News, Senior Editor at Pitchfork, Music Editor at Rookie, and was the longtime music consultant for This American Life. Her work has appeared in The New York Times Magazine, Elle, GQ, Village Voice, and Rolling Stone, as well as Best Music Writing for 2004, 2005, 2007, 2010, and 2011. She is editor for University of Texas Press’ American Music Series. She is currently at work on No God But Herself, a book about women in music in 1975 (FSG x MCD, Spring 2021). (http://jessicahopper.org)

Hanif Abdurraqib is an award-winning poet, cultural critic and author based in Columbus, Ohio.  His latest book Go Ahead In The Rain (University of Texas Press, 2019) debuted as a NY Times Best Seller. (http://www.abdurraqib.com/bio/)

Allyson McCabe is the creator of Minimum Rock n’ Roll, and regularly reports on the intersections of music, gender, and technology for Morning Edition and All Things Considered. (https://www.allysonmccabe.com/)

Michelle Macklem is an independent producer and sound designer based in Canada and Australia. Her work can regularly be heard on CBC, BBC, ABC RN, Radiotopia, and Re:Sound. (http://michellemacklem.com/about/)

Rob Rosenthal is an independent producer, lead instructor of the Transom Story Workshop, and host of the HowSound podcast about radio storytelling for PRX and Transom. (https://twitter.com/howsoundtweets)

Robin Linn is a radio producer, editor, and writer for PRX’s How to Be Amazing with Michael Ian Black, Illinois Public Media’s The 21st Show, and an alum of WBEZ’s Sound Opinions. (https://twitter.com/robnlnn)

Carla Green is a print and radio reporter for KCRW and The Guardian, among other outlets, and the managing producer of KCRW’s documentary podcast UnFictional. (http://carlaflournoy.green/)

Dylan Tupper Rupert is a journalist who covers music, culture, and wine. A longtime columnist for Rookie, she is currently based in Los Angeles. (http://www.dylantupperrupert.com/)

Arshia Fatima Haq is a filmmaker and visual and sound artist originally from India, currently based in Los Angeles, and a returning contributor to Lost Notes. (https://arshiahaq.com/)

Nick White (creator and executive producer) is an award-winning radio producer and editor based in Los Angeles. His work has been heard on various outlets around the world including NPR, the BBC World Service, Marketplace, WBEZ and WNYC.

Myke Dodge Weiskopf (producer) is a radio producer, field recordist, and songwriter who records under the name Science Park.

Paulina Velasco (associate producer)is a multilingual journalist based in Los Angeles. Her work focuses on immigrant communities and appears in public radio and print.

Marion Hodges is a KCRW DJ and digital contributor.