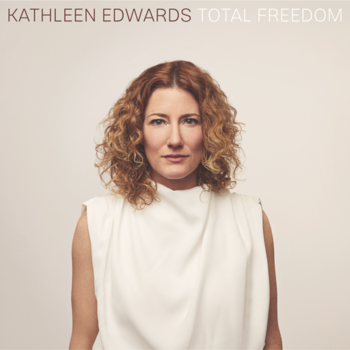 Album cover art
Acclaimed singer, songwriter and musician Kathleen Edwards will release her highly anticipated new album, Total Freedom, August 14 on Dualtone (an Entertainment One Company). In advance of the release, the album’s first single, “Options Open,” is debuting today. Listen/share HERE.
Alongside the album announcement, Rolling Stone is featuring Edwards in an exclusive, in-depth profile chronicling her long-awaited return to music, praising, “Total Freedom is the result of profound self-reflection from Edwards, who’s reached a place where her past trials, false starts, and wrong turns have begun to feel less like a burden and more like a blessing.” Read the full article here.
Co-produced by Edwards, longtime collaborator and guitarist Jim Bryson and Grammy Award-winning producer and musician Ian Fitchuk, Total Freedom marks a major return for Edwards, who took an extended step away from music in 2014. After spending the last six years running her successful small business (a coffee shop, bar and café aptly named Quitters, in her hometown of Stittsville, Ottawa), Edwards is back with a refreshed creative outlook and a new sense of freedom. Across the album’s eleven songs, Edwards revisits past relationships with a new perspective, explores her own resilience and optimism and for the first time pursues what she feels is right rather than what is expected.
“I had no desire to write, no desire to play,” she says of what she refers to as her “working sabbatical.” “It allowed me all the time and space I needed to even just enjoy listening to music again. There were so many times where, if I was thinking about my own writing or playing, my heart just wasn’t in it.” She continues, “I don’t want to write songs that are going to keep me in a dark place for two years. I didn’t have to carry a lot of the pressure of whatever course I was on previously…There’s a pressure sometimes to keep that ball rolling, and that’s what was so freeing about stopping altogether and starting again. I realized I’m entirely in control and deciding what my course of action is.” 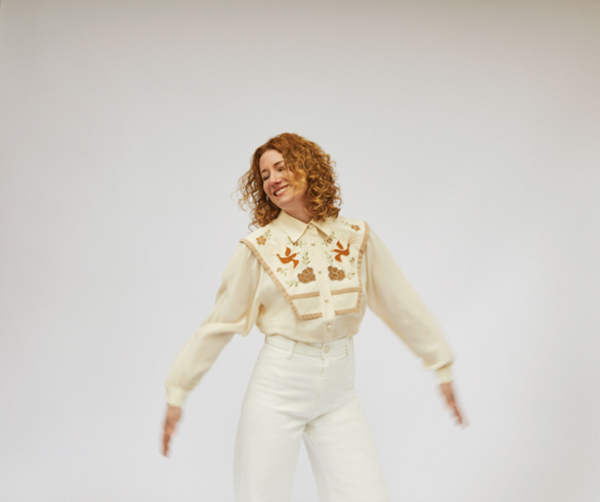 Photo credit: Remi Theriault
Total Freedom is Edwards’ fifth-studio album since her 2003 debut and her first since 2012’s Voyageur. The album reached #39 on the United States’ Billboard 200 chart, #2 in Canada and received widespread critical acclaim—NPR Music praised, “Her songs feel as personal and lived-in as ever…Edwards has never seemed more confident in her own considerable gifts,” while Pitchfork declared, “Each song emphasizes change and risk, and Edwards never resorts to tired sentiments or platitudes about healing and hope” and Rolling Stone proclaimed, “an exquisite, widescreen beauty.” Now based in Ottawa, Ontario, Edwards is a five-time Juno Award nominee and winner of the SOCAN Songwriting Prize for Voyageur track, “A Soft Place to Land.” She has also had her music featured in several hit television shows including Grey’s Anatomy, One Tree Hill, Hart of Dixie, House and more.
TOTAL FREEDOM TRACK LIST
1. Glenfern
2. Hard On Everyone
3. Birds On A Feeder
4. Simple Math
5. Options Open
6. Feelings Fade
7. Fools Ride
8. Ashes to Ashes
9. Who Rescued Who
10. Take It With You
The record is now available for pre-order, which includes limited-edition vinyl, CD and unique merch bundles including virtual meet-and-greets and Quitters coffee. Full information here.