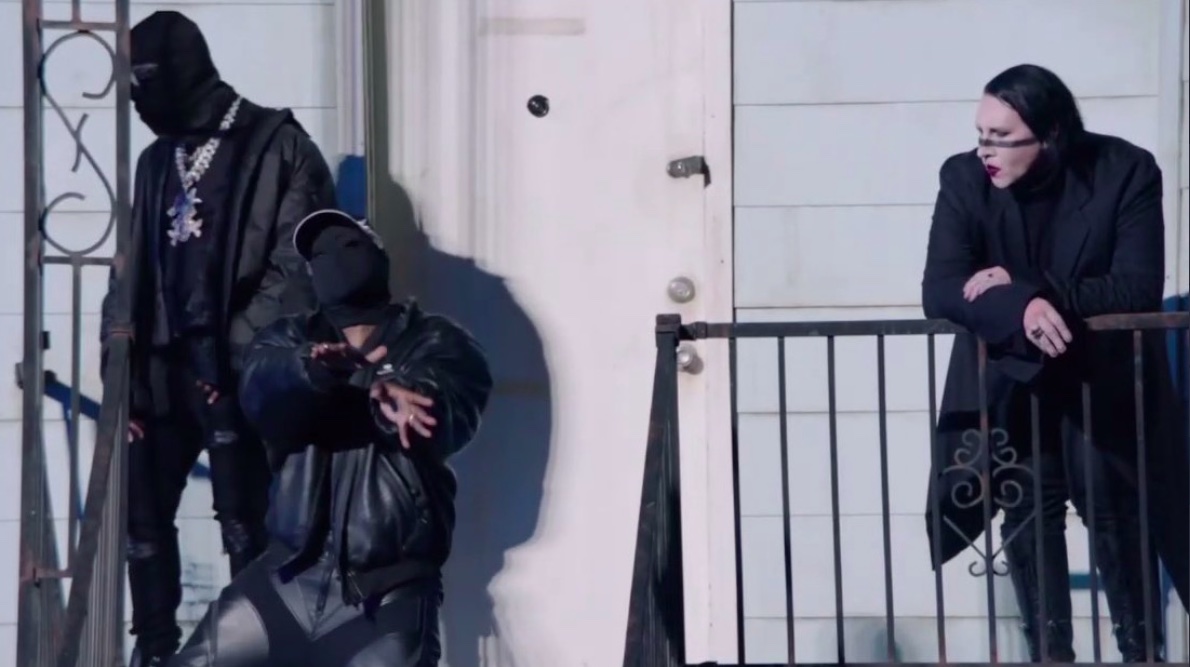 Whether you love or hate Kanye West, you must admit that he always does whatever he wants without thinking about the public’s opinion, as long as this serves his marketing strategy.

On Thursday, Kanye had another listening party for his new album, ‘DONDA’ at Chicago’s Soldier Field, and besides recreating his childhood home, he invited two unexpected guests: DaBaby and Marilyn Manson.

Apparently, DaBaby replaced Jay Z on the song ‘Jail,’ and because of the rapper’s recent ‘cancelation’ due to his comments (judged homophobic) during Miami’s Rolling Loud festival, many fans got upset to see him standing next to Kanye, on the porch of the replicated house. DaBaby has recently been dropped from several music festivals such as Lollapalooza and the Governor’s Ball, but Kanye doesn’t care.

As for Marilyn Manson, did he have any reason to be there other than enjoying the grandiosity of the spectacle and the stage pyrotechnics? I honestly had never put West and Manson together, but Kanye West put himself on fire for a big finale and this must have had some strong appeal for Manson. As everyone knows, the rocker is facing multiple lawsuits and has been accused of abuse and sexual assault, by several women.

The fact that Kanye welcomed these two controversial characters on stage certainly looks like the equivalent of giving a giant middle finger to cancel culture, and a great way to increase the hype around ‘DONDA.’ Could it be some kind of ‘genius’ marketing strategy?

There was also a woman – Kim Kardashian? People are saying it was her – wearing a white veil and looking like a bride or the Virgin Mary – was he getting re-married to his ex? Who knows?

A large-scale event – no proof of COVID vaccination was required by the way and this added another layer of controversy – a reignited old feud with Drake, a change of name – Kanye just goes by ‘Ye’ now – and two controversial artists on stage with him… What else could he add to promote an album that is still not released after a third, yes a third, listening party? With Kanye West, it’s all about marketing strategies.