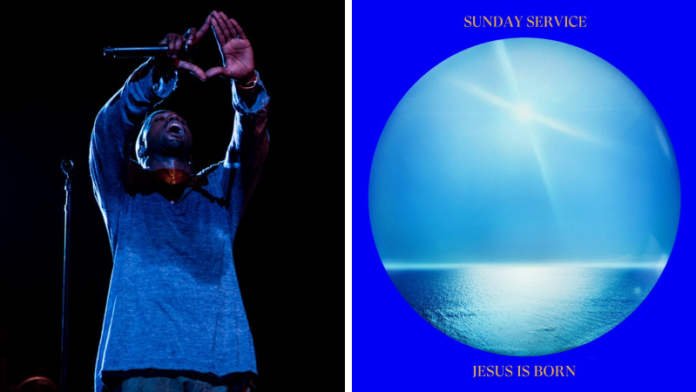 Yesterday (12-25-19), Kanye West’s Executive Produced Jesus Is Born by the Sunday Service Choir dropped, and is among his greatest creations, which, not unlike his opera (my review here), interlopes re-imagined Kanye songs from The Life Of Pablo with hymns and spirituals arranged for voices for a beautiful 84 minutes of music. It is instantly one of the top albums of the year. And by West’s INSANE standards is still only his fifth best.

But I heard it for the first time earlier today and while I consider reviewing it in depth, I figure we could look at rock nyc’s Artist Of The Decade’s  albums, in order of preference, including a sentence or so and a grade while I decide:

My Beautiful Dark Twisted Fantasy (2010) – The second best album of the 2010s, if only for “Power” and “Runaway” but also, everything on it points to a future he would arrive at with The Life Of Pablo, a devastating look at fame and sex in high society – A+

Late Registration (2005) College Dropout (2004) – This is the one with “Hey Mama” AND “Golddigger,” plus takes off from Bristol’s trip hop scene while sounding nothing like it – A

Jesus Is Born (with Sunday Service) (2019) –  West  executive produced the spiritual, Gospel, and a handful of re-imagined Pablo songs  with his Sunday Service Choir front and center – A

The Life of Pablo (2016) – Kanye recently dubbed it a Gospel album with swearing and the world complained it wasn’t completed though the hearing partry sure sounded finished (here), it went on and on and invented complete indifference to who wrote what raps, what music came from where, and how to arrange into a genre changing masterpiece – A

Graduation (2007) – The giveaway, the alt-vibe, is obvious when Chris Martin adds his voice on  Ye’s  poppiest achievement (give or take) – A

Jesus Is King (2019) – In which Ye uses this Gospel for protection and details how he lives with it, Christlike – A

Cruel Summer (as GOOD Music) (2012) – He first released the tracks every Friday, all summer long – A

Ye (2018) – Considered a disappointment at the time, this is  West on mental health -his super power before Christianity – A

Kids See Ghosts (with Kid Cudi as Kids See Ghosts) (2018) – Kid Cudi, who haunted 808s, meets with Ye, and insanity is preying before the praying – A-