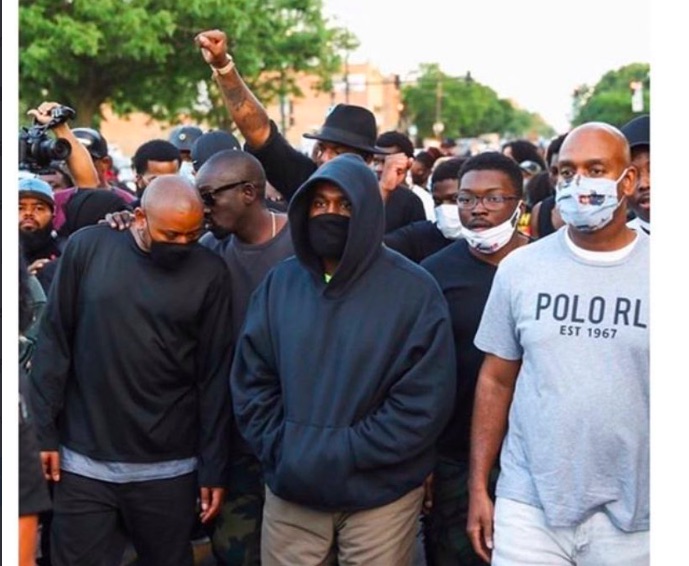 The tension is high right now and the country is divided… After Krist Novoselic’s admittance that he was not against Trump’s ‘law and order’ measures, it’s the turn of another band’s member to disappoint his fans. System of a Down’s drummer John Dolmayan posted a photo of Donald Trump praising his record regarding the black community on his Instagram account with the following caption:

‘Let’s not let the narrative that’s being spun make us forget the truth of this statement. The most attacked president in history yet the greatest friend to minorities! Don’t believe it? Look at the stats. Don’t like it, doesn’t change the truth of it.’

If there are of course exceptions among the +7,000 comments that followed, let’s just say it was a huge let down for many fans, but shouldn’t they have seen this coming, after his heavy criticism of Bernie Sanders and his denial of the coronavirus seriousness on his Instagram account? Of course, his endorsement doesn’t mean the entire band is pro-Trump, just by looking at frontman Serj Tankian’s tweeter feed, you can immediately see he is in complete disagreement with his bandmate since he has shown his support for the protests several times.

But I knew we would get other surprises… meanwhile, Kanye West, who has never hidden his support for the MAGA hat, has been really silent on social media. Today, he is in the news for donating $2 million to support the families of George Floyd, Ahmaud Arbery, and Breonna Taylor. An absolute great gesture, but since he was also declared the highest-paid musician with a $170 million 2020 earning, it is the equivalent of an average guy giving around $800. Don’t get me wrong, it’s still fantastic he made this donation, but it’s good to put things in perspective.

Despite the fact that his support for the red hat is extremely disturbing for many people, Kanye West was spotted among the crowd of protesters in Chicago…. which seems to be the best move he has done for a long time. But how can he possibly reconcile his friendship with Trump and his presence at the protests? Well, he is Kanye, not afraid of contradictions. Plus you can spot comments (like the one posted below) pretending his MAGA phase was just an act to get what he wanted from the tyrant… Really? Could Kanye be that sort of romantic hero? Not afraid of trashing his reputation to save people’s lives?

I don’t buy it, his mind could be strange enough to be able to tolerate sincere support for the protests and unconditional love for the MAGA culture at the same time. I am waiting for a public declaration by Kanye to possibly clarify things or make them even more complicated. 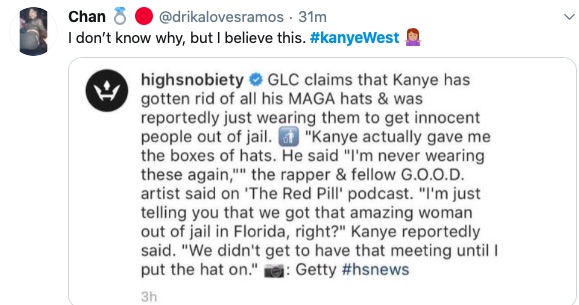 Let’s not let the narrative that’s being spun make us forget the truth of this statement. The most attacked president in history yet the greatest friend to minorities! Don’t believe it ? Look at the stats . Don’t like it , doesn’t change the truth of it.