Debut Solo Album Spencer Sings the Hits!, Out November 9 via In The Red Records

Watch the Video for “I Got The Hits” Here

Ahead of the release of his debut solo album and forthcoming EU headline dates and tour with The Melvins, Jon Spencer returns with a video for new single ‘I Got The Hits’ that delves into the darkest corners of America. The film finds Spencer immobilized and horizontal, helpless to move as life and sinister creatures pass him by, all set to a high-energy rock n’ roll beat. “I Got The Hits” is featured on Spencer Sings The Hits!, out November 9 via In The Red Records. Read about the song via Clash and watch and share the video for “I Got The Hits” here.

“Over the past year I kept seeing wonderful and strange music videos that had one thing in common: all were directed by an Alex Italics,” explains Spencer. “I determined to track down this young auteur with the aim of getting a similar cinematic sensation for my new album Spencer Sings The Hits!. Alex turned out to be a mild-mannered young man from Tucson Arizona living in Southern California. I gave him a free hand to pick the song and devise a treatment. The result is the scary slice-of-life that you can now see for yourself.”

“I love the creepy contrast with the song’s punk abandon,” continues Jon. “We filmed at a rented house in Santa Ana. At the end of each day, after the nearby nightly Disneyland fireworks had faded and the cast and crew had left, I would sleep in a bunk bed in the child’s bedroom. Turns out doing an entire video laying on the floor is harder than it looks!”

The result is a foreboding, bleak two-and-half-minutes of terrifying visuals. Or, as director Alex Italic states “nothin’ says ‘rock and roll’ like suburban angst, existential dread, and shadowy figures!”

Spencer Sings The Hits! is Garage Punk for Now People! A wizard’s brew of rhythm & blues and subversive dance grooves, weaponized with sci-fi skronk and industrial attitude, calibrated for the Revolution, a ball-peen hammer of sound guaranteed to destroy any post-modern hangover!

Pulsing with energy, clanging with excitement, and dripping with radioactive soul and raw emotion, Jon Spencer opens up his heart like never before, exploring man’s modern condition with caustic guitars and outerworld crooning, asking and answering the musical question, “Is it possible to torch the cut-throat world of fake news and pre-fab, plastic-coated teen ennui with the cold hard facts of rock’n’roll?”

THE ANSWER IS YES! SPENCER SINGS THE HITS!

JON SPENCER, THE BLUES EXPLOSION MAN who put the BELLBOTTOMS on BABY DRIVER! The Top Cat who spread the Secret Sauce in BOSS HOG! The Rockabilly Right-Hook from Heavyweight Outlaws HEAVY TRASH! The Swank-Fucking Master of PUSSY GALORE!

‘Spencer Sings The Hits!’ is released November 9th on In The Red Records and is available to pre-order from: 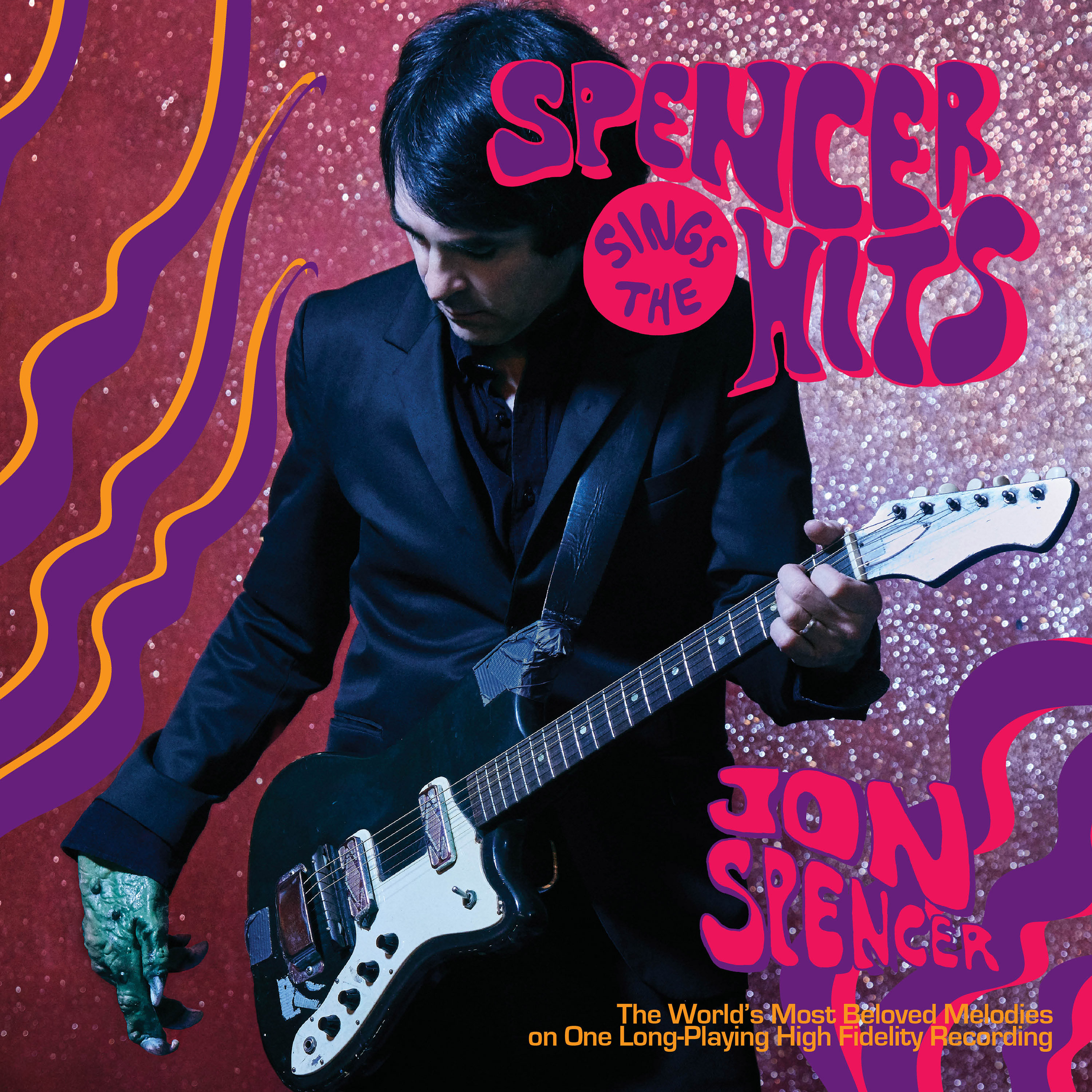