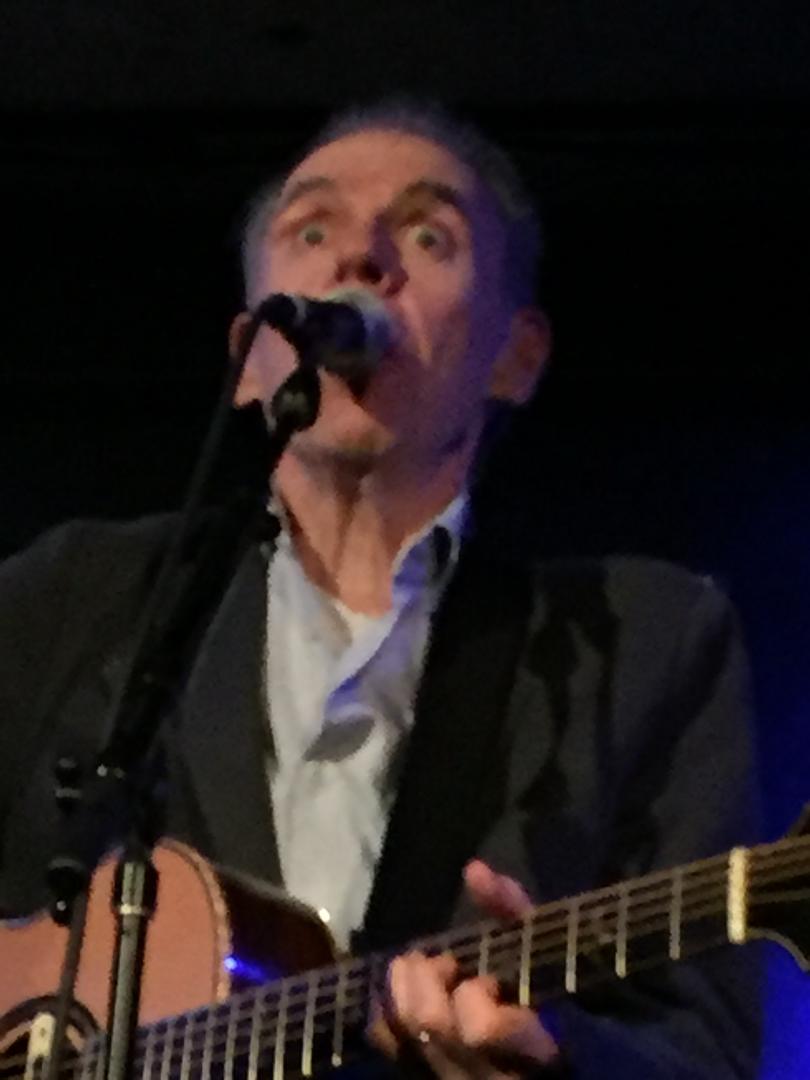 Have you ever had a favorite restaurant, a small neighborhood place, that has great food? It isn’t fancy, it’s got a regular following, and it’s usually pretty crowded. Sometimes it gets tough to get a table on a Saturday night. So the restaurant moves to a larger space. Now it’s easy to get in, but something is lost. The kitchen can’t quite handle the volume, the new wait staff isn’t as friendly, and finally you stop going.

I’m afraid that’s what’s going to happen with City Winery. For the last 10 years the Winery on Varick Street has been the best small venue to hear music in New York. The acoustics are great, the vibe is friendly, the food and wine are much better than you’d expect. And because you are sitting at postage-stamp sized tables, you often winding up making friends, as I did with the master of this domain, Mr Lababedi.   At the end of the summer this oasis of civilization is going to be moving to a larger location further uptown. I just hope nothing is lost in translation.

Over the past week i attended solo shows at the Winery by two of my favorite songwriters: John Hiatt and Graham Parker. Both were born in the early “50s (which makes them older than me- by a little). They come from very different backgrounds: Hiatt out of Indiana by way of Nashville, Parker from his early days as an angry young man in the British New Wave movement with his band The Rumour. However, they have wound up in a similar place musically, singing terse well-written songs with wit and skill, and with voices that have not suffered with age.

Hiatt was first. He has a warm stage presence, easily commanding the room. He played a good mix of older favorites with a few songs from his new album. Hiatt hasn’t put out a really great album in a long time, but there are always some gems. His guitar playing was better than I remember it being in the past. Practicing?

Parker, who can be prickly, was surprisingly talkative, telling lots of stories between the songs. His voice remains strong, but his guitar playing is weak. This wasn’t so important during the acoustic first have of the show, but when he switched to electric he came off amateurish. Many of the songs came from Squeezing Out Sparks, which is now 40 years old. Love the songs, love the voice, but I miss the band. I’ve seen him with both The Rumour and with just Brinsley Schwartz, and their contribution was missing. The audience didn’t seem to mind, though.

It’ll Come to You

Aces Up Your Sleeve

Lift Up Every Stone

Nothing In My Heart

Memphis in the Meantime

Have a Little Faith in Me

Stick to the Plan

Waiting for the UFOs

Love Gets You Twisted

Back to School Days

Hold Back the Night