Joe Biden’s Campaign Is Using Music In A Smart Way 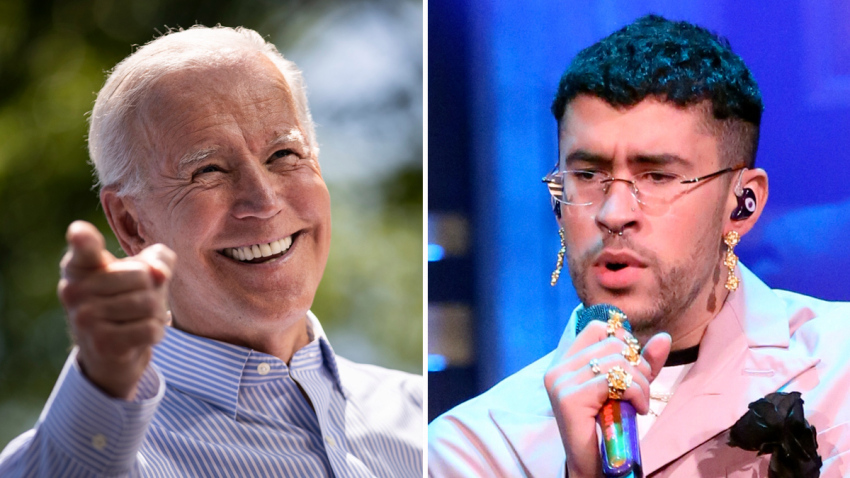 If every rock or pop star on the planet has requested his or her music to not be used by Donald Trump’s campaign, there is absolutely no equivalent on the Democratic side. Not only you will not find any star bothered by Biden’s campaign using a song but some big stars have actually lent their songs for his campaign.

Latin superstars Bad Bunny and Alejandro Fernández are lending their songs for two ads targeting Latino voters, especially in critical states such as Florida, Arizona, and Pennsylvania. The ad featuring Bad Bunny’s hit ‘Pero Ya No’ ‘juxtaposes clips of voters supporting Trump to images of empty stadiums, detained immigrants at the border, and shots of President Donald Trump tossing paper towel rolls in Puerto Rico after Hurricane Maria.’ Meanwhile, the ad featuring Fernández’s ‘Decepciones’ shows Trump insulting Mexican immigrants and calling them ‘rapists,’ and follows with plenty of images of border crossings and people in cages, while Trump repeats ‘we have to build the wall.’ It also touches on his failure to control the pandemic that has devastated the Latino community. Both are efficient and use the music of two big Latino stars.

If Biden has the Latino community all covered with these 2 superstars, back in May, the soundtrack of his campaign was Justin Timberlake’s 2002 heartbreak hit ‘Cry Me a River,’ a song which received a Grammy and went to No. 3 on the Billboard Hot 100. And why using this song, besides the fact it was very popular? It was to mock Trump who, at the time, was complaining being ‘treated worse’ than any other president when everyone, including the press, was criticizing his disastrous lack of leadership when the pandemic started to take over the country.

With Biden, we are not talking about classic rock, these songs are addressed to a specific audience and with Bad Bunny and Timberlake, mostly a young crowd. This was also the case with the artists who performed at the Democratic National Convention, if The Chicks, John Legend, Common, Leon Bridges, and Maggie Rogers were for a young to middle age crowd when Billie Eilish sang ‘my future,’ the campaign was definitively targeting the Gen Z.

But there is even better, a new ad called ‘Everybody Vote,’ produced by songwriter Kosine, a 30-second montage of Joe Biden and running mate Kamal Harriss campaigning across the country and meeting a lot of diverse people. The clip is hip hop inspired, and has a lot of drumbeats, just like the many protests that have swept the country these past months. It’s young, it’s dynamic, it’s hopeful and it looks like progress in comparison to the Nuremberg rally at the White House that Trump served to America a few weeks ago. Plus Kosine is a Grammy-nominated and multi-platinum producer who has worked with stars such as Rihanna, Kanye, Big Sean, Nicki Minaj, Nas, Justin Bieber just to name a few. You can’t be more in touch with the new generation.

As for the older generation, Bruce Springsteen’s new video for ‘The Rising’ made its debut at the Democratic National Convention, and with footage of people on the frontline of the Coronavirus pandemic, and Black Lives Matter protests among other current events, it had everything covered once again.

When Trump cannot get the authorization for one single song played during his campaign, Joe Biden’s campaign is using music in a smart way, it is turned to the future and fully approved.