Jesus Is King: Kanye West Brings His Gospel To The Los Angeles Forum 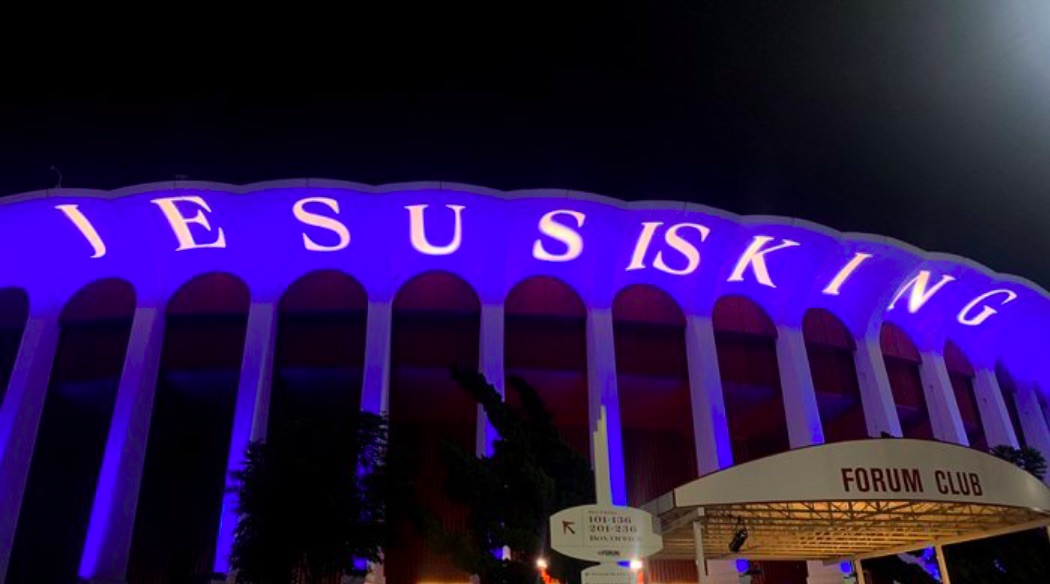 Since I miserably failed to get a ticket for Kanye West’s big celebration at the Forum last night – I honestly think you needed some kind of connection to be there – I relied on social media to learn what happened there. The place is immense, about 17,000 persons can fit there, so I still don’t understand how the place could sell out in a few seconds, but many of the free tickets were offered for hundreds of dollars on plenty of websites so scalpers and the second-hand market had a field day and probably made a fortune.

Apparently, they had installed a field inside the floor of the arena, which read as ‘Meg Webster installation’ on Kim Kardashian’s pics… there were not too many of these photos as I read on various websites that iPhones were not allowed and locked in special bags at the entrance… Still, a few videos surfaced, showing short footage of the IMAX movie directed by fashion photographer Nick Knight and filmed inside Roden Crater, located in the Painted Desert region of Northern Arizona, a large-scale artwork created within a volcanic cinder cone by light and space artist James Turrell. The movie is about Kanye West’ Sunday Service, with images of the cylinder corridor from Turrell’s artwork, as well as many images of nature and close-ups of gospel singers, but the majority of the 30-minute film featured West and his choir performing and praising.

Kanye seemed to be dressed in one of his navy sweatshirts reading ‘Jesus is King’ sold as merchandise inside the Forum, and some photos showed he joined people on the floor of the Forum after the screening of the movie. According to a report, ‘he blasted snippets of the album, pointing out that he was using a portable player that controlled the volume of certain track details like the vocals and baseline’.

Somewhere among the following clips, you will see Kanye dancing along the line, ‘Closed on Sunday, you my Chick-fil-A’ of the song ‘Closed on Sunday’… I have read it before, Kanye West is praising the infamous chicken restaurant which donated millions of dollars to groups and Christian organizations that oppose same-sex marriage and support ex-gay conversion therapy,… Where is the love Kanye if I may ask? I could be wrong but that’s the first time I see a rap show which is getting a review in Breitbart News, and that may not be a coincidence.

The blue caps sold for $45 at the event had a bit of déjà vu with a ‘Jesus is King’ almost looking like a ‘Make Jesus Great Again’. Several merch booths set up around the venue were also selling a blue Jesus Is King crewneck for $170, blue sweatpants for $150, and a T-shirt for $60… I thought Jesus had chased all the sellers and buyers from the temple? I guess Kanye welcome them back! 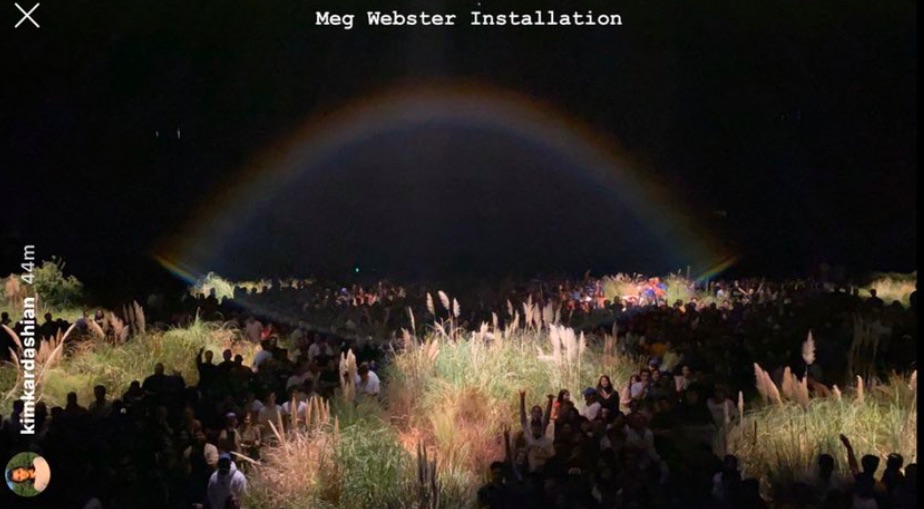 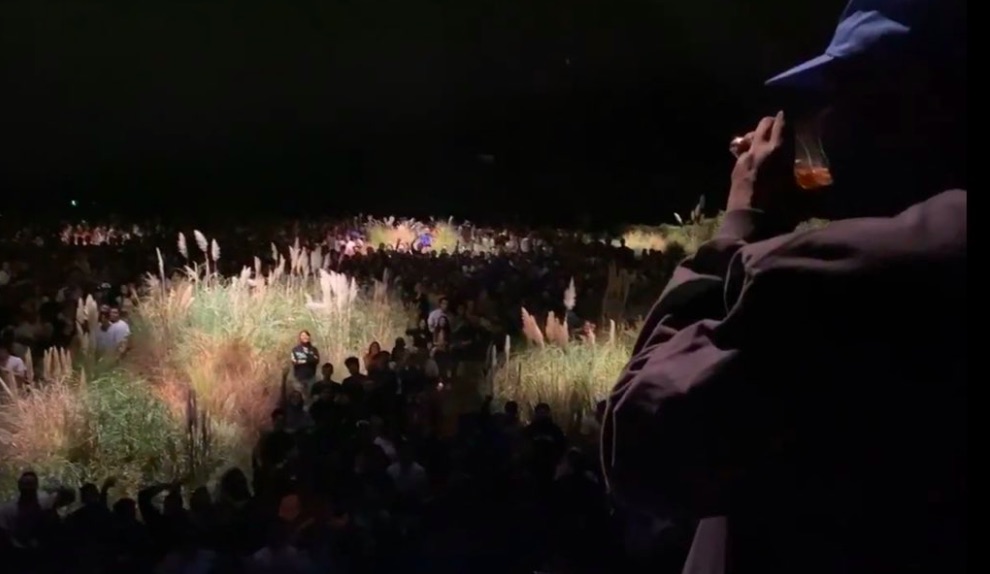 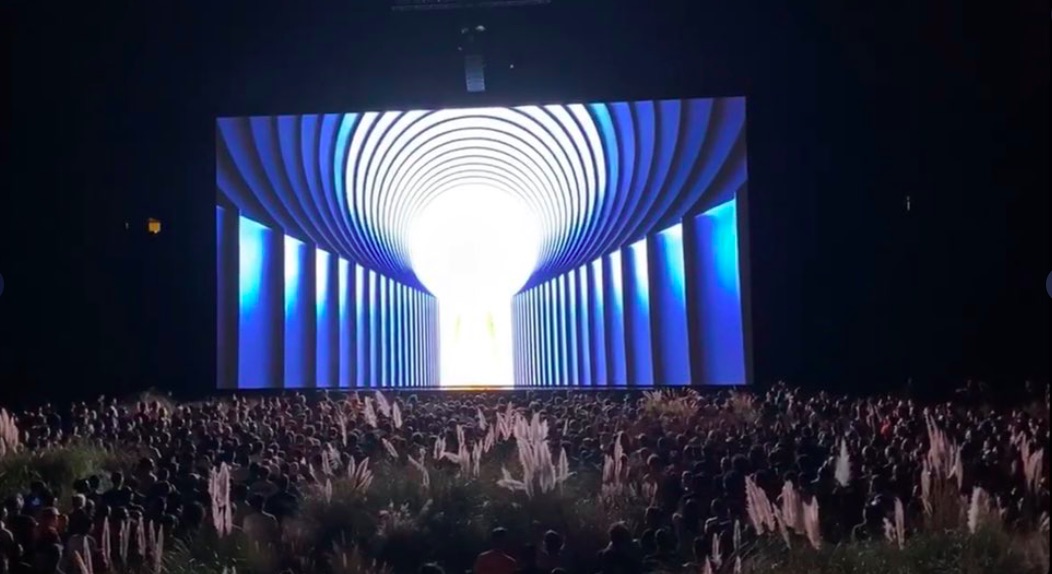 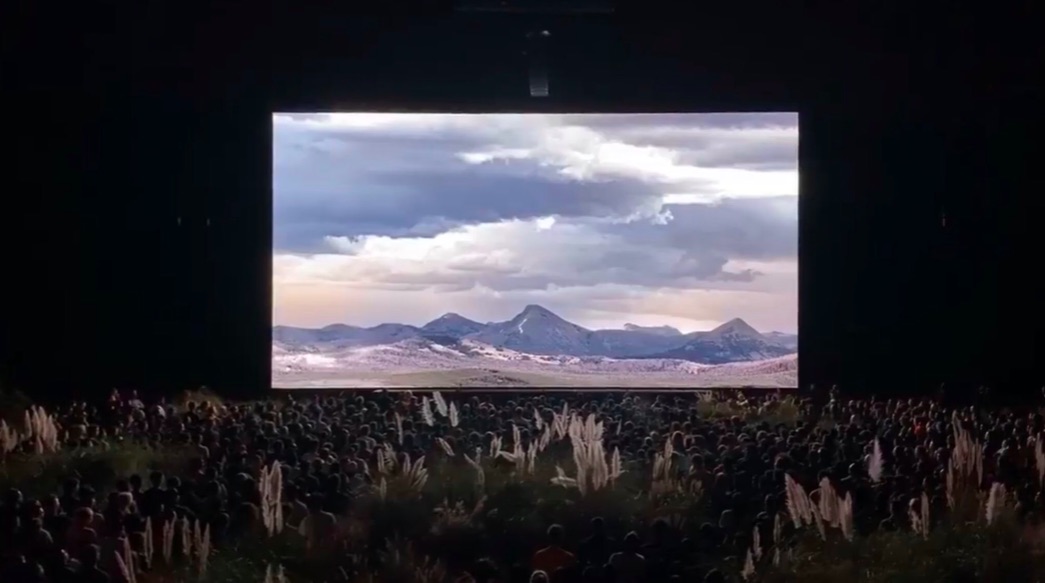 Jesus Is King, live at The Forum

More vids on my IG the_college_dropout_ Kanye back at the Forum where he ended his Tour #kanyewest @teamkanyedaily #theforum #jesusisking #losangeles #kanye #kimkardashian #la pic.twitter.com/Og9NHkPhtK

just leaving the kanye west album listening party and i’m 99% sure these are the same hats they use for MAGA hats but in blue pic.twitter.com/1VhueIWKdb