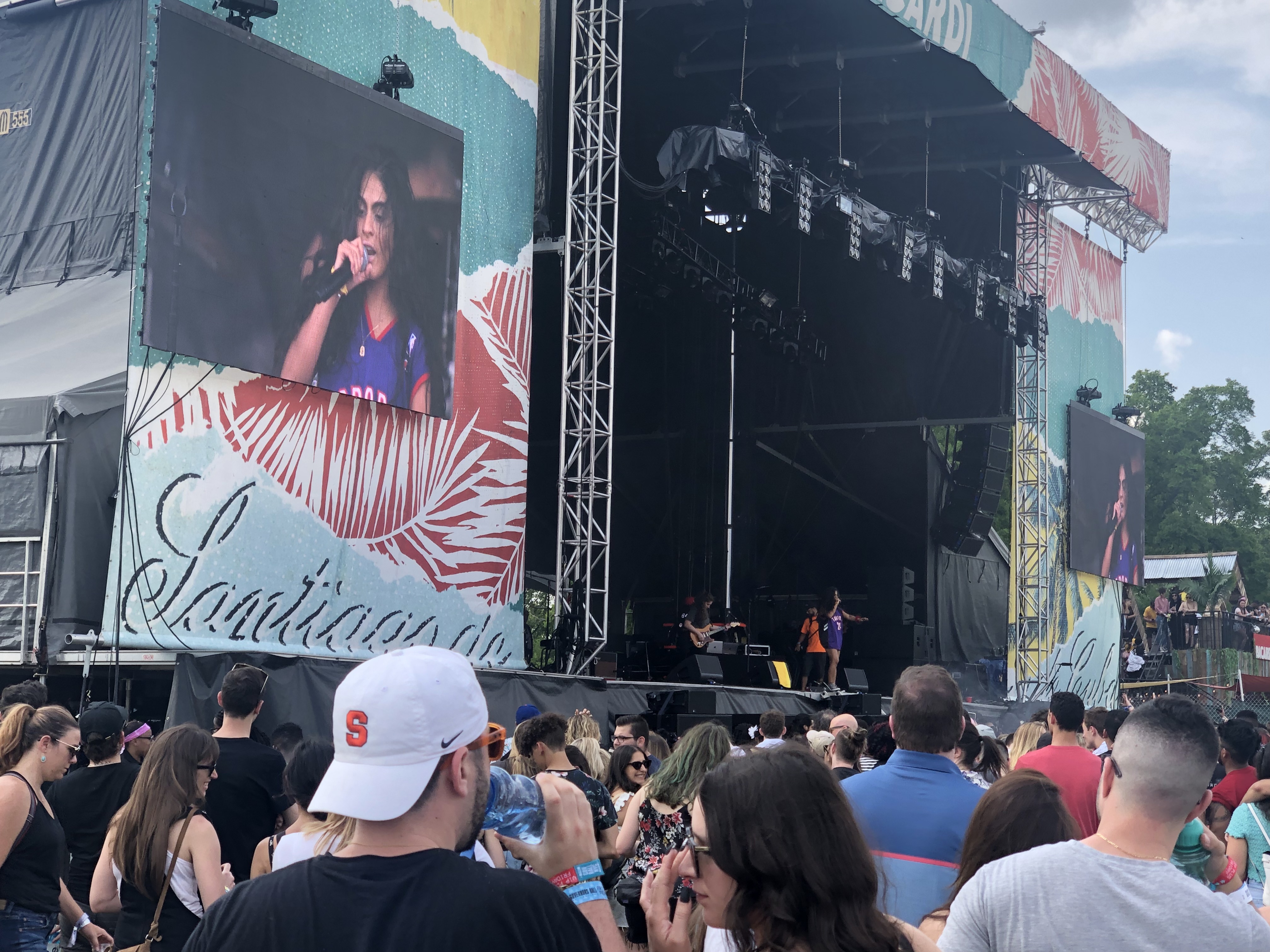 The first time I saw Jessie Reyez, the singer songwriter, R&B woman from Toronto was right here back in 2017. I arrived to Randall’s Island very early that year for just that reason, and after a snafu at security, the doors opened quarter of an hour late and Reyez set was cut to fifteen and she still killed it. No band, just a guy on an acoustic guitar and she killed it anyway. Later that day I met her and told her that next time she is here, she won’t be an opening act. She wasn’t.

Yesterday, on the Bacardi stage, Jessie was just as good, and with a full band, and a terrific attitude, she taught the millennials somethings they didn’t know:

2 – Bad things happen, that doesn’t mean you can’t stand up for yourself. “If I don’t have my own back, who will?”

The one hour set was a superb example of how to do everything right, the hits sparkled, the deeper EP songs sparkled, the 6lack duet (he wasn’t there) sparkled. She sang her ass off, she sang so strong that she even got away with the quiet ones. With no fear at all in her, she covered a song she actually wrote, the Calvin Harris-Dua Lipa masterpiece “One Kiss,” and then covered her own “Fuck Being Friends” -though as Jessie said, “I don’t fuck with bad vibes, I hear bad vibes I’m gone”. Though when bad vibes happen, she kills em. Listen to “Nice Guy” with Eminem, which audience supported on its “Suck my dick, you fuckin’ suck, man” hook

So all she wanted and gave was good, actually great vibes, but when they got bad, a producer said she could only get a contract if she sucked dick, Jessie might want her safe space without cowering if she doesn’t get it, she refused and killed him on “Gatekeeper”.  Tough songs for self help, pop genius “Imported,” though sad songs  with the seeds of recovery, the singalong to “Figures” that ended the set, was where she is best except “Suck my dick, you fuckin’ suck, man” is where she is best as you gets the line between talking and singing just right. Singing: That rasping undertow is such a draw, so bruised and beautiful, needy and fearless.