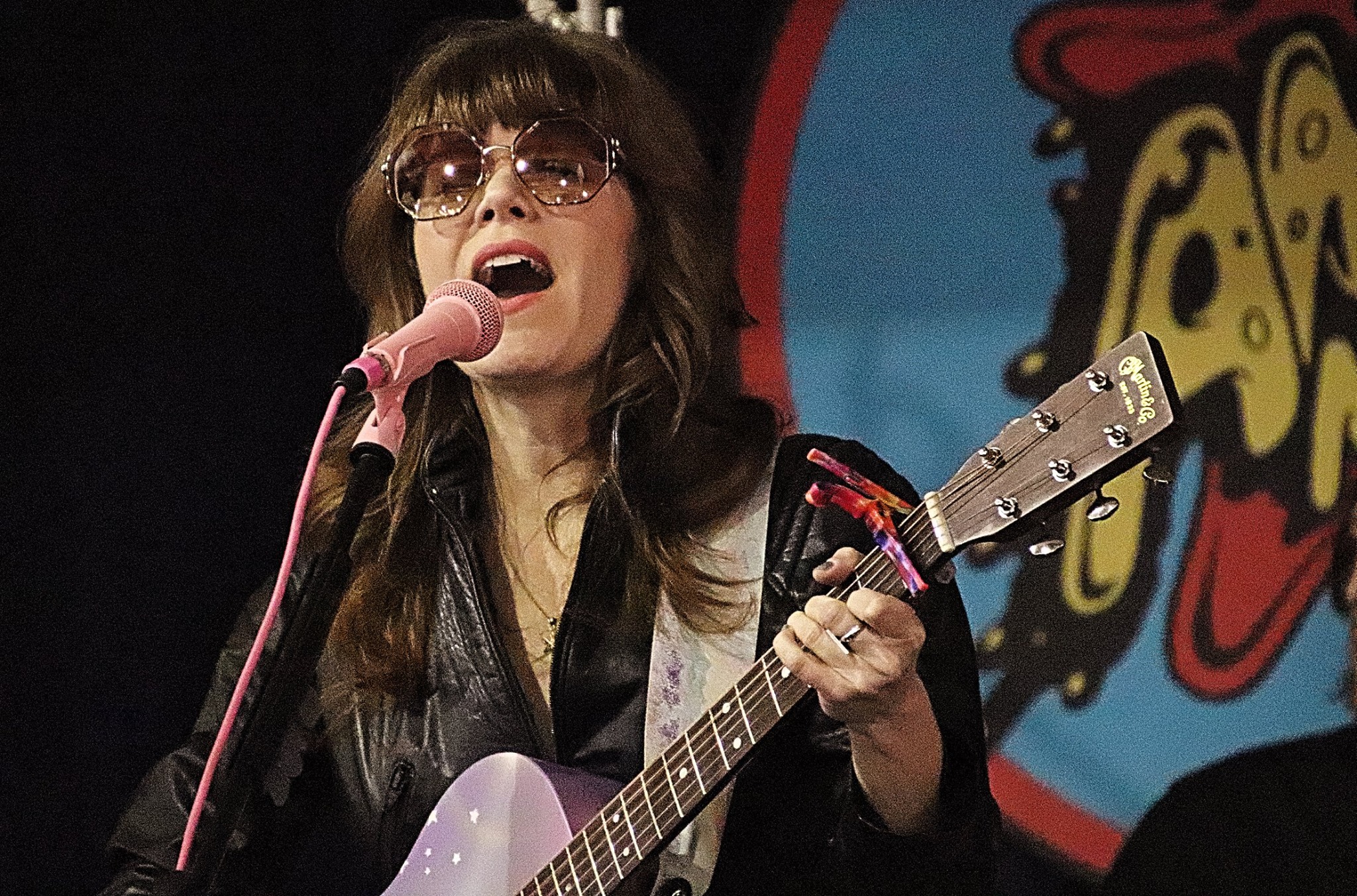 Jenny Lewis has a new album, and it’s a good one,… but what else could you expect from the ex Rilo Kiley girl, except lush orchestration, subtle arrangements, and bright vocals?  She was celebrating the release of ‘On The Line’ with a mini-concert at Amoeba, and once again, the store could not have contained all the fans that wanted to get in.

It’s simple, the line was very long because Jenny Lewis is a real star, she is a glamorous one who poses for the cover of her album, wearing movie star vintage gowns, but rocks a black leather jumpsuit with ‘80s large frame sunglasses on stage, as if we were watching the return of a queen.

This new album may be her more Rilo Kiley one, and this could explain why she covered twice her ex-band during her set, reworking the classic ‘Portions For Foxes’, which was re-baptized ‘Bad News’ on the setlist. She sat behind her keyboard, in the shadow of her pink mic, to perform the new songs, the sumptuous opening ballad which does it every time for me when Jenny sings with a lush abandon ‘Heads gonna roll, baby’… and this song is not my favorite because she managed to put Elliott Smith and Grenadine in the same line, no the tune is just an instant earworm classic as vintage as her outfit and shiny glasses. She continued to charm the adoring audience with the apparent lightness of ‘Wasted Youth’, the melancholic ‘Party Clown’ and their catchy choruses, then  took her rainbow guitar for a song of her previous album ‘The Voyager’, the one with the regretful tragic line, ‘I’m just another Lady without a baby’ which sounded like the logic answer to ‘I have wasted my youth on a poppy’.

‘I am going to bring you way back, pre-Instagram, can you imagine?’ she asked us before revisiting Rilo Kiley’s ‘Silver Lining’, another heartbreak story, which could reveal how much nostalgia Lewis has in store… I have barely listened to the new album but heartbreak and loss are common themes for Lewis and ‘On the Line’ is a rich multifaceted one, with most of the songs produced by the now infamous Ryan Adams, and three other ones produced by Beck – and even at the first listening, you can really tell which ones belong to whom.

Her great voice did shine during ‘Red Bull and Hennessy’ and its almost classic rock Fleetwood Mac vibe that her band rocked with a vibrant strength without Ringo Starr – the ex-Beatles is actually playing on the album among many other famous guests. ‘Portions For Foxes/Bad News’ was really a surprise that she introduced with: ‘I really mean this one’ as if bad news were indeed always something in the forecast of her Mercury retrograde mood…

Jenny Lewis always paints musically rich songs, as colorful as the rainbow on her guitar and as bright as the shining stars reflecting on her glasses. If the music seems to come from multi-horizons with vintage tones, the songs always sound very personal, even though the lyrics keep a certain mystery. And I like this, this latent and semi-cryptic darkness under the bright pop, delivered with a Hollywood rockstar glamour and a genuine charm…You should have seen how many men were attending the in-store! Jenny Lewis performed with the confidence of someone who knew she could deliver depth with impeccable style, and everyone was hoping she had continued to dig for that gold at the rainbow’s end a bit longer.

Heads Gonna Roll (On The Line)

Wasted Youth (On The Line)

Party Clown (On The Line)

Just One of the Guys (The Voyager)

Red Bull and Hennessy (On The Line)

She’s Not Me (The Voyager) 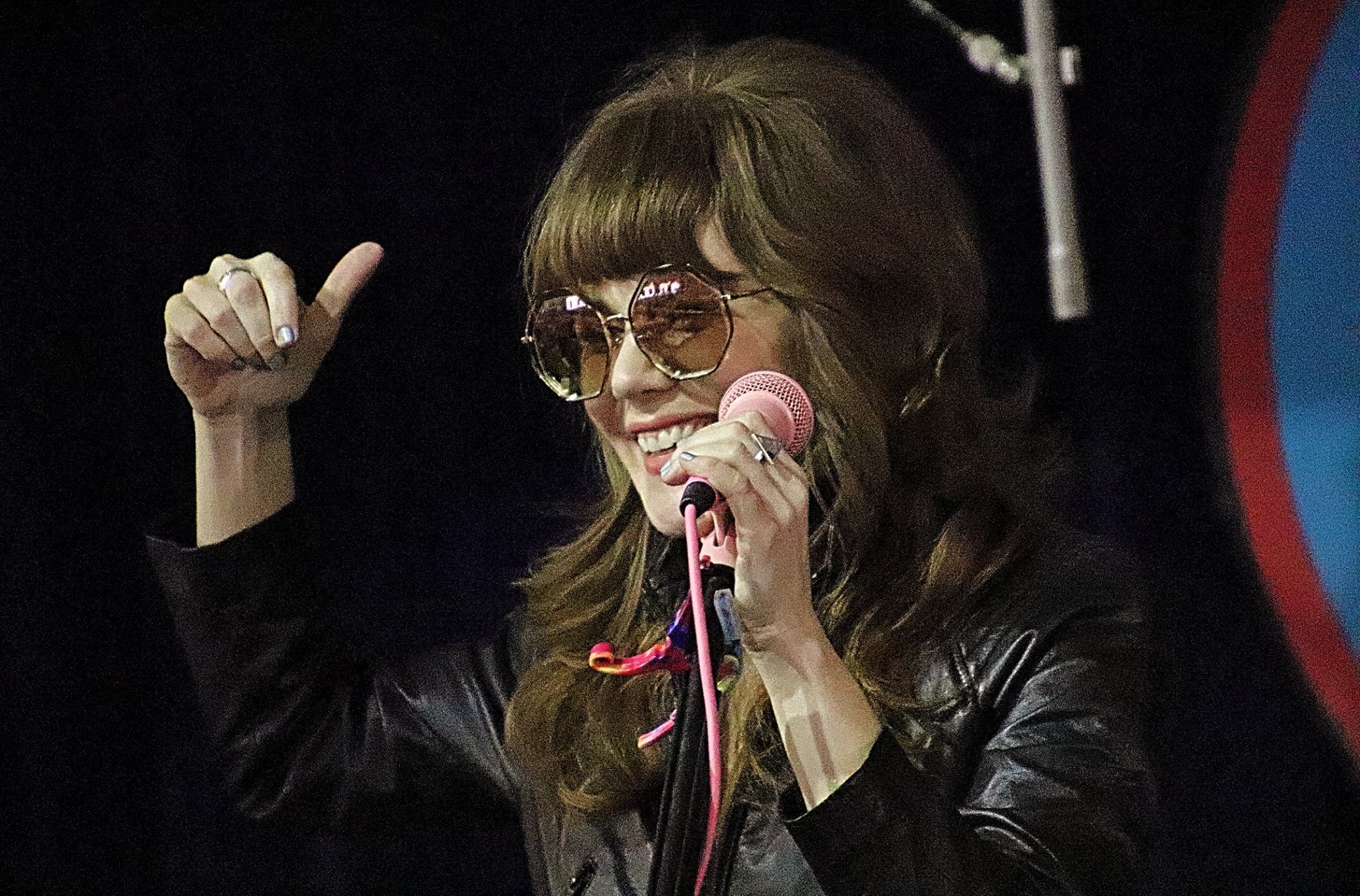 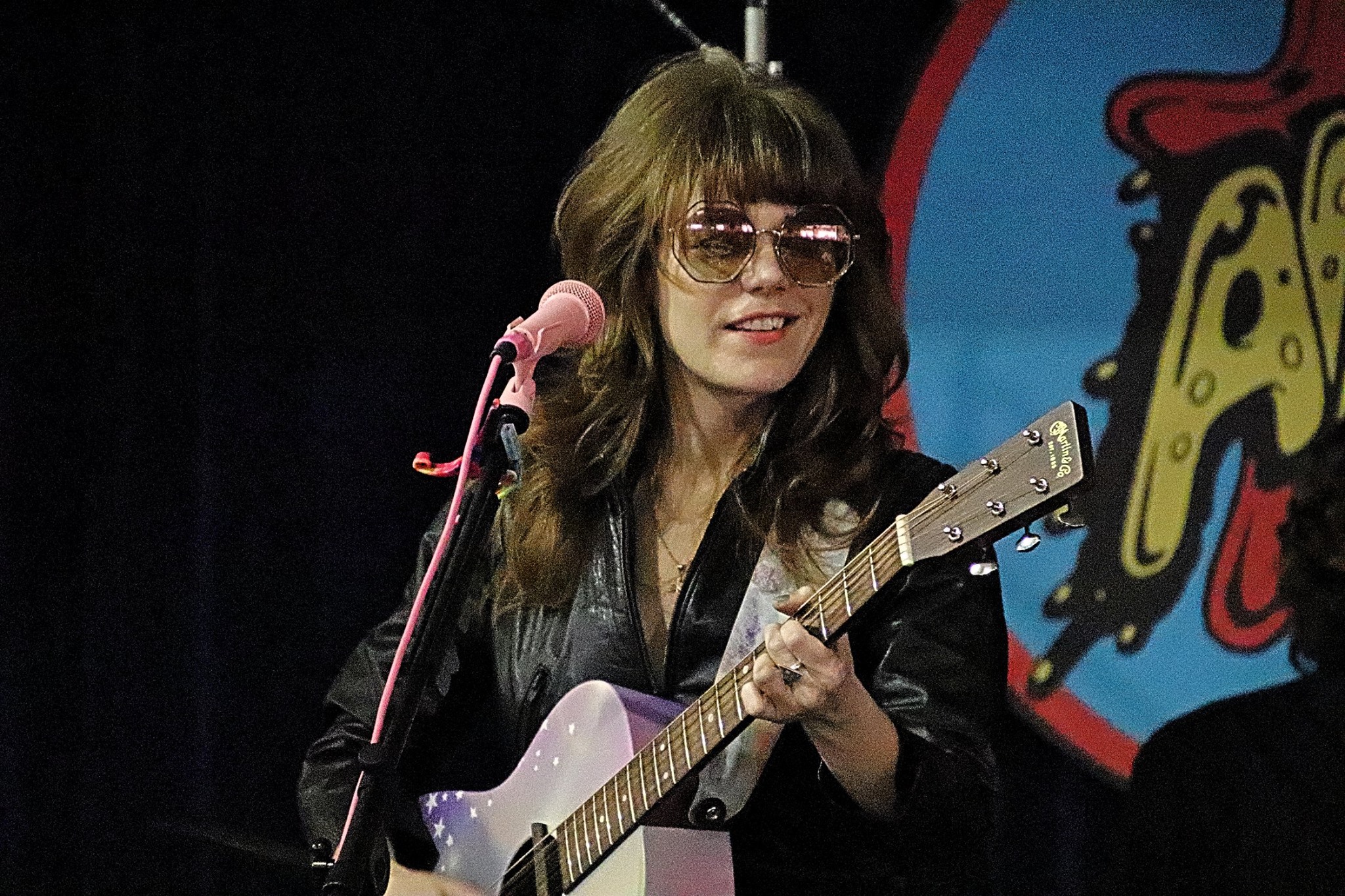 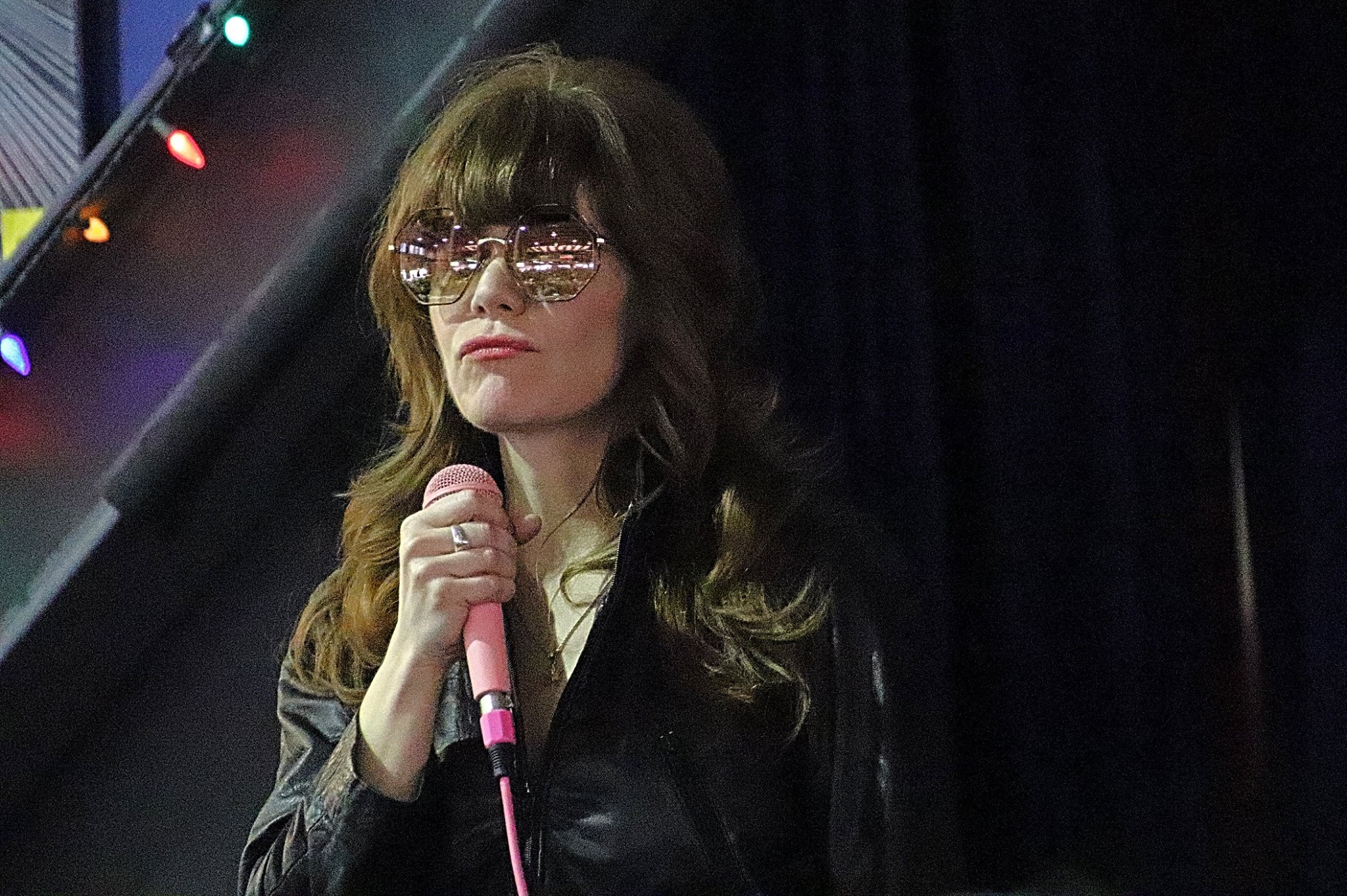 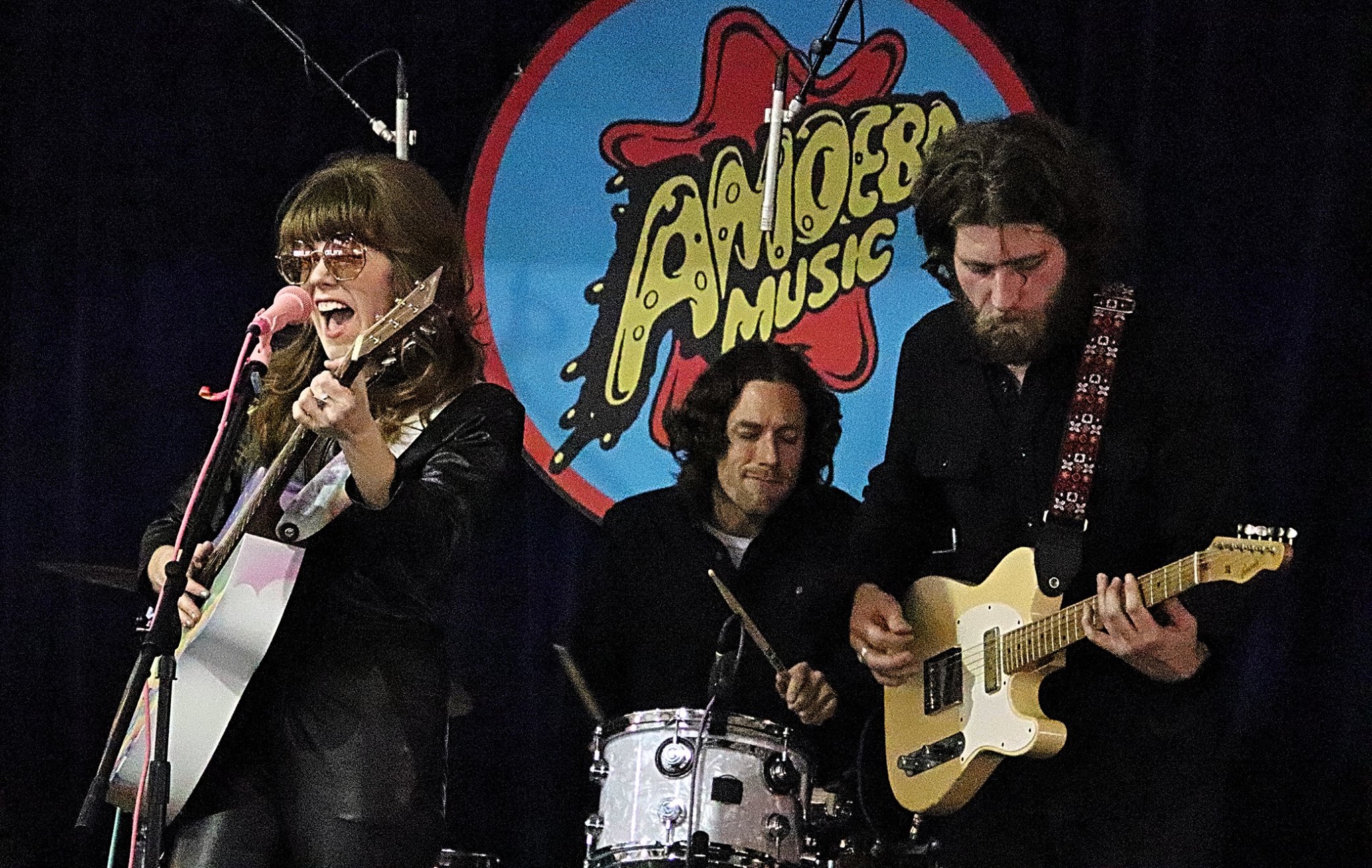 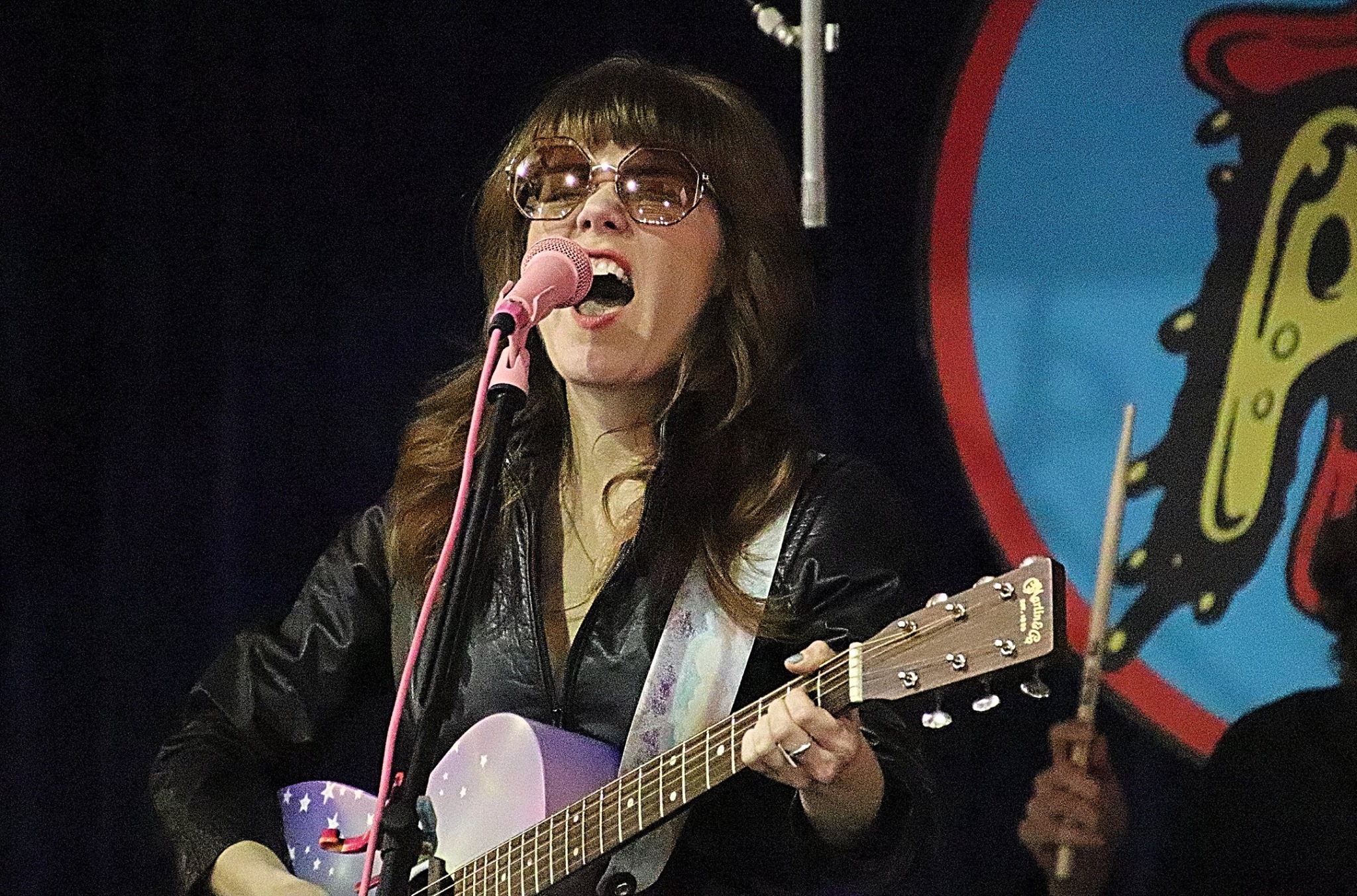 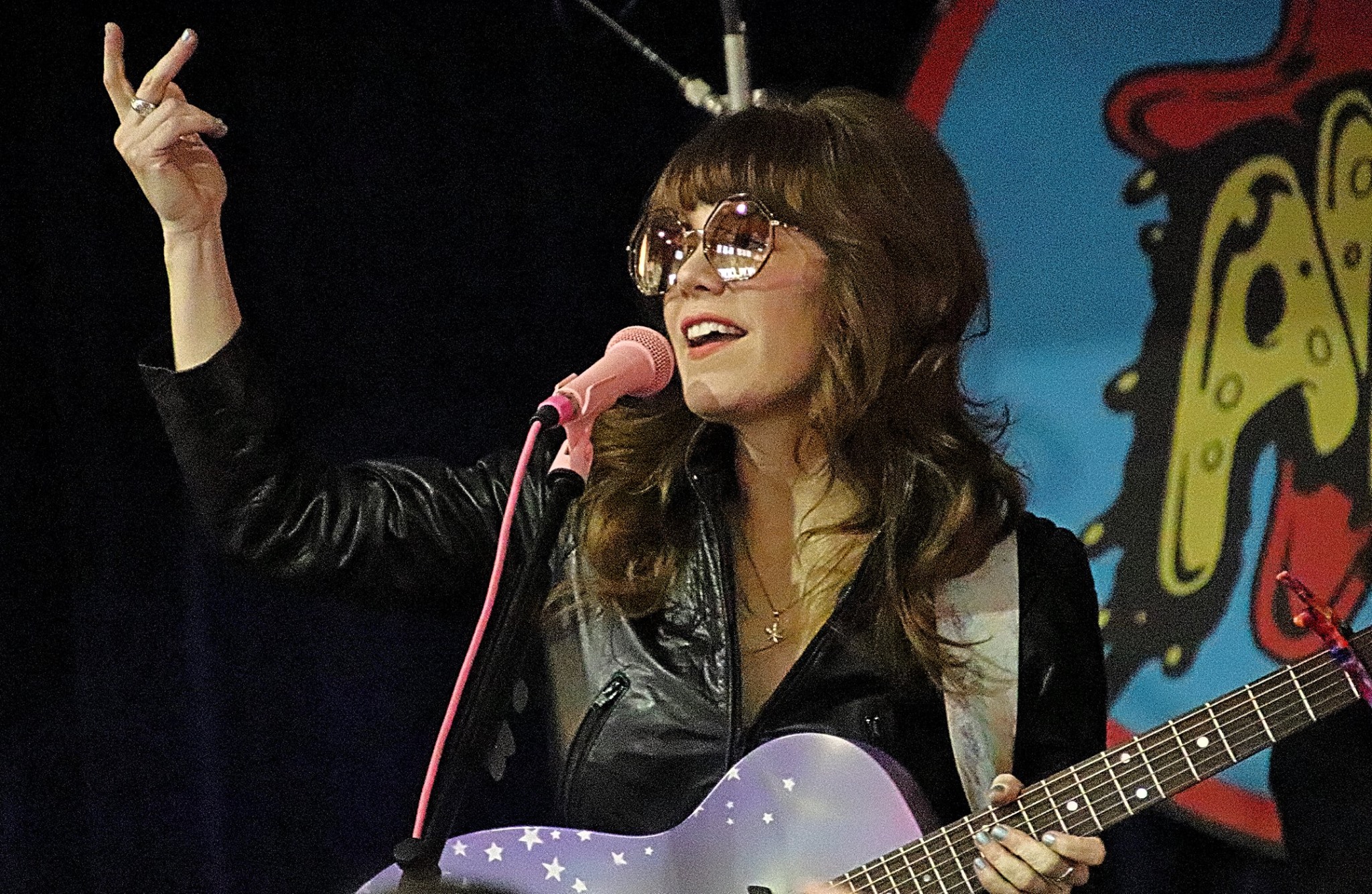 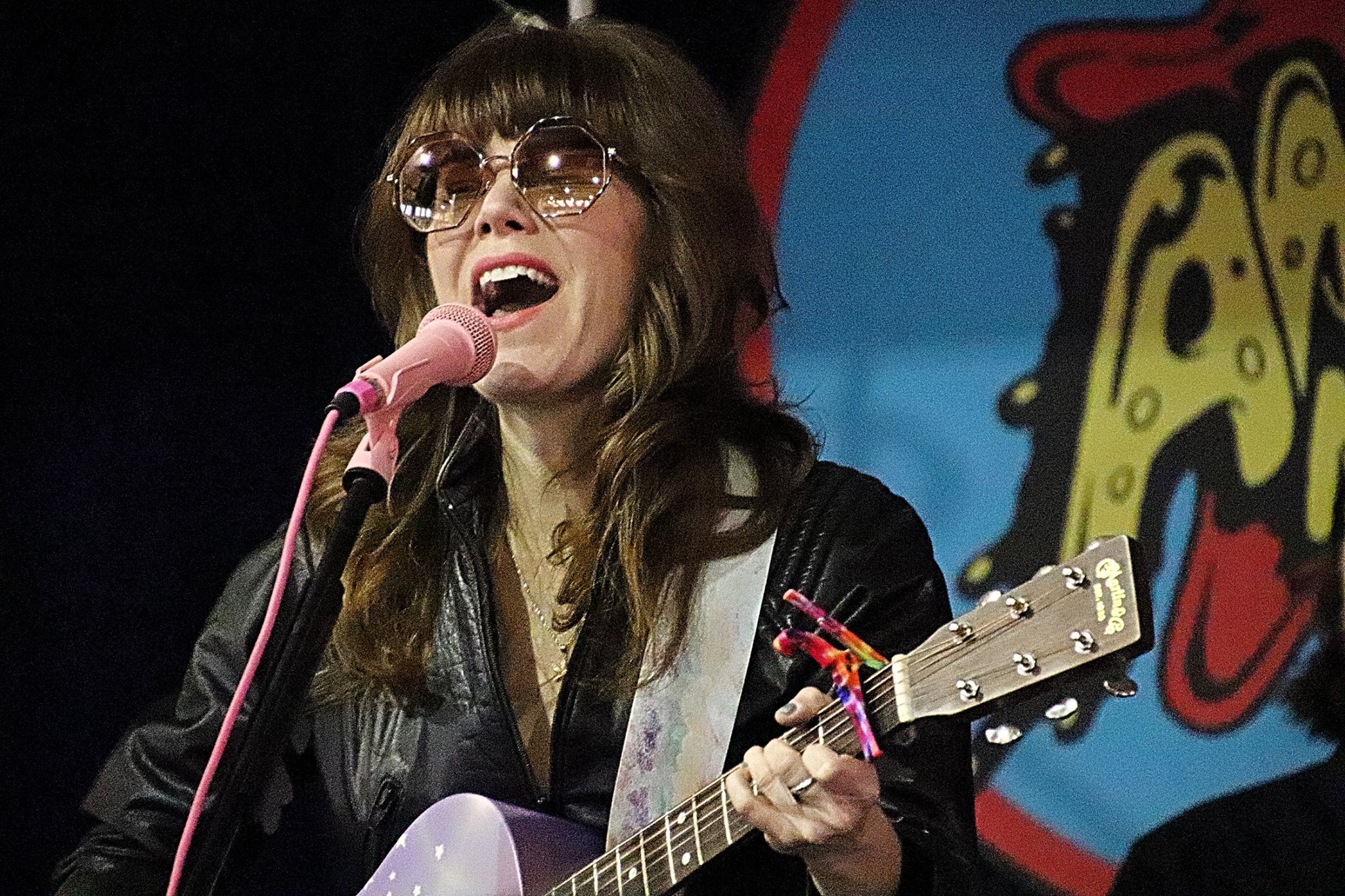 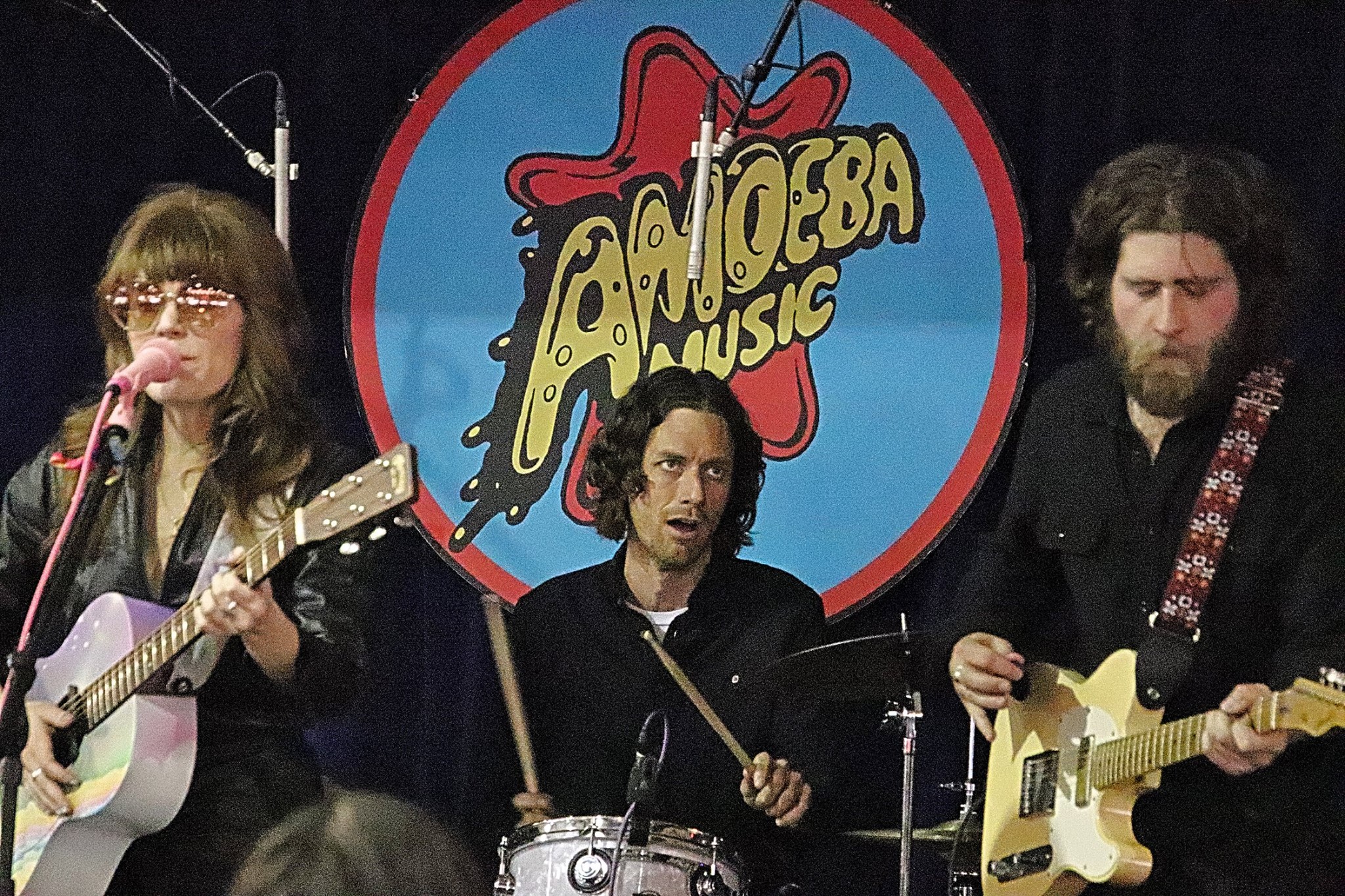 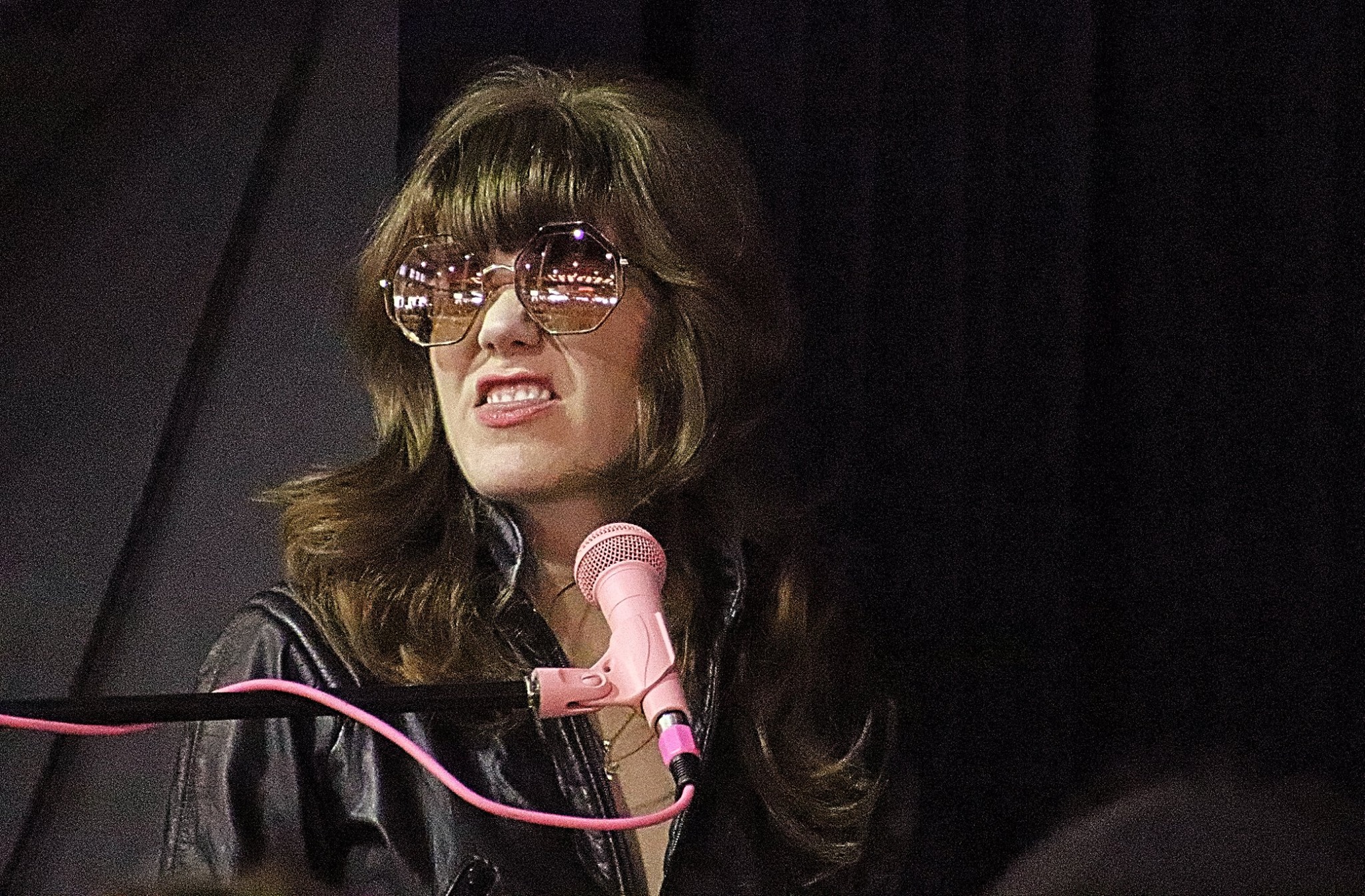 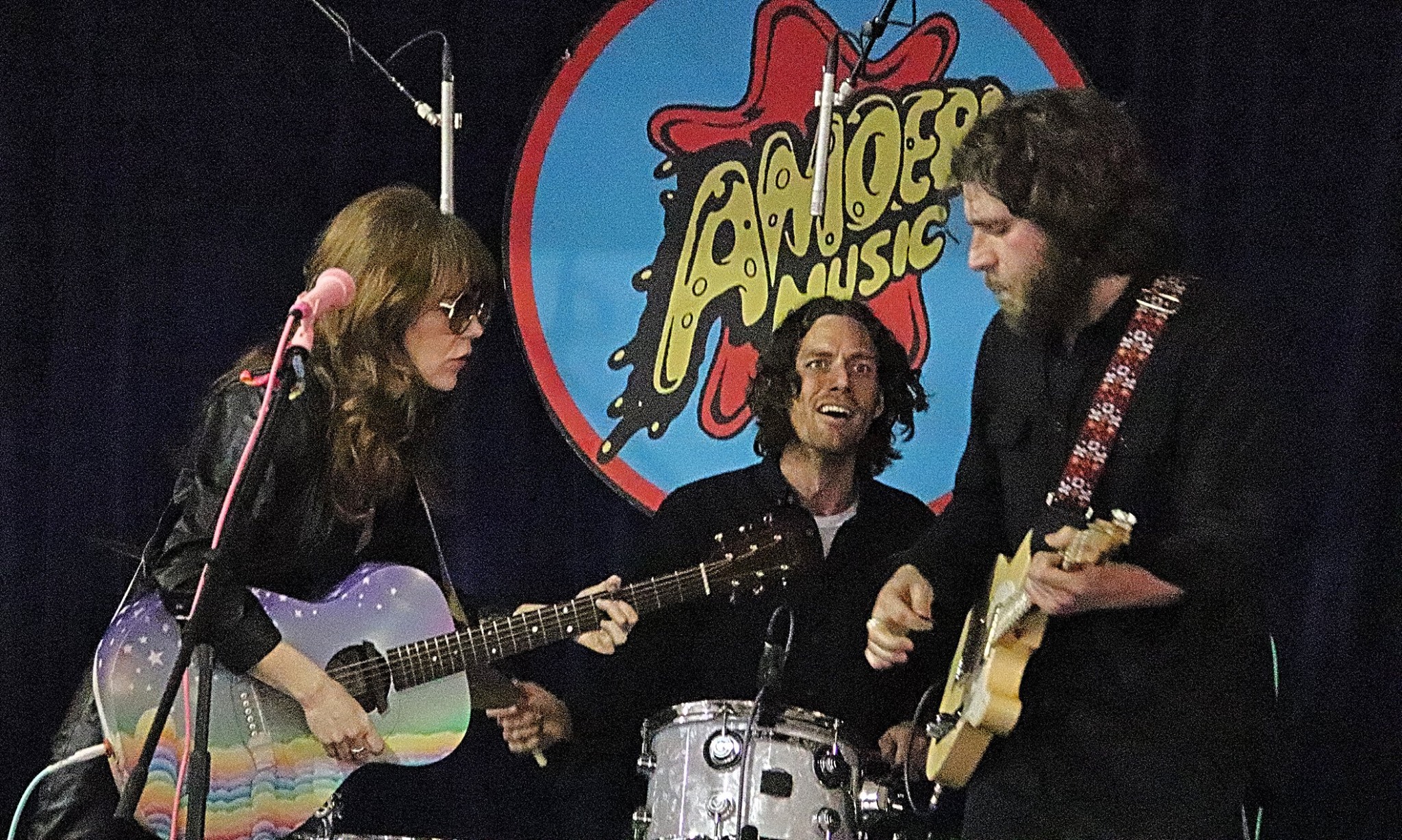 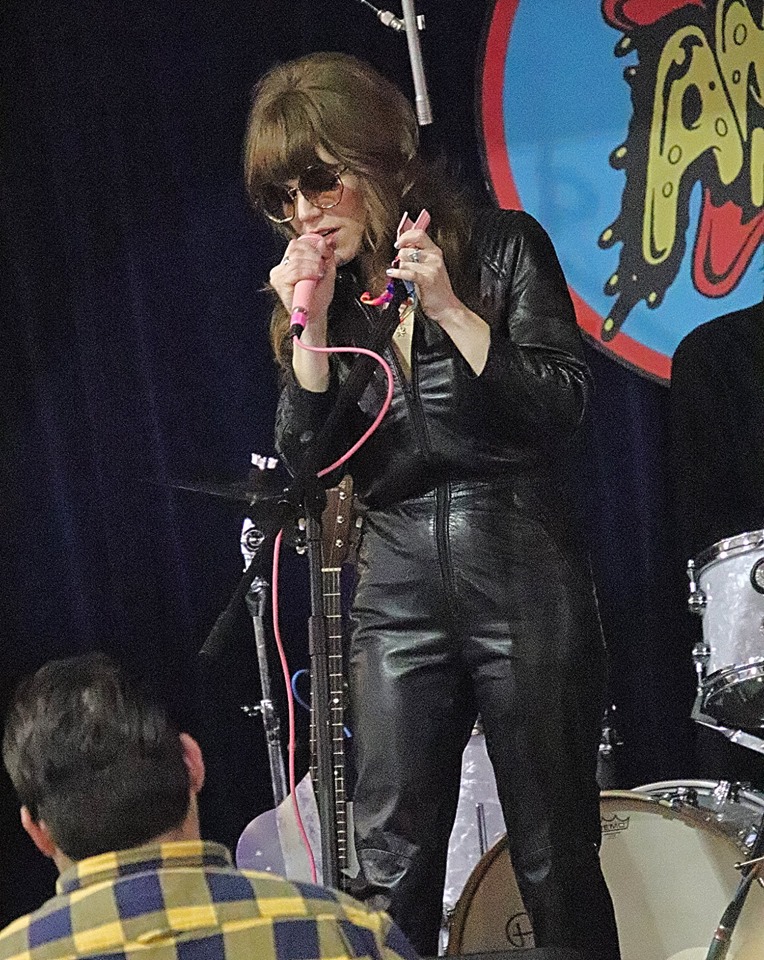 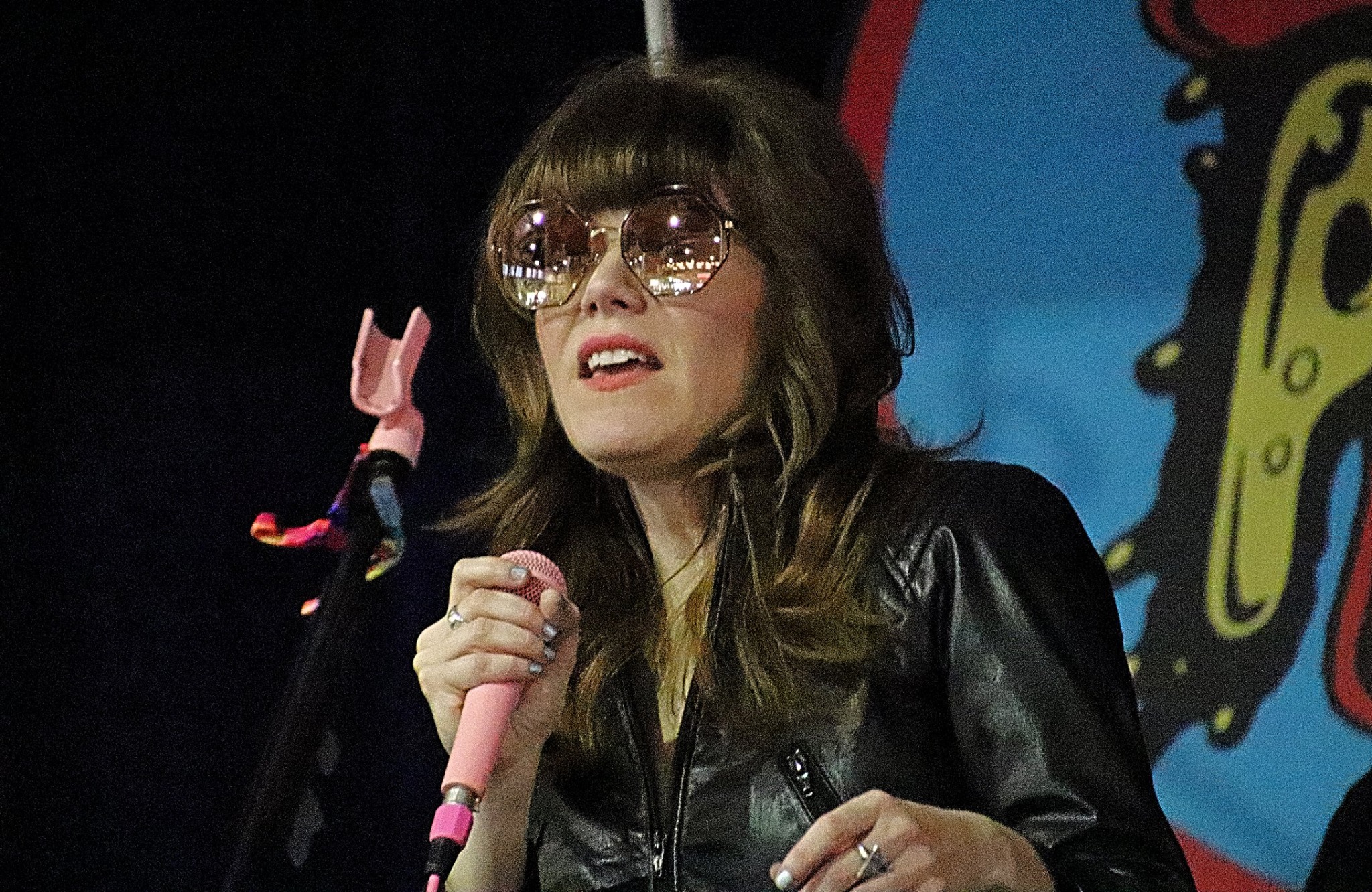 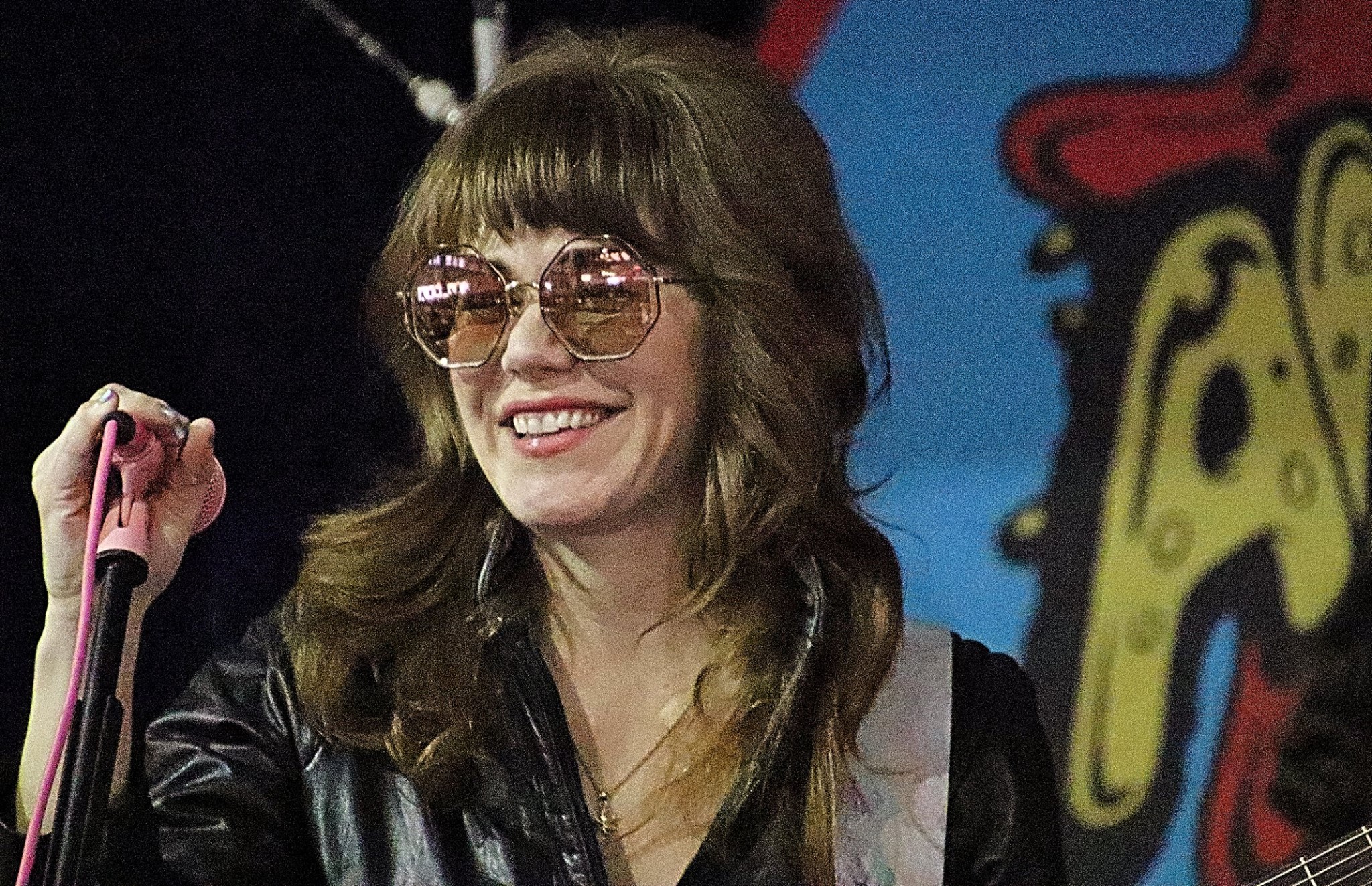