Jennifer Chiba And Elliott Smith’s Case Discussed In A Podcast 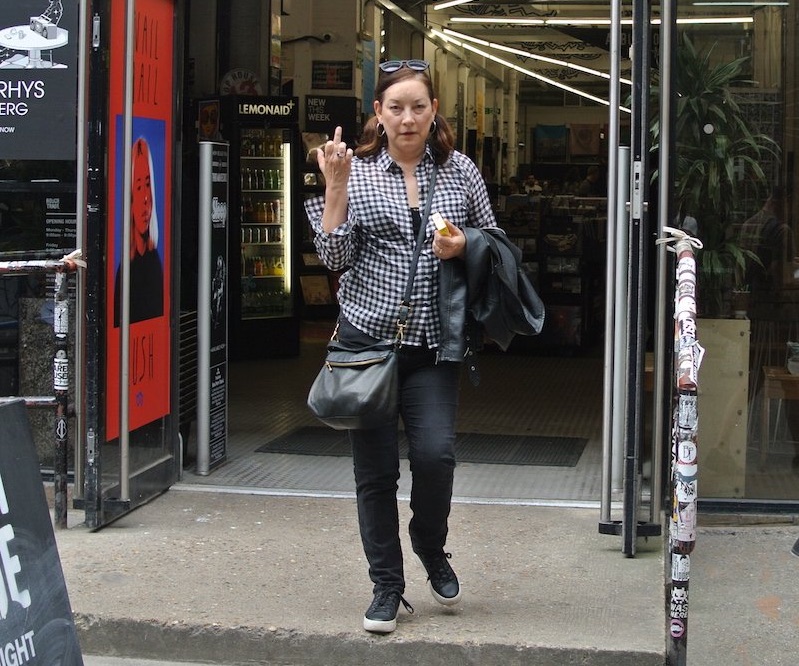 I don’t remember how I stumbled on this podcast, but I remember thinking this was probably some old story I had heard before. However, when I finally listened to it, I thought it would be a good thing to contact the host, Gavin McInnes. I knew nothing about him, but his Wikipedia page was bad news: He is described as a ‘Canadian writer and a far-right political commentator’… ‘the co-founder of Vice Media and Vice magazine’, and after being a leading figure in the hipster subculture while at Vice, he became increasingly far-right when he left the company. This is what Wikipedia says… It doesn’t help that he is also the founder of the Proud Boys a group classified as a ‘general hate organization’ by the Southern Poverty Law Center. Of course, McInnes has rejected these denominations and prefers to describe himself as libertarian and part of the New Right. He has denied any links with white nationalism.

Should I have contacted him after such a pedigree? His podcast #126 was actually discussing the death of actor Gary Coleman who died in 2010 after falling down the stairs in his home. It was ruled an accident, but the case may show some strange parallel with Elliott’s case. Many people have suggested that ex-wife Shannon Price pushed Coleman and let him bleed to death. Their relationship was an abusive one, Coleman had filed a restraining order to keep her away from him, and she had been seen physically abusing him. When he died, Shannon claimed that she should be the beneficiary of everything he owned (despite the divorce), and since she was determined to get his money, the issue made it to the court system…. Doesn’t this ring a bell?

Gavin McInnes was talking about this sad story when he mentioned the similarities with Elliott Smith’s story, immediately saying that he thought Jennifer Chiba had killed Elliott while saying he believed both cases were examples of ‘female privilege’. This is just his opinion, however, based on a few other things he said during his podcast, I knew he also had a few facts.

I had nothing to lose, except for my reputation, and I decided to contact Gavin McInnes. This went extremely smoothly as he called me the following day. He told me he used to see Chiba during parties, either in New York or London – he couldn’t remember as he was setting up Vice UK and was going back and forth. He described Chiba as a heavy partygoer, doing a lot of drugs (cocaine) at the time, but he right away admitted he was also doing a lot of drugs at the time. This was happening just after Elliott’s death, and if McInnes became extremely suspicious of her after enquiring about the case, he was stunned by the scene: ‘It is so strange, everybody is so friendly with her, there is absolutely no skepticism, no stigma! She is so awesome, and this is so odd’.

We know for a fact that Chiba left Los Angeles shortly after Elliott’s death and went to New York and London, where she stayed for several months. Thus this perfectly fits with Gavin McInnes’ story. He also told me she was dating the drummer of the Pixies, David Lovering at the time: ‘she went straight from Elliott to the drummer of the Pixies’ and, the fact she was ready to date another musician right away after Elliott’s tragic passing didn’t look very good to Mcinnes’ eyes.

Obviously, none of this can prove anything, and people may say that she was trying to forget the tragedy with drugs and parties, but McInnes also told me he knew her as a cokehead before Elliott died…Then there are the rumors that McInnes heard, the rumor that Chiba was writing a list of baby names, making Elliott react with: ‘I am not having a baby with you’. This confirms another conversation I had with an ex-neighbor who told me that Elliott told her he didn’t want to have children. So it’s possible that the ‘we want to start a family’ story was entirely made up by Jennifer Chiba.

Mcinnes also heard Elliott was ready to break up with her, something we have heard before from several sources, and he also mentioned the shower, a persistent rumor he heard from different people, although he heard two different versions of the story: she either took a shower ‘to cool off’ after her fight with Elliott or she took a shower after Elliott was stabbed. I told him the shower was strangely never mentioned in the police report, although I heard/read it several times.

Gavin Mcinnes was also aware of the findings of the autopsy, the long list of unusual facts for suicide by stabbing (the lack of hesitation marks, the stabbing through the clothes and the rarity of the act). He was also aware of the lawsuit against the estate and the fact that Chiba ‘grabbed Elliott’s stuff’ and didn’t want to turn in anything to his family.

He obviously based his judgment on all these facts and Chiba’s very casual behavior at these parties. The funny thing is that he used the expression ‘she is a starfucker’, something I had heard many times from Abigail Russell, who used to know Chiba back from her Warlocks days.

Mcinnes is well-aware of his reputation, ‘my name is mud’, he told me pointing to the fact that, if I mention his name, people would probably dismiss anything he has to say because he is this misogynist ‘nazi’. I don’t care, I am able to tell the difference between facts, opinions, and speculations. I am also able to separate his views (whatever they are) from the fact that Chiba was partying just after Elliott’s death, and was dating plenty of musicians right after this tragedy. ‘I remember seeing her with a lot of dudes,’ told me somebody else who has claimed to have been associated with this same circle at the time. Chiba also immediately (but unsuccessfully) tried to reconnect with Rivers Cuomo, who even wrote a song (‘The Other Way’) about the episode.

Everybody reacts differently to trauma, but how can you reconcile a woman crying non-stop at Elliott’s funerals (according to a witness) and a partygoer dating an army of indie musicians a few weeks later?

Someone like Gavin McInnes was immediately available to talk whereas there are so many other people who will never talk… of course, he is used to be called a misogynist, but this is not the case for most people, who would be horrified to be called such. I am well aware that the zeitgeist is against me and will be for a long time, but should we close our eyes on a possible murder because we don’t want to be accused of being misogynistic?