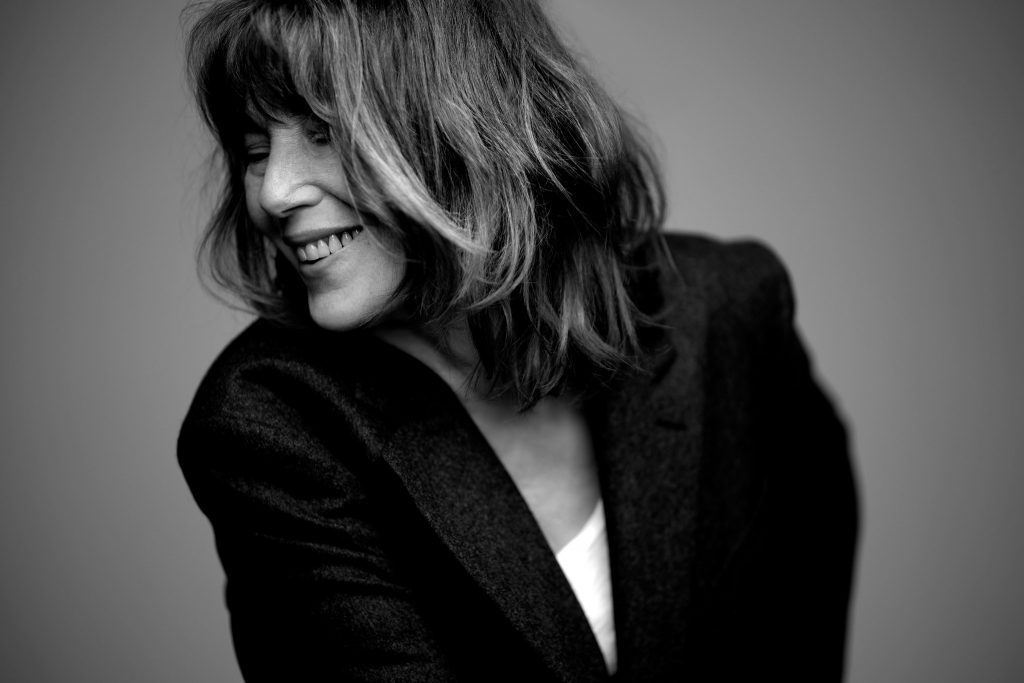 UK singer Jane Birkin’s new album, ‘Oh! Pardon tu dormais,’ – ‘Oh! Sorry, you were sleeping’ in English – is a collection of 13 French songs that are very much in synch with the iconic work she did with husband singer-songwriter Serge Gainsbourg, but the album is also a much more personal affair. The songs are written in French, except for 2 tracks (‘Ghosts’ and ‘Catch Me If You Can’), and the idea behind the album is based on a dramatic play written by Jane Birkin herself, that she even interpreted with Thierry Fortineau at the Gaîté Montparnasse in Paris, several years ago. French singer-songwriter Etienne Daho went to see the theatrical play several times, and he liked it so much that, for years, he tried to convince Jane to collaborate on a musical adaptation. With the help of Jean-Louis Piérot, Daho wrote the melodies, and eventually reworked Jane’s words, bringing attention to the most intimate parts with great care and a very light touch. But the album also moves away from the subject, and addresses more pressing, urgent themes directly taken from Jane’s diary, very personal texts she recently wrote becoming songs thanks to Daho’s musical arrangements. Grief, loss, heartbreak, ghosts, but especially the death of her daughter, photographer Kate Barry, are at the center of ‘Oh! Pardon tu dormais.’

The most French of all British singers has lived in France for about 50 years, since the time she became Serge Gainsbourg’s muse in the ‘70s, so writing in French obviously comes very naturally to her. The album is her first original work in 12 years, and it may well be her most personal one because this is the first time that she addresses the death of her daughter Kate, who died in 2013 after a fall from her fourth-floor apartment in Paris. Even though her death is thought to be a suicide, it is still impossible to be certain as her death could have been accidental, a freak accident, or deliberate. Charlotte Gainsbourg had already addressed the death of her half-sister in ‘Kate,’ a song from her 2017 album ‘Rest,’ but it’s now Jane’s turn. With the help of her collaborators, her grief takes shape with ‘Ces murs épais’ (‘These thick walls’) and ‘Cigarettes,’ two melancholic piano ballads haunted by Birkin’s vulnerable whisper. ‘Ces murs épais’ tells poignant visits to the cemetery and Jane leaving spring then summer flowers on her daughter’s tomb, terrified by the horror of the cemetery, while depicting the scene with vivid poetry: ‘Sous mes pas, à six pieds sous terre/Des baisers de ronces et de lierre’ – ‘Under my steps, six feet under/kisses of brambles and ivy.’ In ‘Cigarettes,’ the emotions are even rawer over a cabaret-style light orchestration, but a very direct line: ‘Ma fille s’est foutue en l’air’ – ‘my daughter killed herself/my daughter fucked up,’ although the translation doesn’t give justice to the French double entendre which literally means ‘send yourself in the air.’ Meanwhile, Jane questions her daughter’s death: ‘A-t-elle ouvert la fenêtre/En fait pour chasser la fumée?/Cigarettes…Peut-être est-ce un accident/Vraiment bête/Qui sait?’– ‘Did she open the window/to scatter the smoke?/Cigarettes… Maybe it was an accident/really stupid/ who knows?’ The song captures all the horror and the tragedy of the death of a child, with the horrific vision of the indecent accident and the doubt preventing any closure; it’s a very intimate dive into Jane’s psyche and distress.

Several of the songs are served by dramatic orchestrations of keys and strings with often a cinematic vibe, working like a lush soundscape for the confessional, even simply conversational tone (‘Je voulais être une telle perfection pour toi’ – ‘I wanted to be such a perfection for you.’ But it’s often the voluptuous strings with widescreen, almost spaghetti-western-inspired orchestrations (‘Max’) or with cinematic tension (‘A marée haute’ – ‘At high tide’) that bring back in mind the influential Gainsbourg/Birkin ‘70s sumptuous pop (think ‘Melody Nelson’), or the lush string-saturated soundscapes of Beck’s ‘Sea Change’, an orchestration that had already been inspired by the French musician. Other songs are delicate French pop elevating into splendid choral arrangements (‘Ta Sentinelle,’ ‘Your Sentinel’) or light and playful texts and melodies (‘Telle est ma maladie envers toi’ – ‘Such is my illness towards you’ – or ‘L’autostoppeuse’ – ‘The hitchhiker’), while Etienne Daho sometimes contributes to a frolicsome duet with Jane.

But despite these short comical vignettes – in particular a recurrent joke about the fact that Jane cannot pronounce certain words like ‘Fruit’ and ‘Sex,’ ‘Even under torture, I will not say it’ she claims – the tone of the album is grave and very moving. The songs are haunted by ghosts, the nostalgia of fleeting moments, excruciating absence, passionate jealousy, failed possession, and even graveyards becoming playgrounds for children (‘Les Jeux Interdits’ –’The Forbidden Games’ – inspired by the 1952 movie of the same name). Charlotte Gainsbourg said it took her mother years to cope with her grief after Kate’s death, as Birkin was really gone and couldn’t even get out of bed. In ‘Oh! Pardon Tu Dormais,’ she is a sleeping and melancholic figure trying to free the ghosts of the past and trying to prove that only art can heal a deep wound.