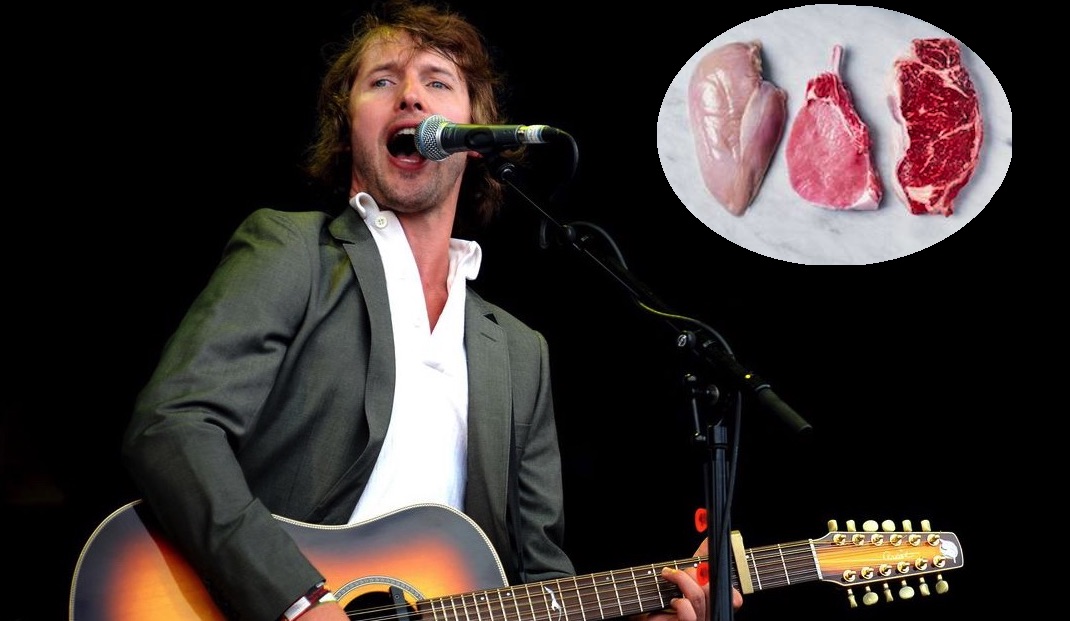 James Blunt, the one-hit singer-songwriter – I only know one song from him, ‘You’re Beautiful’ that’s it – had a very strange idea when he was younger. Speaking on Jessie Ware’s podcast Table Manners, Blunt said he started a carnivorous diet ‘out of principle’ in the ‘90s when he went to school with vegan and vegetarian classmates in Bristol, where he was studying aerospace manufacturing, engineering, and sociology. The sociology seemed to attract vegan girls in particular, and Blunt probably got tired of them, ‘So out of principle I decided to become a carnivore and just lived on mince, some chicken, maybe some mayonnaise,’ he stupidly declared

The problem is that this meat-only diet came with deficiencies and Blunt admitted he developed scurvy six to eight weeks later, ‘I think you’ve got the symptoms of scurvy!’ Scurvy is a pirate/sailor disease that results from a lack of vitamin C, a vitamin abundantly found in fruit and vegetables, and sailors solved the problem by packing lemons when they were at sea for a long time. If you want to see the advanced effects of scurvy, it’s not pretty, people’s gum and teeth fall apart and this can even lead to anemia, exhaustion, spontaneous bleeding, pain in the limbs,… Blunt very probably stopped his silly diet before reaching this extremity, but to develop some symptoms of scurvy he was certainly following his meat diet very religiously because vitamin C is so ubiquitous in the American diet that you almost find it in every plant-base food.

What was the point, Mr. Blunt? Did you do that just to play the contrarian? To show to these vegan girls you were the alpha male? I never understood people getting ‘offended’ or ‘annoyed’ by someone else’s diet. Let people eat whatever they want, and eat yourself whatever you want. As a vegetarian myself, I have encountered some of these people who wanted to teach me a lesson whereas vegetarians are the ones with the most ethical diet. I know that some of them can be a bit preachy, but they are correct, meat is murder, Morrissey is right on this one. The carnivore diet is just a stupid diet that Blunt adopted out of spite, he should have taken a nutrition class instead of this aerospace manufacturing non-sense. Or he could just have simply played one of his songs if he really wanted to annoy these vegan girls.