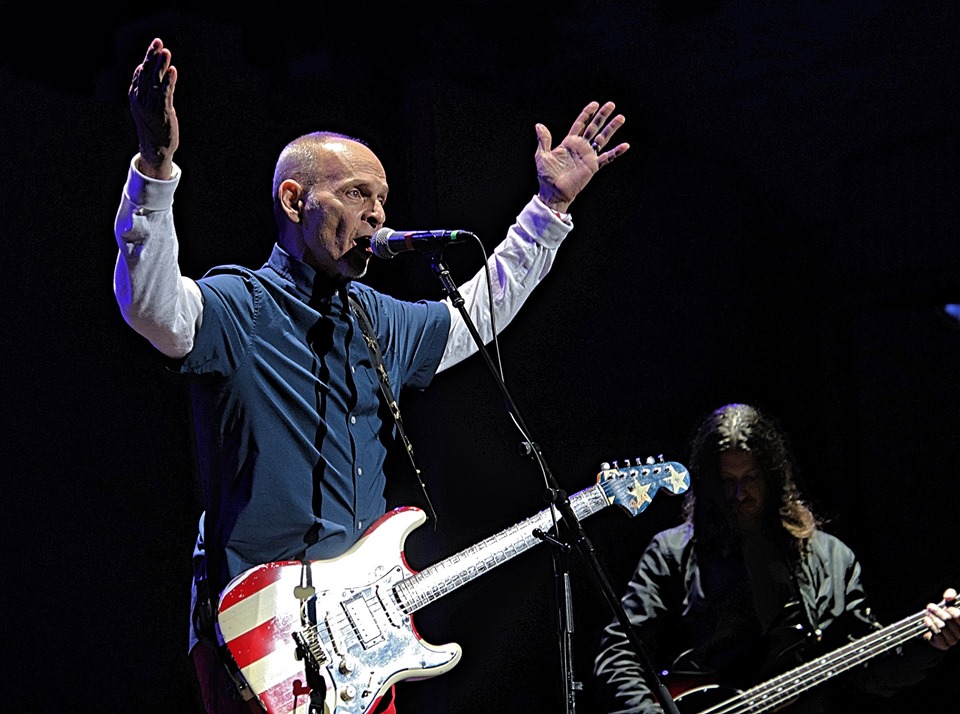 ‘Jail Guitar Doors’ may be a song by the Clash, but it’s also an independent initiative born in 2009 and set up by MC5’s Wayne Kramer, his wife Margaret Saadi Kramer and Billy Bragg, who started himself a similar project in the UK.

The project’s noble and crucial aim is to provide musical equipment and music lessons to inmates serving time in prison, by assisting volunteer teaching programs and organizing prison outreach programs. If you believe that art can save people’s life, if you think that music can bring redemption, Jail Guitar Doors is truly a program that applies what it preaches, and what other name could they have come up with, when the 1978 Clash song was precisely telling the story of the imprisonment of their fellow musician,… Wayne Kramer.

On Saturday night, during the fundraiser ‘Rock Out 5’, benefiting Jail Guitar Doors, we were able to see rehabilitation through music at work, as the show was the perfect demonstration of the healing power of music.

However, the night was extremely eclectic, and after a short introduction by the MC5 guitarist himself, who explained how JGD was working at expanding its programs to more prisons and youth facilities across the US, former Los Angeles poet laureate Luis Javier Rodriguez read some of his poetry, playing the role of host, as he reappeared several times during the show. Rodriguez, who was involved with gangs and drugs when he was just a teenager, spent many years between prisons and juvenile facilities in the ‘70s (with a cell next to Charles Manson he told us) just like his father and son. All fired up, he explained how his passion for books (and his own writing) saved him from the vicious circle, he mentioned ‘his calling’, despite the fact he was barely speaking good English…‘Even behind bars, people can be called to meaning and purpose’ he told us.

The first musical act with pianist Jack Bowers and the Soledad Jazz Workshop brought the participation of 80-year-old trombone legend Phil Ranelin, a Detroit avant-garde Jazz trombonist, who was a session musician on many Motown recordings and the co-founder of The Tribe Records. Bowers has been working with prisoners for about 30 years, and his quintet was also including a saxophonist and a drummer who had learned to play while they were in jail. if the genre is rarely featured in this sort of events, it was a moment of music played straight from the heart, and together they covered Miles Davis’ ‘All Blues’ among other jazz classics.

Wayne Kramer and his band, featuring Benmont Tench of Tom Petty and the Heartbreakers, and Jesse Carmichael of Maroon 5, followed with a short set, ‘Now we are gonna rock!’ said Kramer with a smile before launching the sharp social commentaries and the vivid imagery of ‘Shining Mr. Lincoln’s Shoes’ and ‘Back When Dogs Could Talk,’ two songs from his 1997’s ‘Citizen Wayne’ album. They played the songs with acidic guitars, Tench’s wobbling keys, and Wayne Kramer’s full-of- conviction delivery. They concluded with the song that started everything (the Clash’s song) with the help of a few friends including Jason Heath from the band Jason Heath and the Greedy Souls.

The headliner of the night was Moby, who did a fun set of his own songs — and he played some of his most famous ones including ‘Extreme Ways’, ‘South Side’, ‘Natural Blues’, and his LA song, ‘We Are All Made of Stars’. This was completed by a series of classic covers with the help of his great band and especially his amazing singer Mindy Jones, who took the lead during a soulful rendition of  ‘Gimme Shelter’ and an unbridled and bluesy ‘Whole Lotta Love’.

Moby is an entertaining performer who didn’t miss to notice the beauty of the John Anson Ford Theater, the outdoor amphitheater nestled in the Hollywood Hills while talking with humor and passion about the purpose of the night. He is an unassuming musician, always at the edge of self-deprecation, who can truly bring a crowd to its feet. The only rarity of the set was ‘Dark Cloud is Coming’, a song, he told us, he wrote while being inspired by his love for Johnny Lee Hooker and ‘The Little Death’, a band he formed a few years ago with friends Laura Dawn and Daron Murphy. During a moving moment, Moby dedicated Neil Young’s ‘Helpless’ to his deceased mum, while casually remembering his difficult and poor childhood on food stamps, but the mood of the night never stayed on a sad note for very long. Surrounded by his musicians and his friends Laura Dawn and Daron Murphy who were providing the backup vocals or lead vocals for the night, Moby told us how much he enjoyed play cover songs,… we got plenty of them, and the whole band had visibly a lot of fun to jam a few covers of the Stones, Led Zeppelin, and T Rex.

‘Stairway to Heaven’, that Moby called ‘the mount Olympus of the cover song, the mother of all cover songs’, turned into some epic friendly karaoke affair, while the grand finale, ‘The Perfect Life’, a song Moby wrote with a different Wayne (Coyne of the Flaming Lips), asked for audience participation while Moby and Wayne lied on stage. The night was filled with rock anthems, and the fervor of all the artists was a testimony of their faith into the cause.

It has been four decades since Wayne Kramer has himself been released from federal prison for selling cocaine. He has experienced the prison system and he knows what he is preaching: he is truly convinced that bringing music behind bars help broken people find meaning and be better prepared when they are finally out of jail. Jail Guitar Doors is working very hard at providing this link missing in the system, and it is trying to close the terrible prison pipeline once for all. Art can transform people’s lives is much more than some casual sentence you write on your Facebook wall, it makes complete sense when you see it in action, but it takes an understated revolutionary like Wayne Kramer to tell us how much this subject matters. 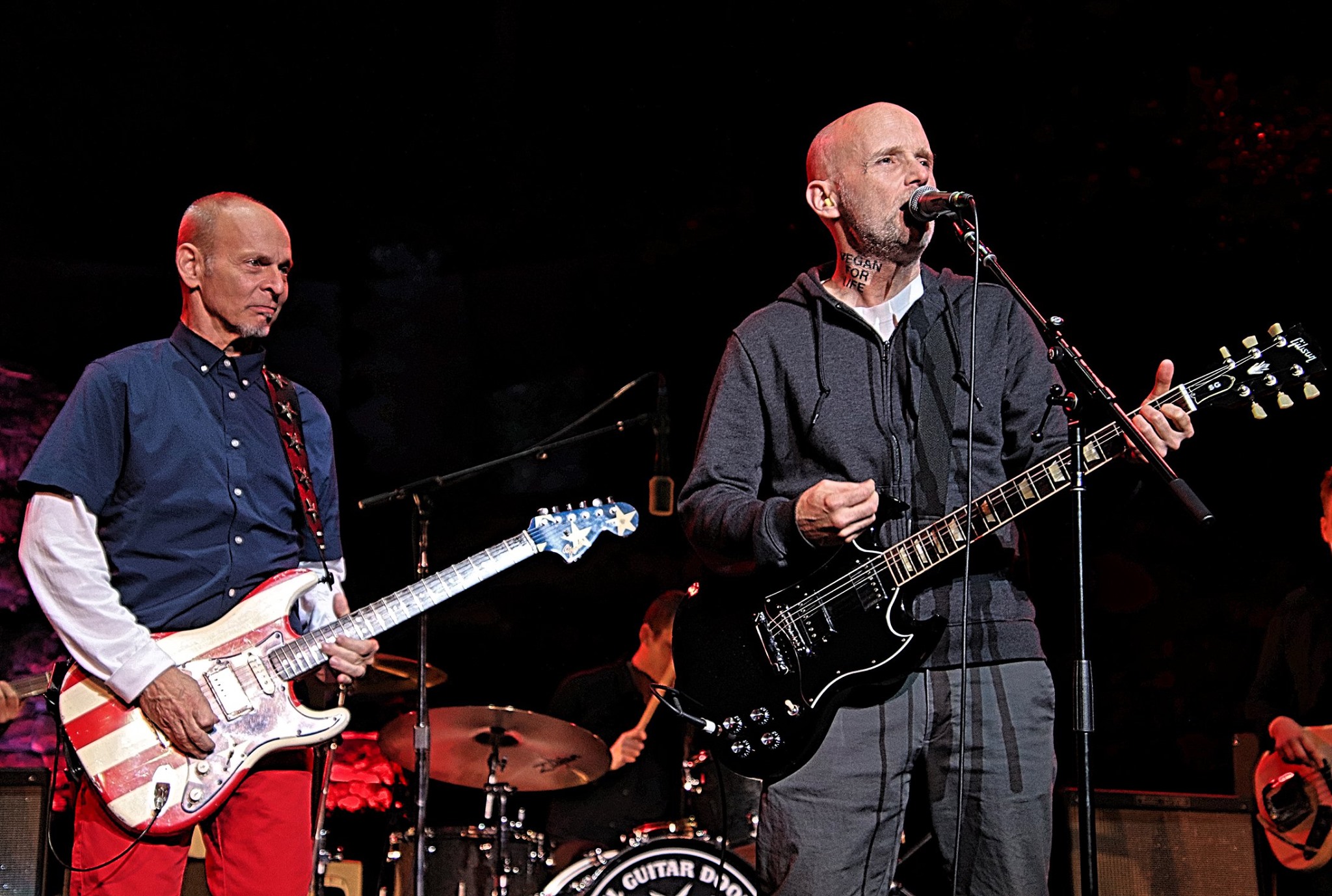 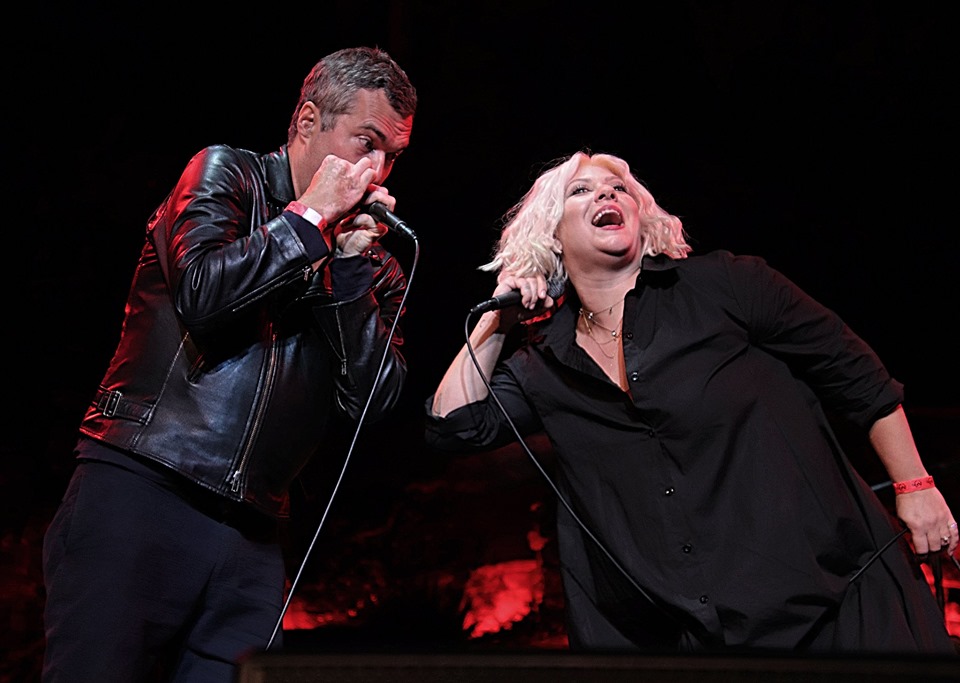 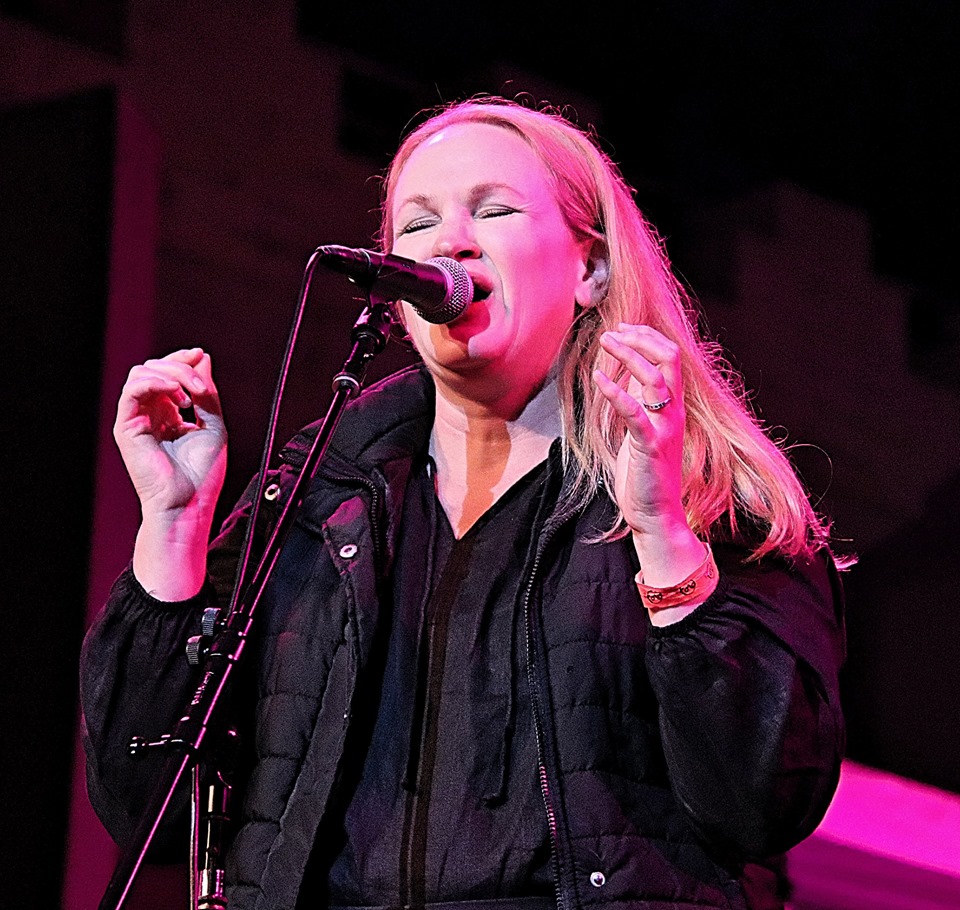 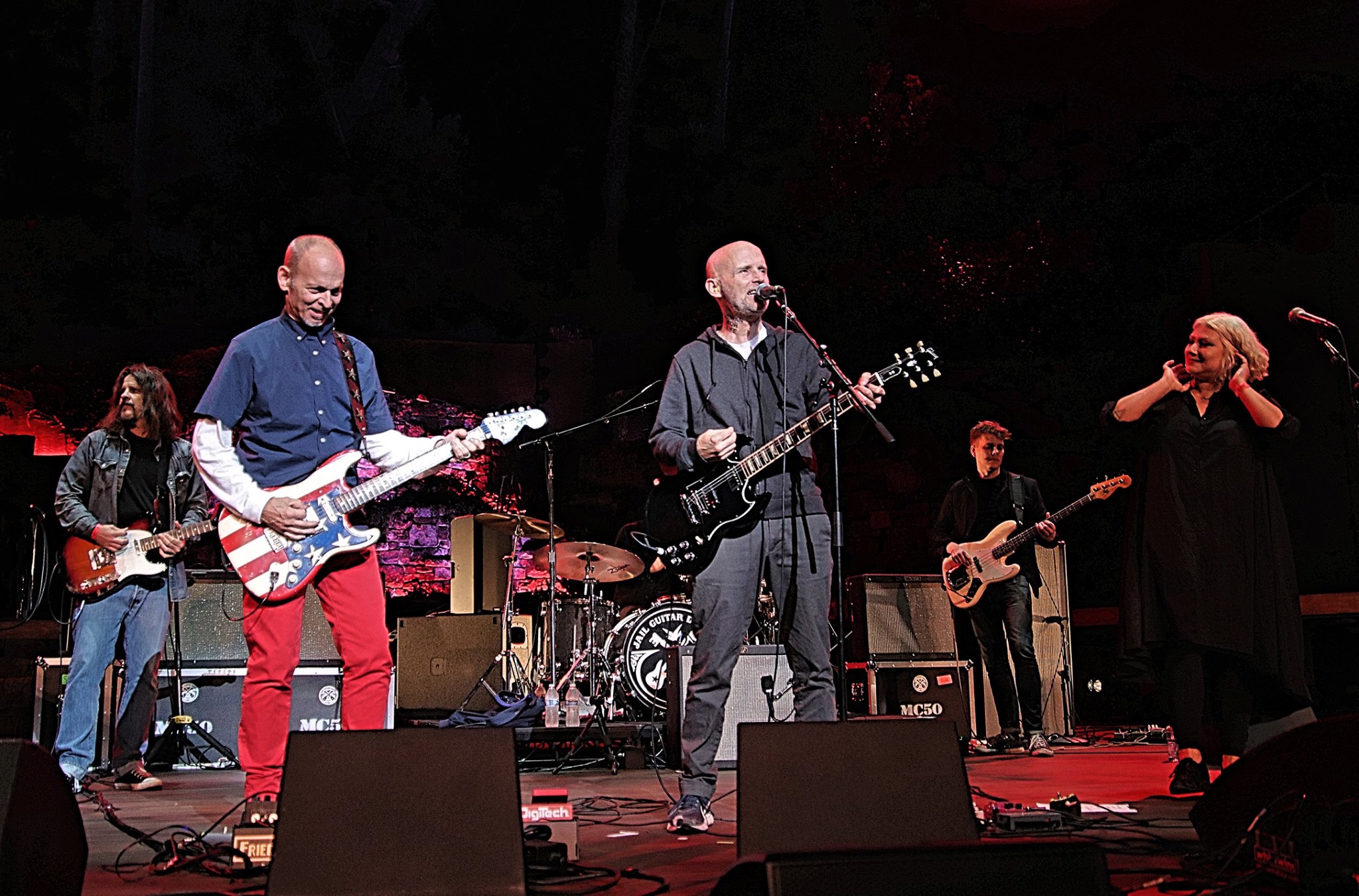 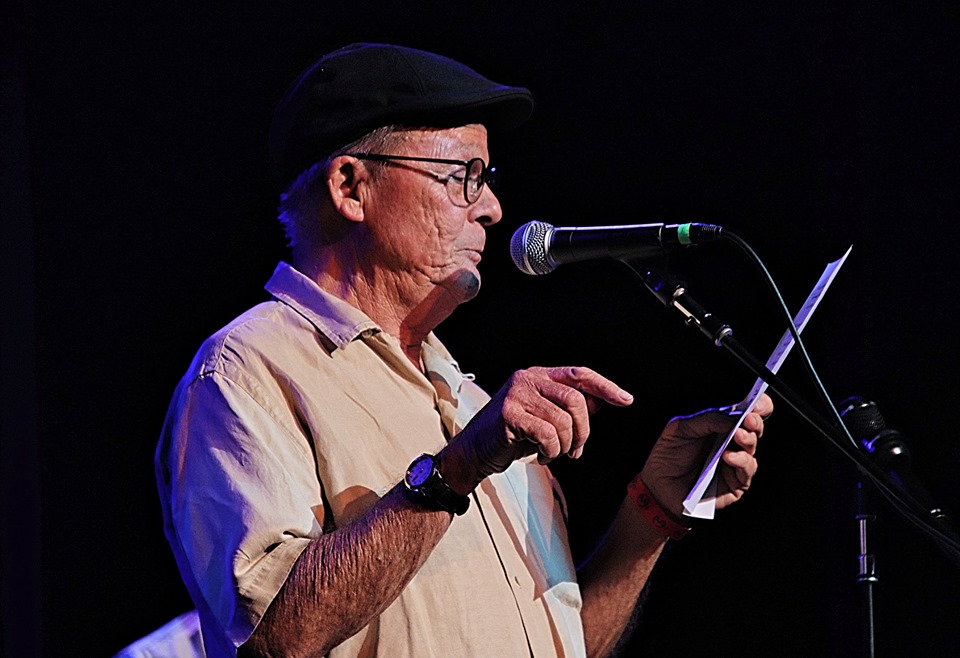 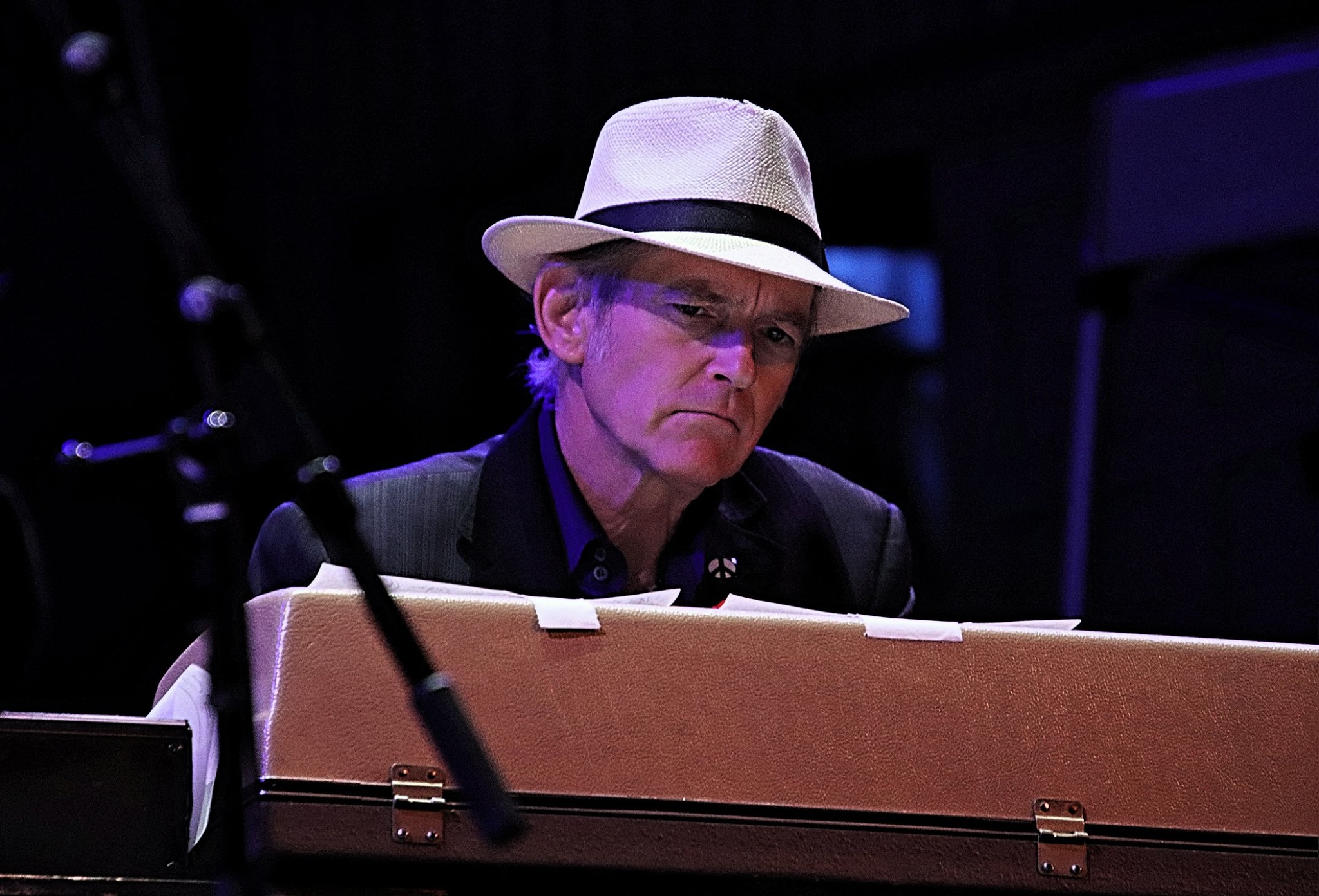 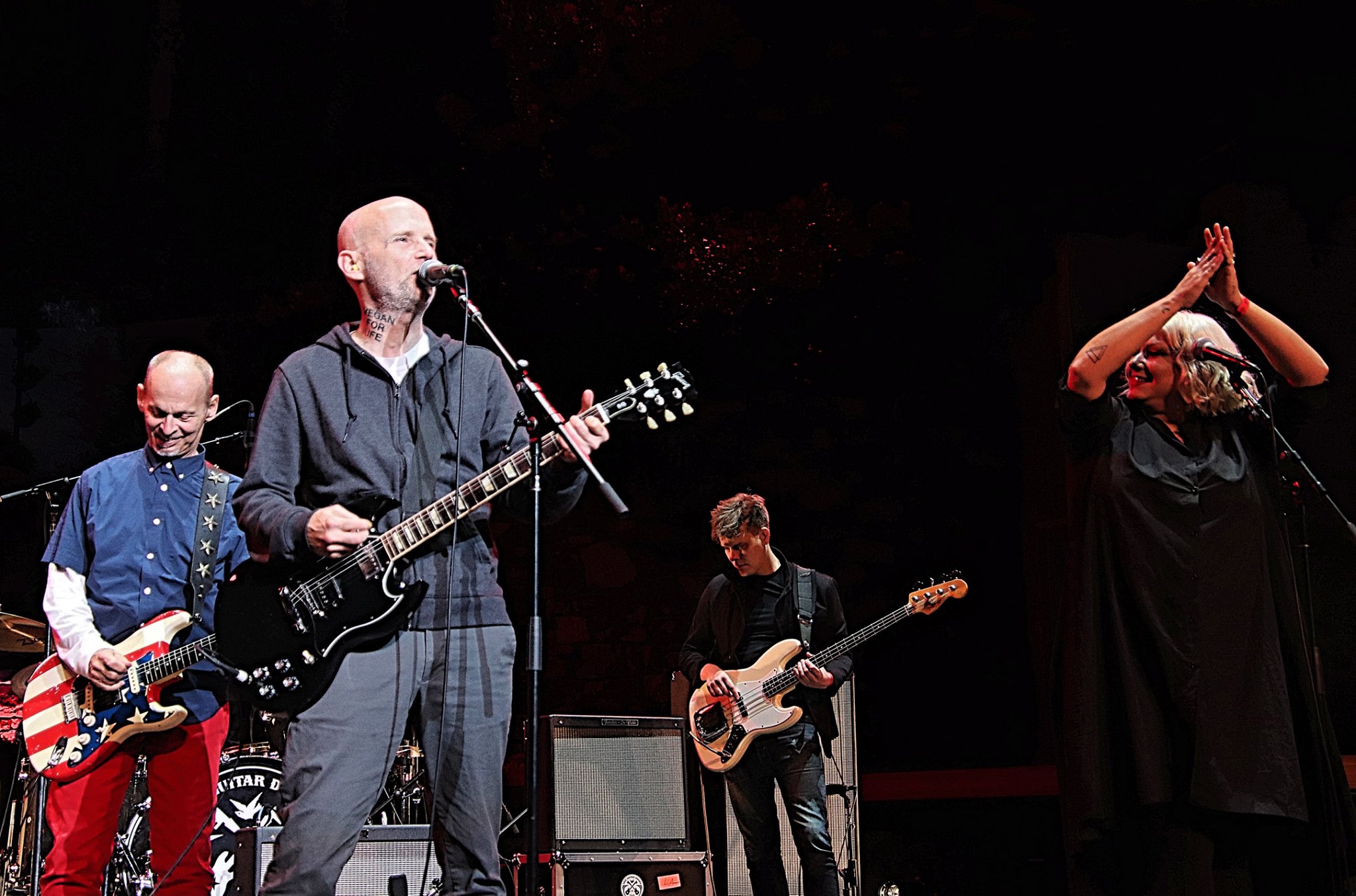 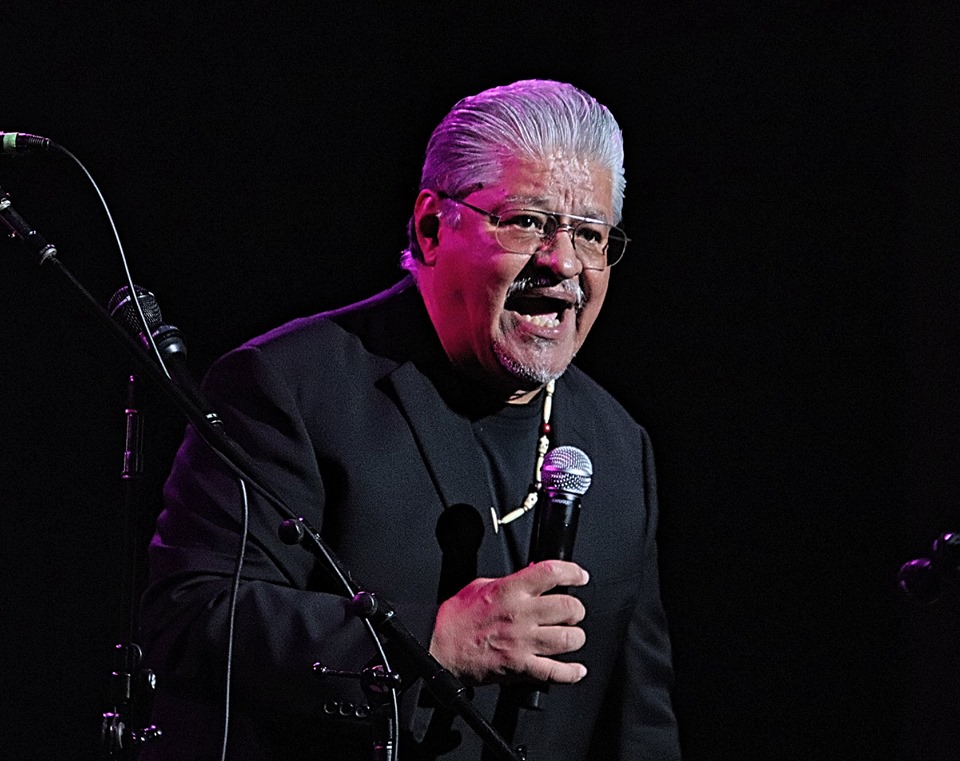 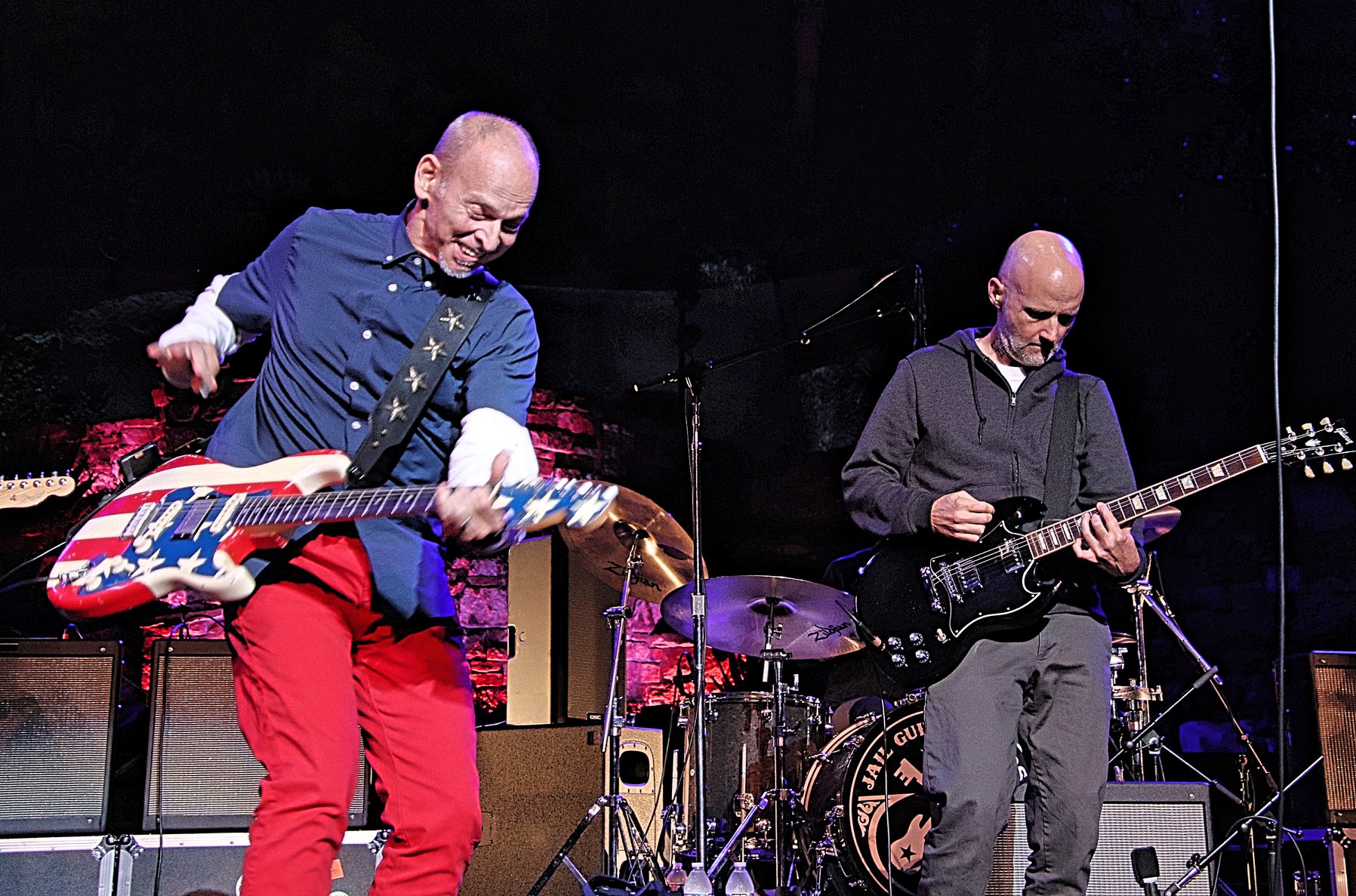 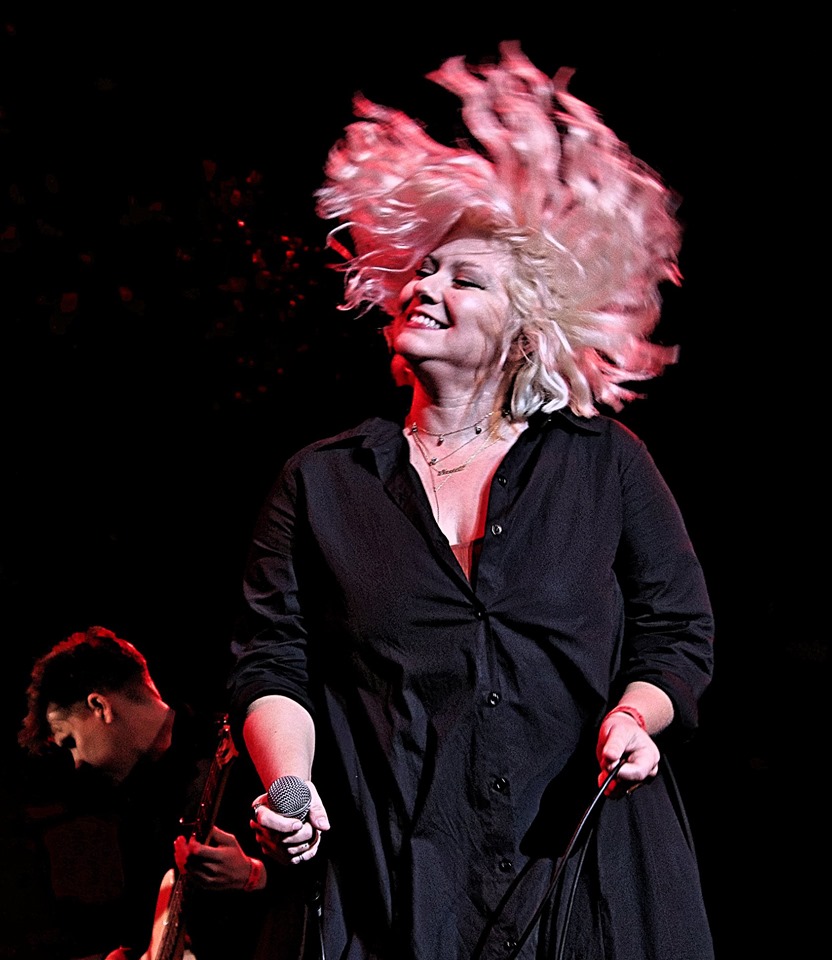 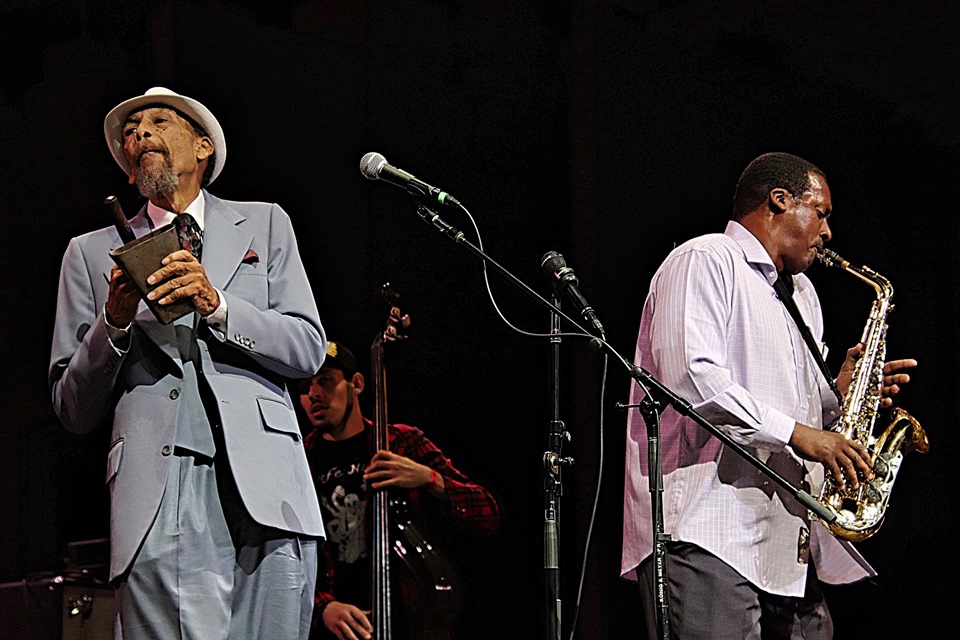 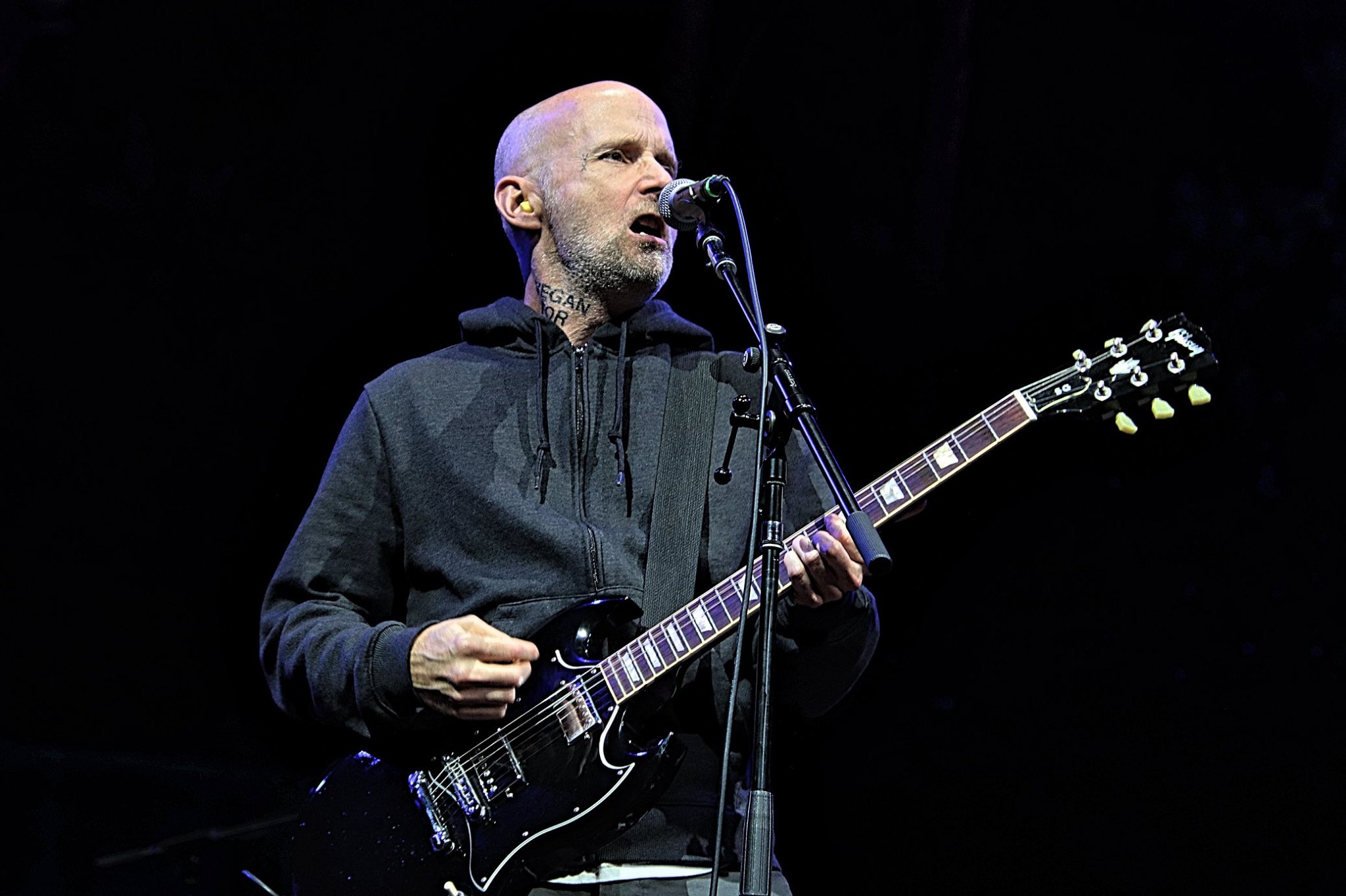 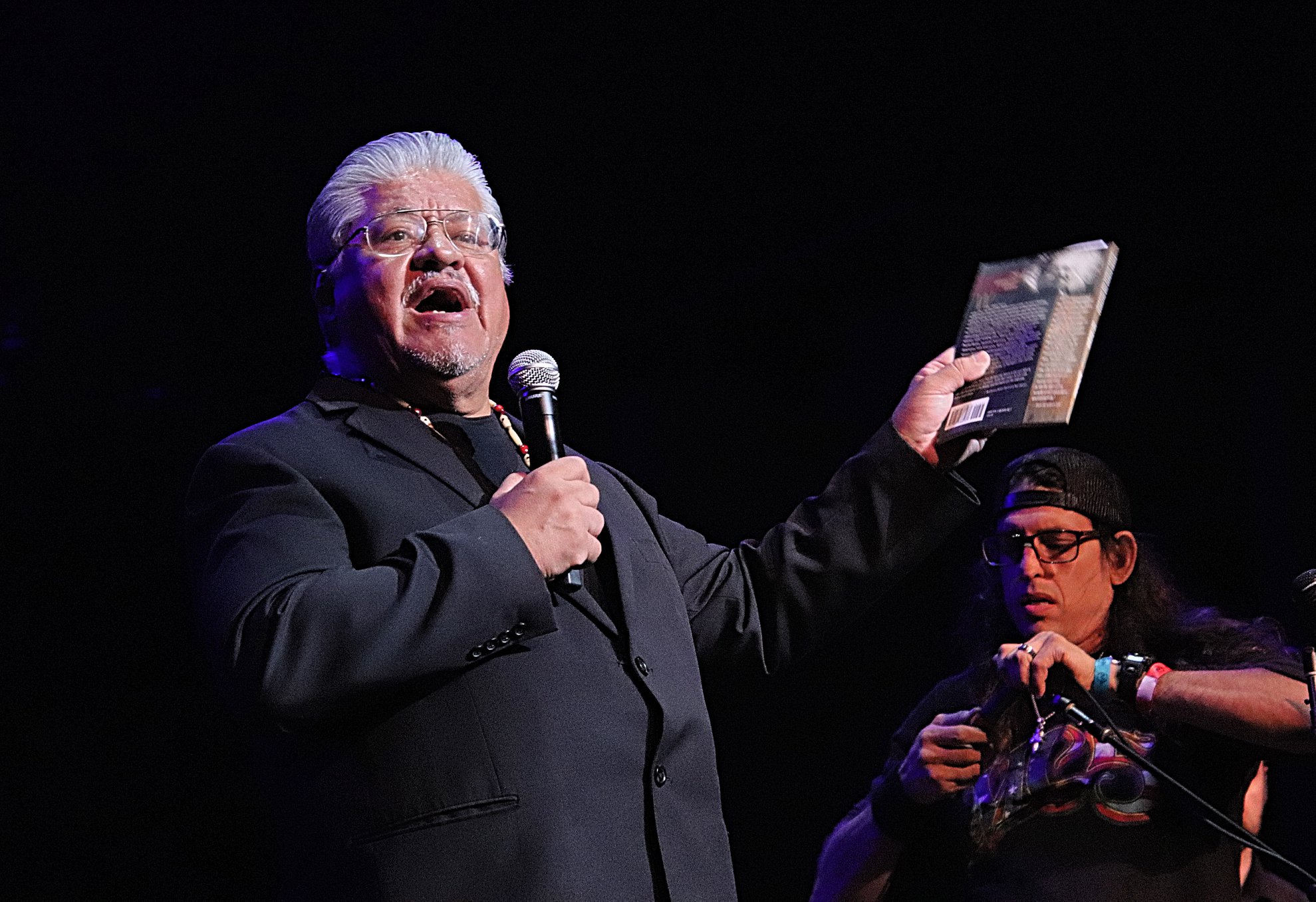 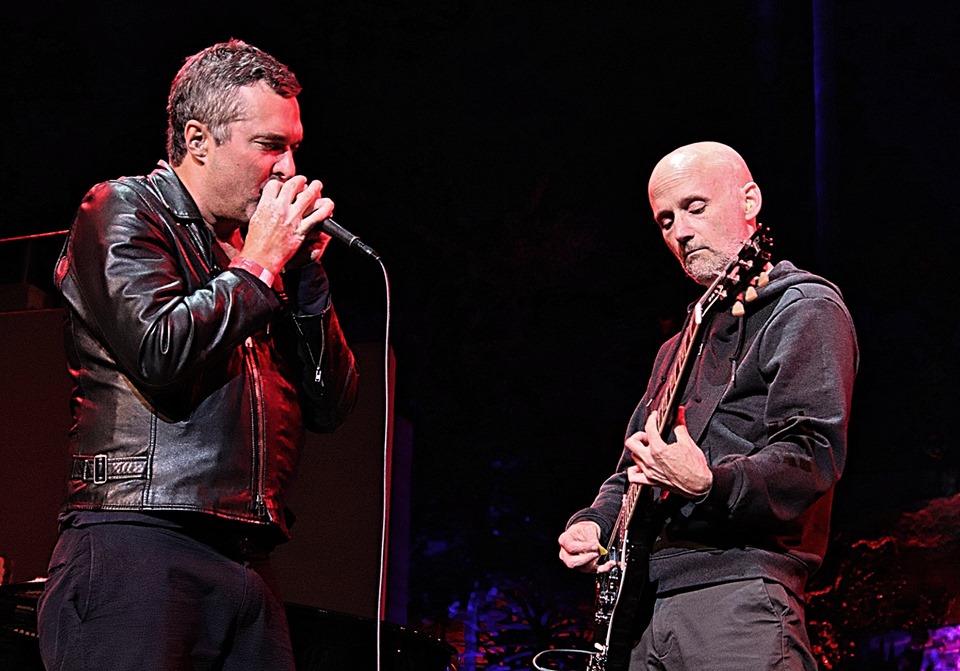 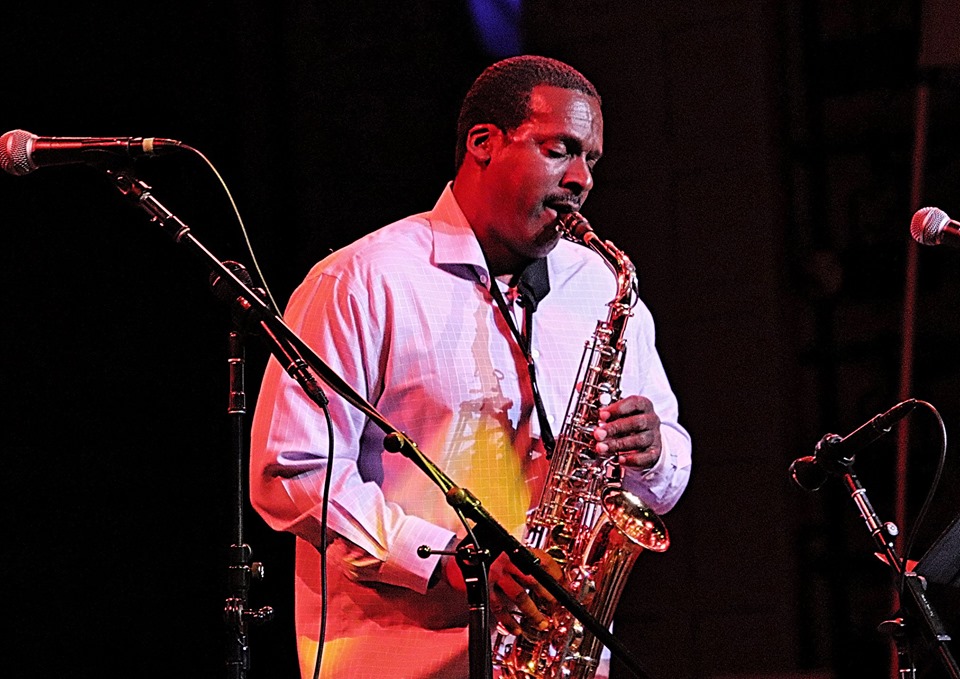 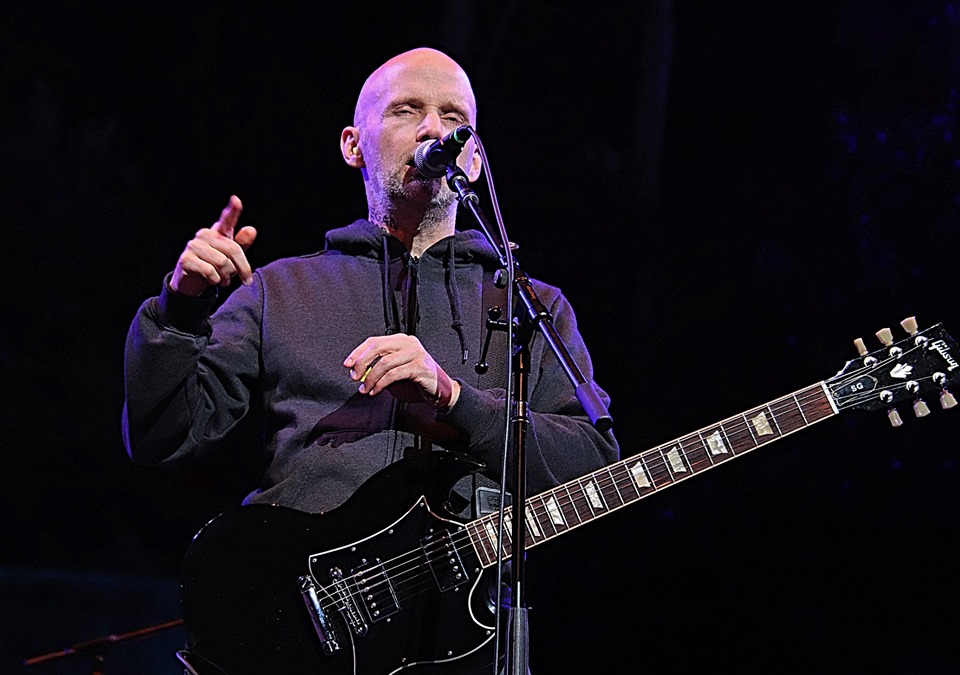 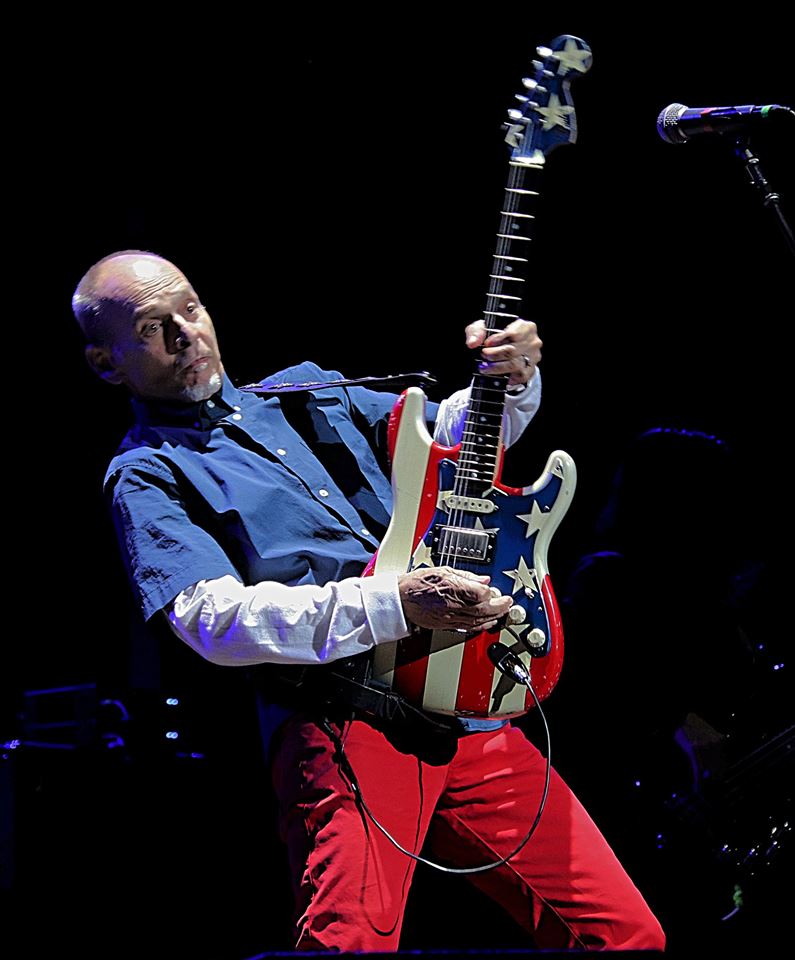 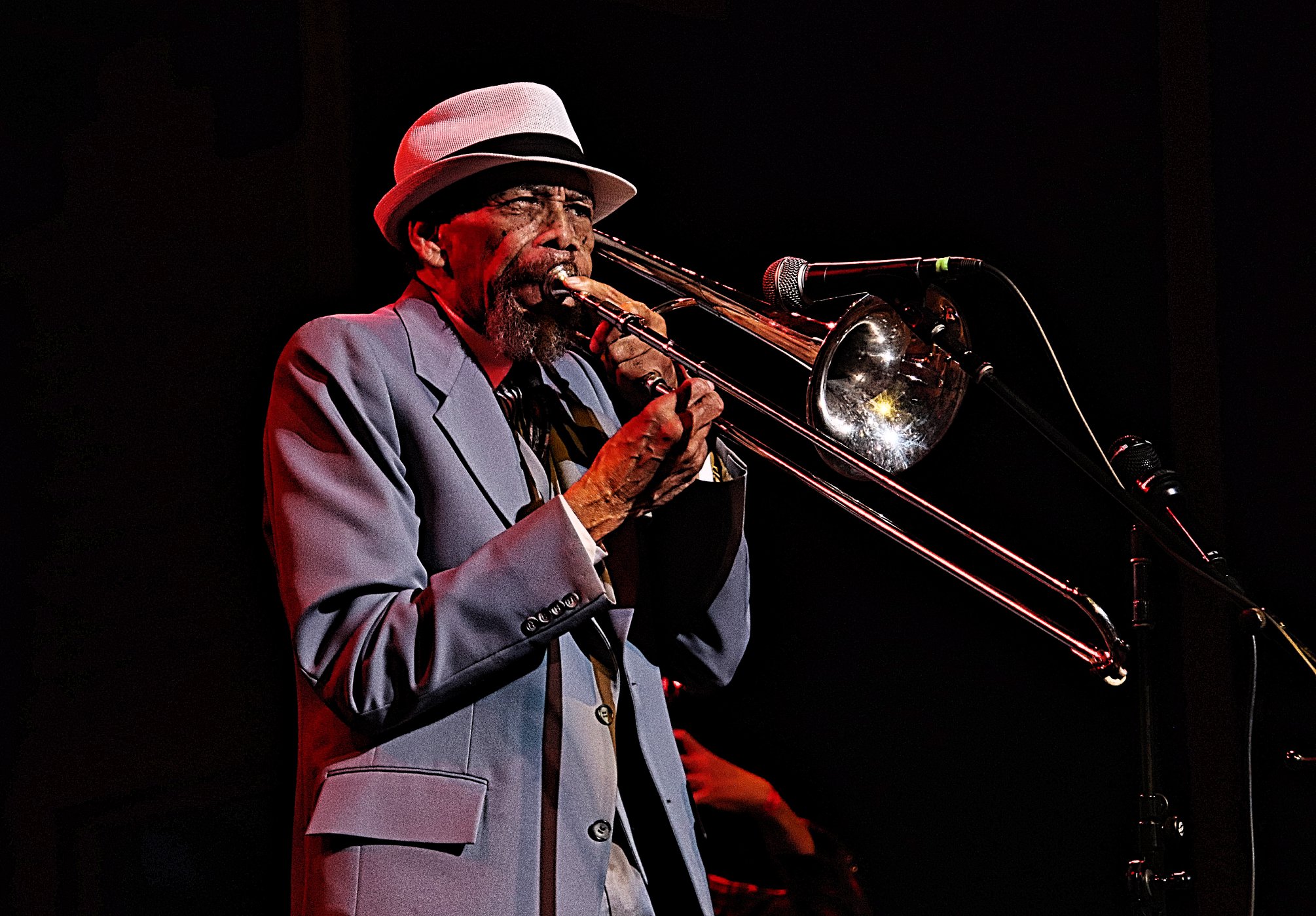